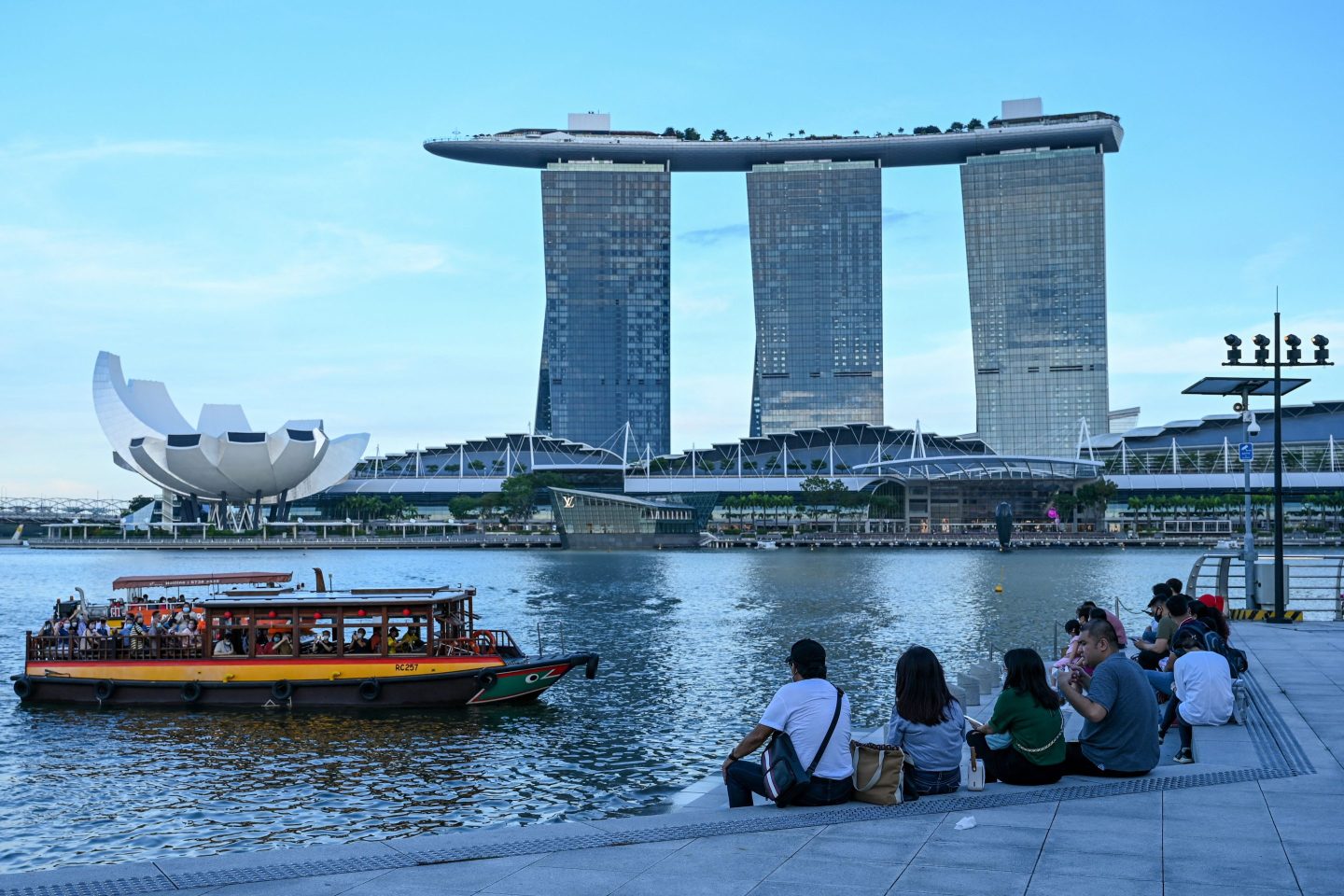 Singapore could soon boost its status as a global hotspot for the rich.

In eight years, over 13% of Singapore’s adult population will be worth $1 million or more, surpassing the proportion of millionaires in the U.S., China, and 12 other Asia-Pacific economies, according to a new report by global bank HSBC.

By 2030, the bank predicts that only 8.8% of U.S. adults and 4.4% of Chinese adults will be millionaires. Among Asian economies, Australia will come in second to Singapore with around 12.5% of its adult population as millionaires by that time, and Hong Kong will come in third with 11.1%.

Singapore currently has the second-highest percentage of millionaire adults at 7.5%, just behind Australia’s 8%, but ahead of Taiwan’s 5.9%.

The island has long been considered a capitalist paradise: an economically thriving city-state that requires minimal taxes from citizens, while still providing a decent social safety net. HSBC expects it will continue to scale the ranks of top destinations for expats in tech and finance as global businesses and professionals flee Hong Kong, and wealthy Chinese citizens shift their capital to the country.

Many of the world’s richest individuals—from Li Xiting, founder of China’s biggest medical equipment manufacturer, Mindray; to Facebook cofounder Eduardo Saverin; to founder of gaming and e-commerce giant Sea Forrest Li—have all set up homes in the Lion City.

In recent years, Singapore has reinforced its status as a safe haven for capital in Asia, as global businesses and professionals became strained under Hong Kong’s and mainland China’s rigid COVID-19 policies, in addition to Beijing’s tech crackdown. This helped spur a rush of expats and Chinese money to the city. One founder of a corporate services firm in Singapore told CNBC in March that 50 of her clients—the majority of whom were from China—opened family offices in Singapore. Each family office held at least $10 million in assets.

Singapore might soon have the largest proportion of millionaires in its adult population, but the wealth of its neighbors is also growing.

In eight years, the number of adults in Asia with a net worth of over $250,000 could reach 350 million; in India, that number will triple to 60 million. Over 2 million Vietnamese adults will own at least $500,000 by the end of the decade, surpassing even Singaporeans.

HSBC chief Asia economist and cohead of Asia global research Frederic Neumann, who authored the bank’s report, wrote in an article for Business Today earlier this week that the world should “take stock of Asia’s rising wealth.”

“The region’s overall financial wealth, from bank deposits to securities…[shows that it’s] hardly short of capital. [Asia’s] growing wealth shines a light on the societal resources that are ultimately available to lift millions more out of poverty,” Neumann said.