Elon Musk reveals the one sports team he’d like to buy: Fallen English soccer giants with an American owner despised by fans 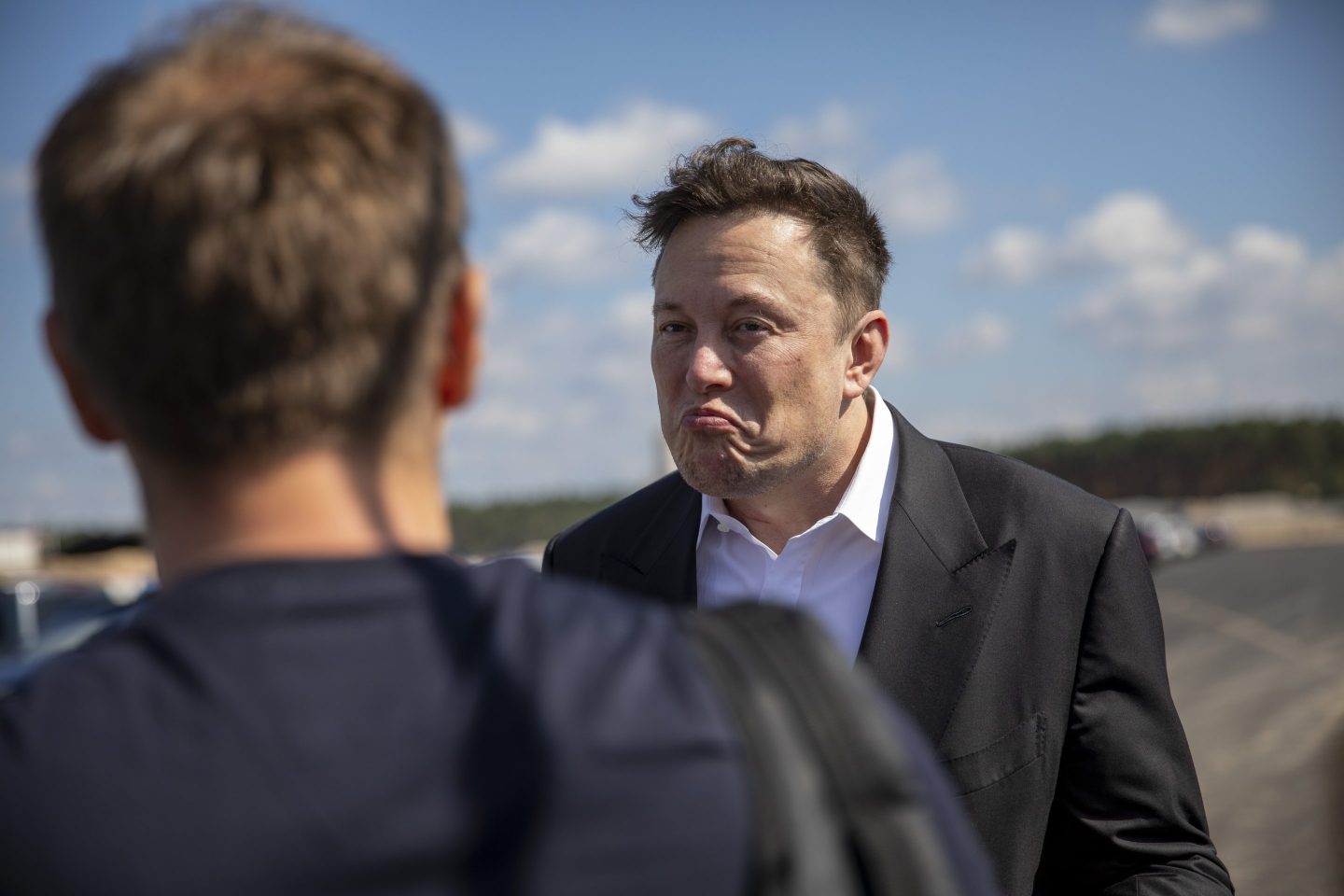 Polarizing centibillionaire Elon Musk briefly sent the hearts of Manchester United fans racing the world over on Tuesday, claiming he was poised to wrestle control of the club out of the clutches of its hated current owners.

Wealthy patrons and sports clubs go hand in hand, so it’s no surprise that the visionary CEO might toy with the idea of backing a team.

One as prestigious as United also boasts hundreds of millions of fans across the globe, who might be more partial to purchasing one of Musk’s Teslas if he were to acquire the club.

After clarifying that an earlier tweet about buying the club was a joke, he did go on to reveal a longstanding soft spot for the Premier League title record holders.

“If it were any team, it would be Man U,” he posted to Twitter, using a name for the club many traditional United supporters in England eschew. “They were my fav team as a kid.”

Alas, it was all in jest, but fans who have endured too many seasons of disappointment got excited by the thought of the deep-pocketed CEO rescuing their club from its creeping demise.

That’s because if there’s a figure more universally despised by United fans than anyone else in soccer, it is Joel Glazer, the club’s American chairman and owner of the NFL’s Tampa Bay Buccaneers.

He inherited ownership from his father, Malcolm Glazer, who acquired United in a 2005 leveraged buyout that saddled the club with a mountain of debt, effectively forcing the club to pay for its own acquisition.

“There’s a family over there in America who are just literally letting their employees take all the hits for them, and that is unforgivable,” vented former United player and football commentator Gary Neville following a 0-4 drubbing by lowly Brentford, playing in just its second season in the Premier League.

He demanded the owners stop “hiding in Tampa” and address the problems: “Joe Glazer has got to get in a plane to Manchester tomorrow…and he’s got to tell everybody what the hell his plan is with the football club.”

By comparison, Chelsea FC supporters spoke well of their Russian oligarch owner, Roman Abramovich—even through the Ukraine war—because of all the money he pumped into the Blues to win titles.

United is England’s most storied side, having scooped up 20 league titles, one more than archrival Liverpool—13 of which were won under its totemic former manager, Sir Alex Ferguson.

It has seen triumph with the last second UEFA Champions League 1999 win over Bayern Munich in stoppage time, and endured tragedy with the air disaster of 1958 when the side’s plane crashed in Munich killing eight of England’s most talented football players.

Thanks to its rich and moving history, the stadium at Old Trafford ranks along with Real Madrid’s Bernabeu and Barcelona’s Camp Nou as a pilgrimage site for football fans the world over.

Yet the glory days when fans of the Red Devils were spoiled with silverware are over.

With Ferguson’s departure in 2013, the club slowly drifted into mediocrity, churning through a seemingly never-ending slew of managers.

Everyone from the strict Dutch schoolmaster Louis van Gaal and United’s legendary Welsh midfielder Ryan Giggs to the “Special One” José Mourinho tried their hand at coaching the side, only to fall far short of expectations.

Not even the return of its former star winger, Cristiano Ronaldo, after years of goal scoring at Real and Juventus energized the club last season. Already he’s pushing to be released from his contract in order to still qualify to compete in Europe’s top competition with another team.

Worse, the club’s once pitiful local rival, Manchester City, has eclipsed it thanks to the coaching skills of Pep Guardiola and the bankroll of its wealthy Emirati owner, Sheikh Mansour.

Now the Citizens are at the top of the table, while United sits dead last and faces relegation to the dreaded second league if it doesn’t improve.

Fans have for years believed to know who the guilty party is: the Glazers.

As long as a decade ago, a group of wealthy United supporters around former Goldman Sachs banker Jim O’Neill dubbed the Red Knights sensed that the Glazers were not a safe pair of hands and attempted to wrest control of the club from the American family.

That’s because the family is widely viewed as locusts, asset-stripping the club while letting the team, staff, and facilities fall into a state of neglect.

Daily tabloid The Sun estimated on Tuesday that the Glazers have drained club coffers to the tune of 1.1 billion pounds ($1.3 billion) in interest, dividends, and fees since taking control.

“The only money that has been spent on players at Manchester United is the money the club has generated or that it’s borrowed,” Neville said on the weekend.

“It does not come from the families; let’s get this out of our heads that the Glazer family is putting money in every year like Roman Abramovich did.”

Maybe Musk can be convinced to buy it in the end—money is after all no problem for the world’s wealthiest person, especially if he can exit his $44 billion takeover of Twitter.

Even if his remark about purchasing United was just in jest, he confided in April that he launched his Boring Company as a joke.

Reportedly the Glazers are willing to sell.

All they are asking for reportedly is just a tenth of what Musk was prepared to pay for the social media platform.