Climate change is forcing real estate developers to retrofit buildings for energy efficiency. How one company with 485 properties is tackling the challenge 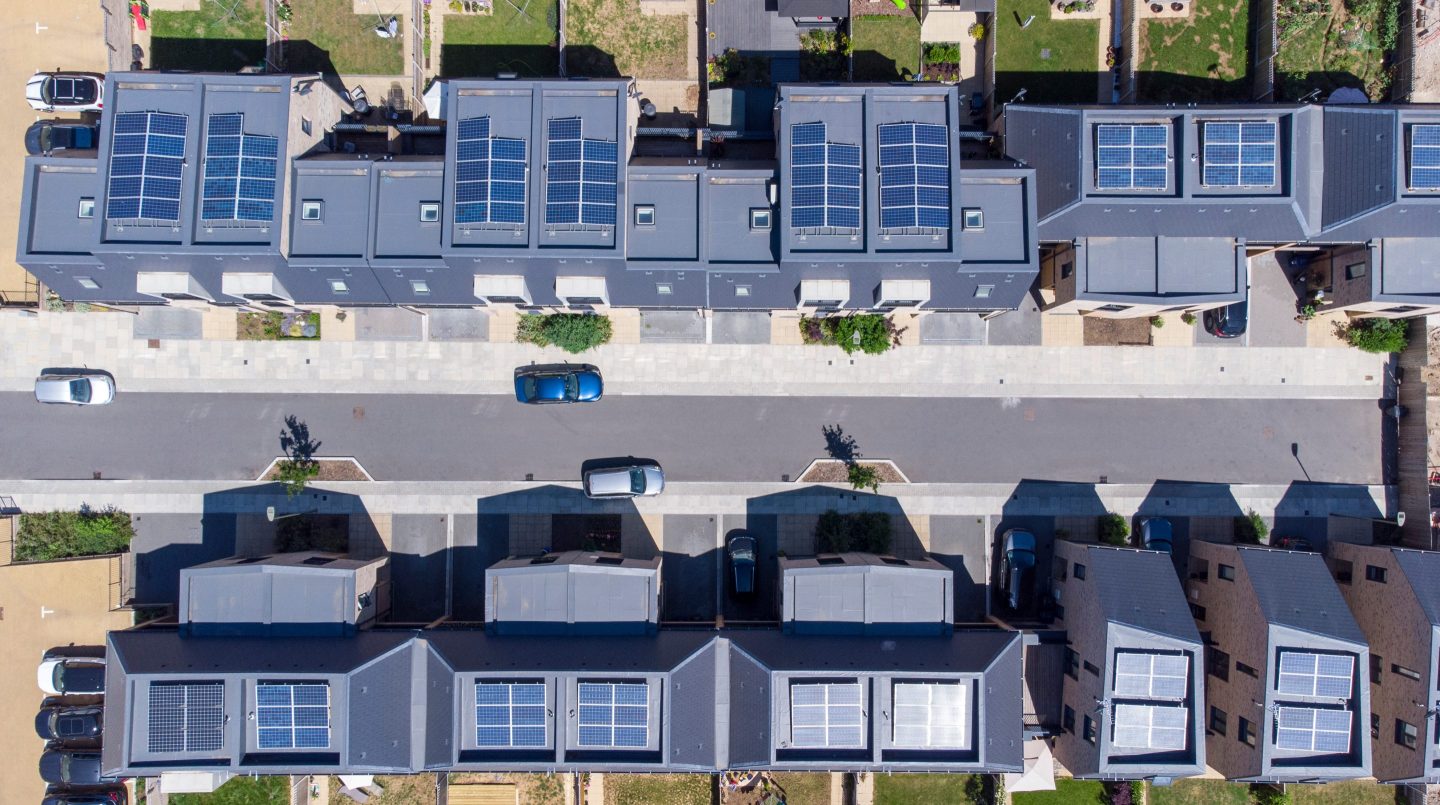 Last week I spoke with James Morrison, head of ESG in APAC at real estate investment, development and management firm Hines, about the challenges facing the real estate industry on the path to net-zero carbon emissions.

The real estate industry is responsible for roughly 40% of global carbon emissions and decarbonizing the sector is pivotal to achieving an economy with net-zero emissions by 2050. According to McKinsey, roughly 11% of the sector’s emissions come from construction, but the remainder are produced by the real estate industry’s operational aspects—the carbon produced by fuels burned to provide properties with lighting, cooling and heating systems.

Texas-based Hines has $90.3 billion worth of assets under management, including 485 properties that fall under the purview of Hines’s net-zero goal, which the company announced in June, targeting a 100% elimination of carbon emissions on the operational side of its buildings by 2040.

“I think the most practical thing for new development is making a well-insulated, all-electric building…and to find what green energy sources you can have as the energy inputs into the building,” Morrison says.

Seems simple enough, but new builds are only a fraction of the problem. A popular stat among real estate analysts is that developers have already built 80% of the buildings that will be here in 2050, which makes retrofitting existing properties with energy-efficient technology a much more pressing issue than building new green ones.

Washington, at least, has recognized the importance of updating its existing building stock. The just-passed climate-focused Inflation Reduction Act provides up to $10,000 in rebates for homeowners who improve the energy efficiency of their homes. Meanwhile, protesters in the U.K. have demanded the government cover the cost of insulating energy inefficient houses, but Parliament has yet to budge.

Besides saving energy and the planet, retrofitting old buildings could deliver an economic windfall too—Canadian think tank Pembina estimates the North American country could add 200,000 jobs and an annual $48 billion boost to its economy by incentivizing retrofits.

Exclusively sourcing renewable energy is the most surefire means of slashing operational carbon emissions, but Morrison laments that ensuring a building has green energy is up to utility companies—not the landlord or developer. Real estate developers must take it on an “act of faith” that utility operators are all “moving in the right direction,” he says.

Instead, Hines is more focused on how landlords like itself can help tenants reduce energy consumption, thereby lowering the building’s overall level of emissions.

“Any tenant of significance has their own [emission] reporting obligations, so [landlords should] make them partners in this common goal that society has to reduce energy usage,” Morrison says.

Hines, for its part, has mandated that tenants not burn fossil fuels on-site—effectively outlawing gas boilers and cookers. The company also says it is developing a “data management plan to track, manage, and report on emissions at the property, portfolio, regional and firm-wide level.”

The good thing about a “data management plan” is that the tools needed to measure outputs like electricity usage are easy and cheap to retrofit into old-build properties. Other buildings that require more costly retrofits—such as installing heat pumps or insulation—risk becoming stranded assets if the cost of converting the property to a carbon-neutral building exceeds the return an investor can expect.

The International Renewable Energy Agency (IRENA) reports $11.8 trillion of global real estate assets risk becoming “stranded” by 2050 due to the demands of climate change. Morrison says Hines is already “looking closely at buildings that we think is going to become a stranded asset and that may be better to exit earlier than not.”

Correction August 18, 2022: This article was corrected to show Hines has included 485 buildings under its net-zero target, not 442.

The U.S. Environmental Protection Agency (EPA) requires oil and gas companies to slash methane emissions but some producers are relying on a dubious interpretation of the word “operational” in EPA guidelines to report reductions without actually cutting emissions. One company, Range, claimed to have reduced its methane emissions 93% in 2021 through this accounting trick that relies on an unorthodox interpretation of when certain gas-releasing equipment is “operational.” The EPA says Range’s interpretation of its rules is invalid but other oil majors, including BP, appear to do the same. Bloomberg

Burning biomass to generate energy is a key feature of the U.K.’s plan to develop a net-zero economy, but on Thursday the country’s business secretary, Kwasi Kwarteng, admitted the government had not fully investigated whether biomass plants are sustainable. Over the past decade, the U.K. has spent millions subsidizing one such biomass power plant, which generates electricity by burning wood pellets shipped from the U.S. Kwarteng, who joined the government in 2021, said that arrangement “doesn’t make any sense.” Financial Times

Scientific American has canvassed academic opinion on the U.S.'s landmark climate bill, the Inflation Reduction Act (IRA), which President Joe Biden signed into law on Tuesday. The bill delivers over $370 billion in funding for green technology, although it also provides some victories to the fossil fuel industry. The concessions won by oil industry lobbyists could jeopardize the bill’s overall goal of cutting greenhouse gas emissions 40% by 2030, but most analysts think the IRA puts the U.S. on the right track. Scientific American

The Wall Street Journal reports that Berlin is planning a U-turn on its decade-old plan to phase out nuclear power plants by the end of the year, as the war in Ukraine continues to throttle Germany's energy supplies. However, the government has yet to officially adopt a proposal to extend the life of Germany's nuclear power plants, due for closure in December, and doing so would require a vote in parliament. The three nuclear plants provide roughly 6% of Germany's electricity. WSJ

It gets hotter every year, and a new study shows how much climate change is already costing the global economy by Tristan Bove

Hydrogen fuel cells are not as ‘dumb’ as Elon Musk says. Here’s how they could improve the EV market by Marcus Baram

Polyester-cotton blends are cheap, long lasting—and account for half of textile waste. A relaunched biofuel startup has invented a way to recycle them into new threads by Ian Mount

At the German town of Kaub, 40 miles west of Frankfurt, the depth of the river Rhine had dwindled down to just 47 centimeters as of last Friday—well below the 80-cm depth required for freight barges to pass down the river fully loaded. Heatwaves and drought have diminished the vital waterway, forcing freight runners to carry less cargo, inflating costs for shippers. Four years ago, when drought evaporated the Rhine, container ships were brought to a standstill, wiping billions off the economy. That 2018 slowdown lasted seven weeks. Deutsche Bank warns disruption from this year’s drought could last “much longer.”