Polyester-cotton blends are cheap, long lasting—and account for half of textile waste. A Bill Gates-backed startup has invented a way to recycle them into new threads 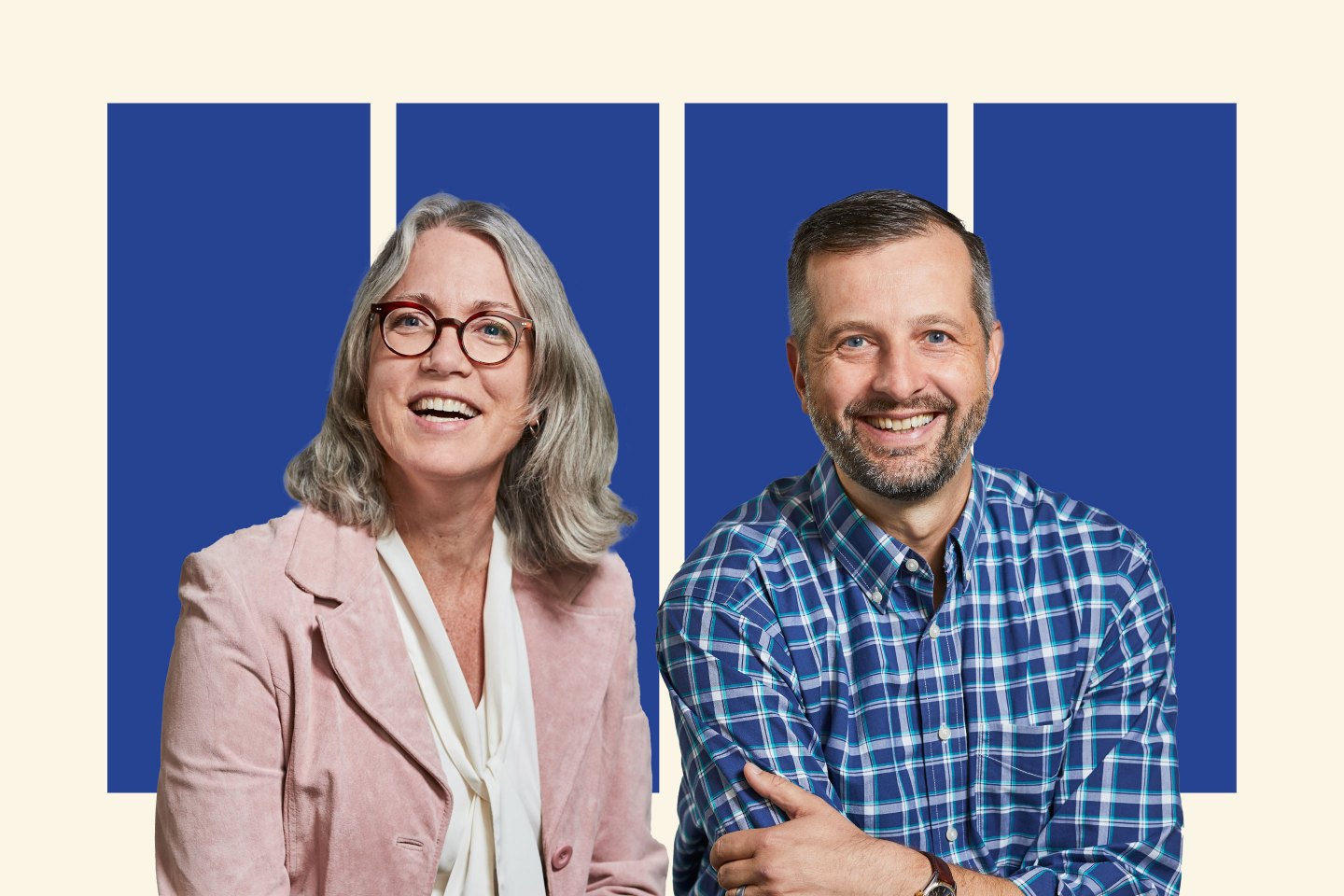 The advent of fast fashion kicked textile manufacturing into overdrive, with production doubling between 2000 to 2015. Fast fashion’s low cost and easy accessibility promoted the idea that textiles were disposable, and consumers bought into it. The average European produces about 33 pounds of textile waste a year, only 19% of which is recycled. A full truckload of textile waste is dumped into a landfill or incinerated every second.

But there’s a piece of good news here—the recycling of textiles is improving. The EU will require textile waste to be collected separately, like paper or glass, by 2025. H&M says it tripled the use of recycled materials in its products to 17.9% in 2021 and aims to reach 30% by 2025. And in June, Goldman Sachs led a $100 million investment round in the Spanish company Recover, which uses textile waste to create cotton fibers for new apparel.

The world is progressing on this front because it’s become cheaper to recycle and reuse polyester and cotton. But textiles made by combining the two materials—poly-cotton blends—continue to vex the process.

“We don’t currently have a scalable means of recycling poly-cotton blends…back into textiles,” says Peter Majeranowski, CEO of Circ, a Virginia-based textile recycling startup. “The plastics industry has known how to break down pure polyester [PET] for decades. When a synthetic fiber like polyester is intentionally blended with a natural fiber like cotton, however, it becomes a huge challenge to economically recycle one without degrading the other.”

Circ, an 11-year-old refounded startup, has tried to solve this problem. A rare recycler dedicated to blends, Circ developed a novel system that uses pressure, hot water, and what it calls “environmentally friendly” chemicals to separate the polyester and cotton blend without destroying either fiber.

In July, Circ announced that it had raised $30 million in a Series B round of financing led by the Bill Gates–founded Breakthrough Energy Ventures along with Inditex, the Spanish parent of Zara, and others. (It declined to provide its Series B valuation.) Circ will use the money to further develop its process and machinery. Circ raised an $8 million Series A in 2020 that was led by Tin Shed Ventures, the venture capital fund of outdoor apparel brand Patagonia.

If Circ can fine-tune and scale its process, it can address “one of the biggest challenges facing the textile industry,” an Inditex spokesman told Fortune. Retailers are desperate to reduce their environmental footprint, and poly-cotton—prized for being cheaper, stronger, and faster-drying than pure cotton and more breathable and natural-feeling than pure polyester—accounts for about half of all textile waste.

Europe’s rate of textile recycling—roughly one-fifth of all castoffs—is actually high compared with global standards, says Rajib Barman, an analyst at Transparency Market Research. Worldwide, only about 7% of textile waste is recycled, he says, and researchers have found that less than 1% of clothing material is recycled into new duds.

These numbers are rising, however, as recycling becomes more commercially viable. Historically, three methods have turned textile waste into reusable material. Mechanical recycling cuts and grinds textiles into usable fibers, which is inexpensive but degrades the fibers. Thermo-mechanical recycling uses pressure and heat to melt synthetic textiles and turn the recovered polyester polymers (PET) into fibers or plastic pellets, but the process cannot be used for natural fibers. And finally chemical recycling mixes heat, water, pressure, and solvents to break down cotton or polyester to their most basic components, which can be used to create almost “virgin” fibers.

The issue until recently is that technological limitations meant that most recycling companies concentrated on recovering one fiber type, and either totally avoided blends or discarded the part of the blend that was not their focus. “Having a well-defined input is very important in textile recycling,” says Tom Duhoux, a researcher in circular economy at VITO, the Flemish Institute for Technological Research, in Belgium. “What goes in also comes out. This defines the output quality and economic effectiveness of the process.”

The Textile Exchange, which advocates for sustainable and recycled fabrics, says recycled polyester accounted for 15% of the polyester market in 2020, up from 11% in 2010. Recycled cotton accounted for about 1% of its market in 2020. According to Future Market Insights, the clothing recycling market is expected to grow to $16 billion in 2032 from $5.8 billion in 2022.

Circ overcomes the challenges of recycling blends by modifying chemical recycling so that both components in the blend emerge from the process largely unscathed. In something akin to a pressure cooker, the startup uses solvents, heat, and water whose pH has been raised to quickly liquefy the polyester and break it into monomers—its basic components—of terephthalic acid (PTA) and ethylene glycol (EG).

“It’s a hydrothermal process—a fancy word for hot water,” says Majeranowski. “You put garments into the machine and add water and pressure and heat and responsible chemistry. After you break down polyester into its building blocks, it goes into the liquid stream, and cotton goes into solid stream.”

After the resulting polyester “liquor” is removed, the material left behind is what Julie Willoughby, Circ’s chief scientific officer, calls a cotton “skeleton.” If a 50/50 blend T-shirt went through the process it would come out half as thick. “Imagine a T-shirt you’ve washed 100 times because you love it and can’t give it up,” says Willoughby.

The separated components can then go into reusable materials. The PTA and EG can be rejoined to make virgin PET for plastic bottles or new fiber. The cotton—cleaned and dried to the point it resembles cotton balls—is dissolved in a reusable solvent to form a honey-like “dope” that’s pressed through a sort of sieve to create fibers of lyocell, a man-made cellulosic fiber (MMCF) that, like cotton, is based on cellulose.

The real innovation of Circ’s process is that it has managed to speed up the “depolymerization” of the polyester so much that the cotton cellulose is preserved rather than destroyed in the process, which means both blend components can be used to make new textiles. The company says it can recover close to 90% of the fabric input.

“Circ’s process is largely heat driven and uses a fairly benign process in terms of chemical inputs. We were very supportive of that,” says Libby Wayman, the partner at Breakthrough Energy Ventures who led the deal.

At its founding, Circ wasn’t recycling clothing. In fact, it wasn’t even called Circ. Majeranowski and several partners launched the startup as Tyton Biosciences in 2011 to investigate ways of creating biofuels from modified tobacco plants.

As a Navy surface warfare officer, Majeranowski had boarded ships smuggling Iraqi oil in the Persian Gulf in 2000 and 2001. The experience made him realize that fossil fuels gave “a lot of leverage” to bad actors, leading him to explore biofuels. “What’s better than farmers producing energy?” Majeranowski says.

Five years in, however, investors lost interest in biofuels when oil prices crashed. Majeranowski and his partners, including Circ chief technology officer Iulian Bobe, a business school classmate and chemical engineering Ph.D., tried to repurpose their hydrothermal pressure process to break down plant matter into pulp for the paper industry. Circ discovered its current purpose when the team took a Swedish commodities trader up on the suggestion to try the pressure process on a T-shirt—and it worked on blended material.

Today, Circ is only operating a pilot industrial plant, which has a recycling capacity of several tons per day. It plans to open its first factory, which will process 65,000 tons per year, in 2025. “That’s the first of many. We want to cut and paste,” Majeranowski says.

There are hurdles to clear before then—price and quality chief among them. Circ plans to make money selling “circular” yarns for use in the global textile industry, but it has yet to announce deals to supply recycled textile fiber to its apparel partners, which include investors Inditex, Patagonia, and Milliken & Co., among others. Majeranowski says Circ will announce such deals soon. The company says it expects the manufacturing costs of its products to be comparable to those of virgin material.