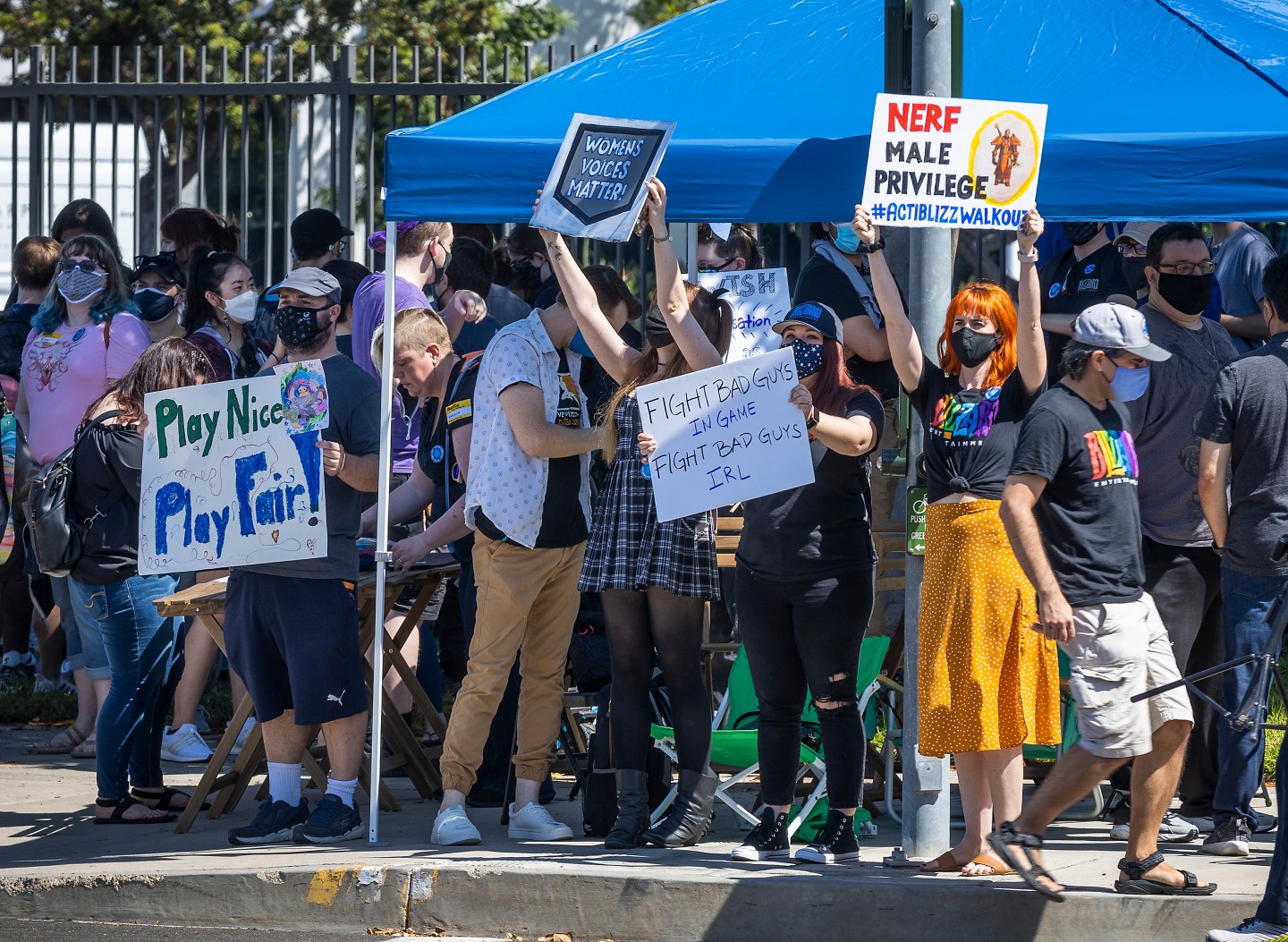 Video-game maker Activision Blizzard is facing fresh accusations of labor law violations, with workers alleging the company spied on them and attempted to stop them from communicating about pay and working conditions.

The Communications Workers of America (CWA) union filed an unfair labor practice charge against the company with the National Labor Relations Board earlier this week.

In the filing, the CWA alleged that Activision “engaged in illegal surveillance of workers during the walkout to end gender inequity” and “cut off access to a chat channel where workers were discussing wages, hours, and working conditions.”

The company—behind smash-hit franchises Call of Duty, World of Warcraft, and Crash Bandicoot—was also accused by the CWA of threatening to shut down other internal channels of communication where workers discussed labor issues.

The CWA argued that these were examples of Activision’s “continued efforts to undermine and suppress workers’ right to organize.”

U.S. workers covered by the National Labor Relations Act have a legal right to discuss their pay and working conditions with their colleagues.

A spokesperson for the CWA told Fortune in a phone call on Wednesday that under current legislation, there were “not a lot of penalties” for companies found to be guilty of breaching labor laws—but the union was hopeful that a ruling against Activision would hold the firm to account and “make it clear to workers that they have rights.”

The CWA added that Activision employees had told the union it was “visibly pretty obvious” security personnel from the company had attended worker protests against gender inequity last July to observe them.

A spokesperson for Activision Blizzard told Fortune the CWA’s allegations about the company cutting off access to employee chat channels were false.

The company added that it routinely had PR staff on site at employee walkouts to answer questions from reporters.

“The CWA continues to create an inaccurate picture of Activision Blizzard that willfully ignores the facts,” they said.

“The CWA’s efforts are preventing the company from protecting our employees from disrespectful or disparaging remarks. Activision Blizzard remains committed to being the most inclusive and welcoming workplace. This includes the way individuals treat one another during meetings or in open forums.”

This week’s filing against Activision marks the CWA’s third unfair labor practice charge against the company.

Back in April, the CWA filed a grievance over Activision allegedly telling workers they were not permitted to discuss issues relating to the sexual harassment and discrimination lawsuit filed against the company.

Activision was sued by the State of California last year, with the lawsuit describing a culture of sexual harassment at the company in which female workers were discriminated against and paid less.

It was one of several lawsuits filed against Activision, including one that was settled for $18 million earlier this year and another that alleged “rampant sexism” at the company.

In May, U.S. labor board prosecutors ruled in favor of the CWA, finding that the company had illegally threatened employees and enforced social media policies that undermined their collective action rights.

The ruling created a headache for the company, which is working to finalize its $69 billion sale to Microsoft.

In July, the deal hit another hurdle when U.K. antitrust regulators opened a probe into the takeover bid.

The CWA told Fortune on Wednesday that Microsoft had agreed once the deal was complete that it would be “neutral” with union organizing.

“Activision is choosing a different path during this period [leading up to the takeover], and it’s incredibly frustrating; it’s putting workers through a lot of unnecessary stress and causing morale problems,” the CWA said.