Shunned by the West, Vladimir Putin turns to North Korea’s Kim Jong Un as an ally 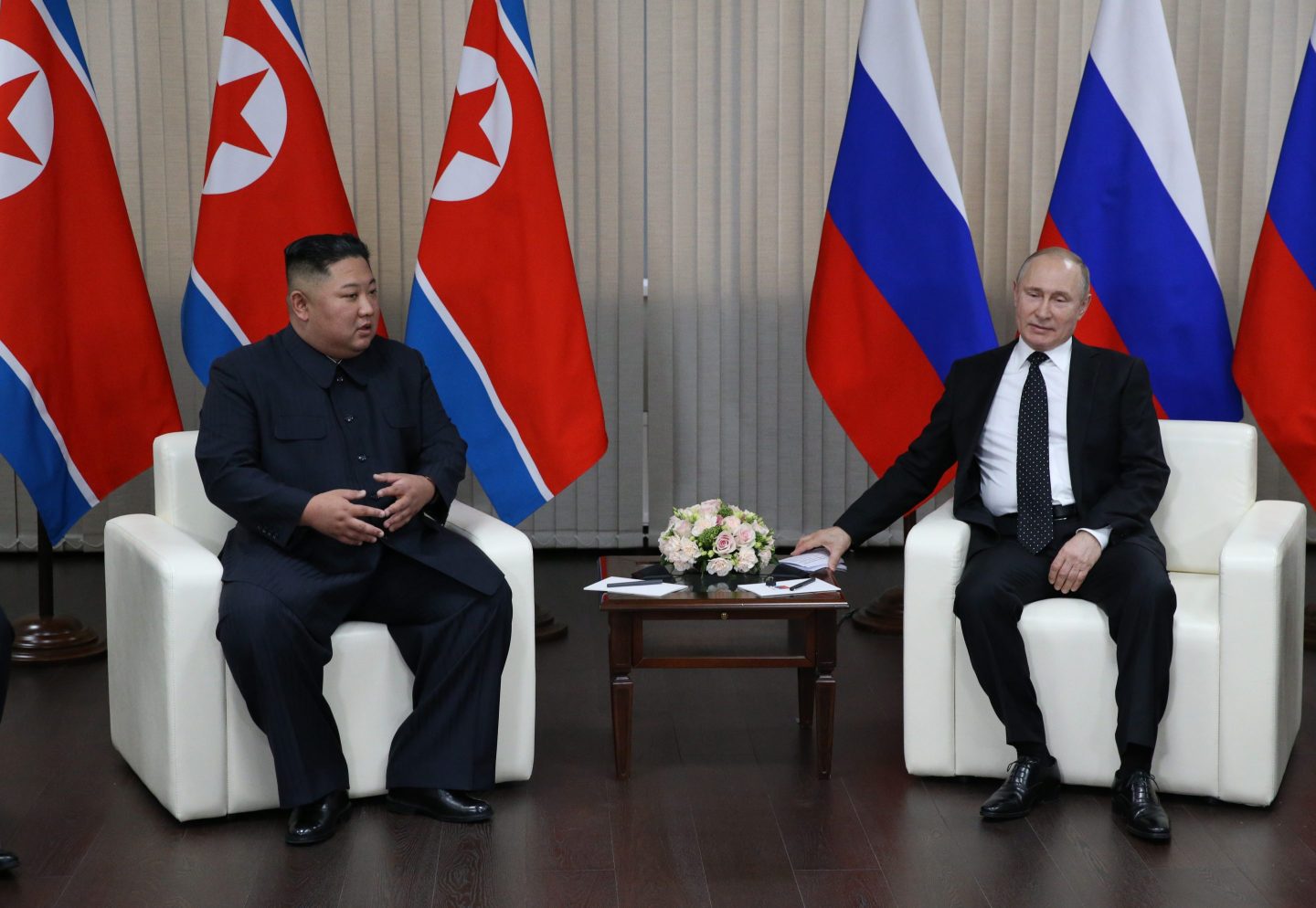 Russia’s relationship with North Korea is taking on renewed importance in the face of “hostile military forces.”
Mikhail Svetlov—Getty Images

Friends are running thin for Vladimir Putin, and the Russian president is now seeking to solidify ties with another pariah of the West, state media reports.

Putin and North Korea’s Supreme Leader Kim Jong Un have been drawn increasingly close to each other ever since Russia’s invasion of Ukraine at the end of February, and their two countries are now poised to strengthen their relationship in the face of rival “hostile military forces.”

The two leaders reportedly exchanged messages with each other on Monday, Aug. 15—a holiday observed in both North and South Korea celebrating the 1945 date when the Korean peninsula was liberated from 35 years of imperial Japanese rule—according to KCNA, North Korea’s state-sponsored media channel.

Both messages suggested that the two countries are aligned on important geopolitical issues, and will strengthen diplomatic ties with each other in the near future.

In Putin’s message to Kim, the Russian president wrote that North Korea and Russia should strengthen their relationship and diplomatic ties, signaling that the two countries will expand on “comprehensive and constructive bilateral relations” to help support shared interests on the Korean peninsula and in Northeast Asia.

And in Kim’s message to Putin, the North Korean leader lauded the long history of strong North Korea–Russia relations, suggesting that the relationship was set to take on more importance in the face of renewed global threats.

“The strategic and tactical cooperation, support, and solidarity between the two countries have put on a new high stage in the common front for frustrating the hostile forces’ military threat and provocation, and high-handed and arbitrary practices,” Kim wrote, according to KCNA.

The state media outlet did not specify whom the “hostile forces” referred to, although KCNA has on multiple occasions attributed the same phrase to the U.S. and its allies attempting to persuade North Korea to enter a military denuclearization agreement.

Kim has become an increasingly close ally to Putin ever since the first summit between the two leaders took place in 2019, when each pledged to boost diplomatic ties between their respective nations. The relationship has taken on a higher importance this year, as Kim has stood by Putin despite most of the world shunning the Russian president after Putin’s widely condemned invasion of Ukraine.

In previous statements by Kim reported by KCNA, the North Korean leader described Russia’s invasion of Ukraine as the “just cause of defending the dignity and security of their country.”

North Korea was one of only 24 Russian-allied states to reject the UN’s movement to remove Russia from the international Human Rights Council last April, a resolution that eventually passed in response to accusations of war crimes and mass killings leveled at the Russian army in Ukraine.