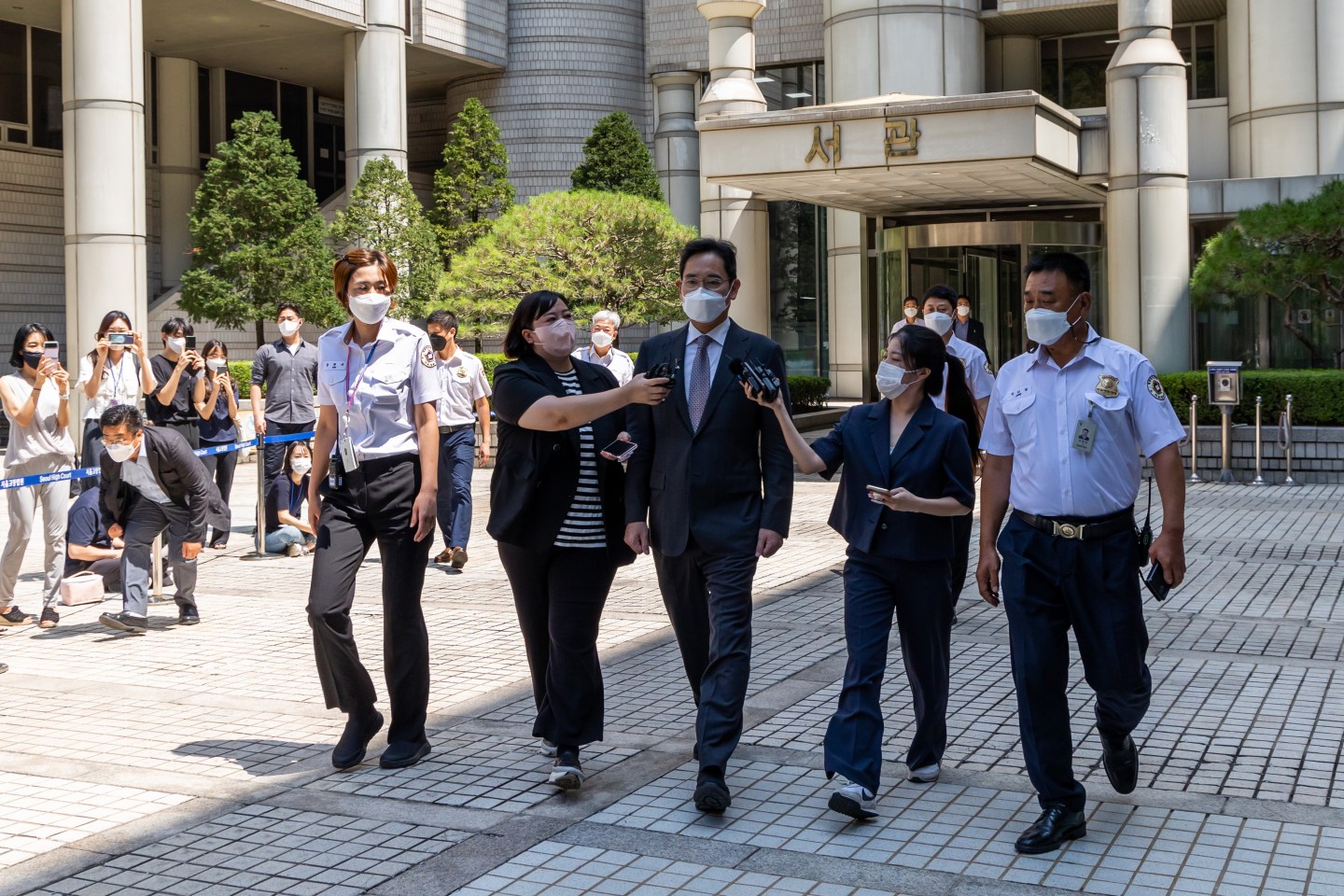 South Korean President Yoon Suk Yeol cleared the heir to the country’s biggest company of bribery charges, for which Lee spent 18 months in prison before his release on parole a year ago. Samsung’s shares rose as much as 1.3% in Seoul.

The decision clears the way for Korea’s most prominent business scion to officially take the reins of the world’s biggest maker of memory chips and smartphones. Lee’s return is regarded as a stabilizing force for a Korean economy buffeted by inflation, market disruption from the war in Ukraine and logistics snarls triggered by China’s Covid lockdowns. Rising tensions between the US and China over chip technology also complicate long-term plans for Samsung, which runs major fabs in the two largest economies.

Lee apologized to the Korean public on Friday and promised to “start anew.” “I will try harder to give back to society and grow together,” Lee said in a statement.

54-year-old Lee has been granted a special pardon effective as of Aug. 15, the country’s independence anniversary. He had initially been sentenced to 30 months for alleged attempts to bribe a sitting president and win government support for his succession. The reinstatement will allow him to rejoin the board at the tech giant as well as travel overseas for deals.

“Samsung’s in a crisis as it has lost its two strengths: technology leadership and strict management,” said Park Ju-gun, head of corporate research at Leaders Index. “There’s an absence of a control tower making the right decisions at the right time to keep its leadership in the semiconductor industry.”

The pardon enables Lee to officially regain his leadership role. Under the conditions of his parole, he was prevented from taking up employment for a period of five years and has only been receiving reports from company executives without having a proper board title. Lee is widely expected to expedite major strategic decisions ranging from chipmaking deals to governance reforms.

“In a bid to overcome the economic crisis by vitalizing the economy, Samsung Electronics Vice Chairman Lee Jae-yong, whose suspended prison term was ended recently, will be reinstated,” the Korean government said in a joint statement from its ministries.

Samsung warned during its earnings call last month that the war, inflation and waning consumer demand made it immensely challenging to forecast the year ahead.

One of the outstanding questions around Lee is whether he’ll seek to take over as chairman of the tech giant. Ever since his father Lee Kun-hee passed away in October 2020, the post to oversee the $280 billion company has remained vacant. Lee won’t be clear of legal woes for years as he’s being separately prosecuted in relation to a merger of Samsung subsidiaries, and will be attending weekly hearings related to that case.