‘A small but important sense of normalcy.’ McDonald’s moves to reopen restaurants in Ukraine for first time since the war began 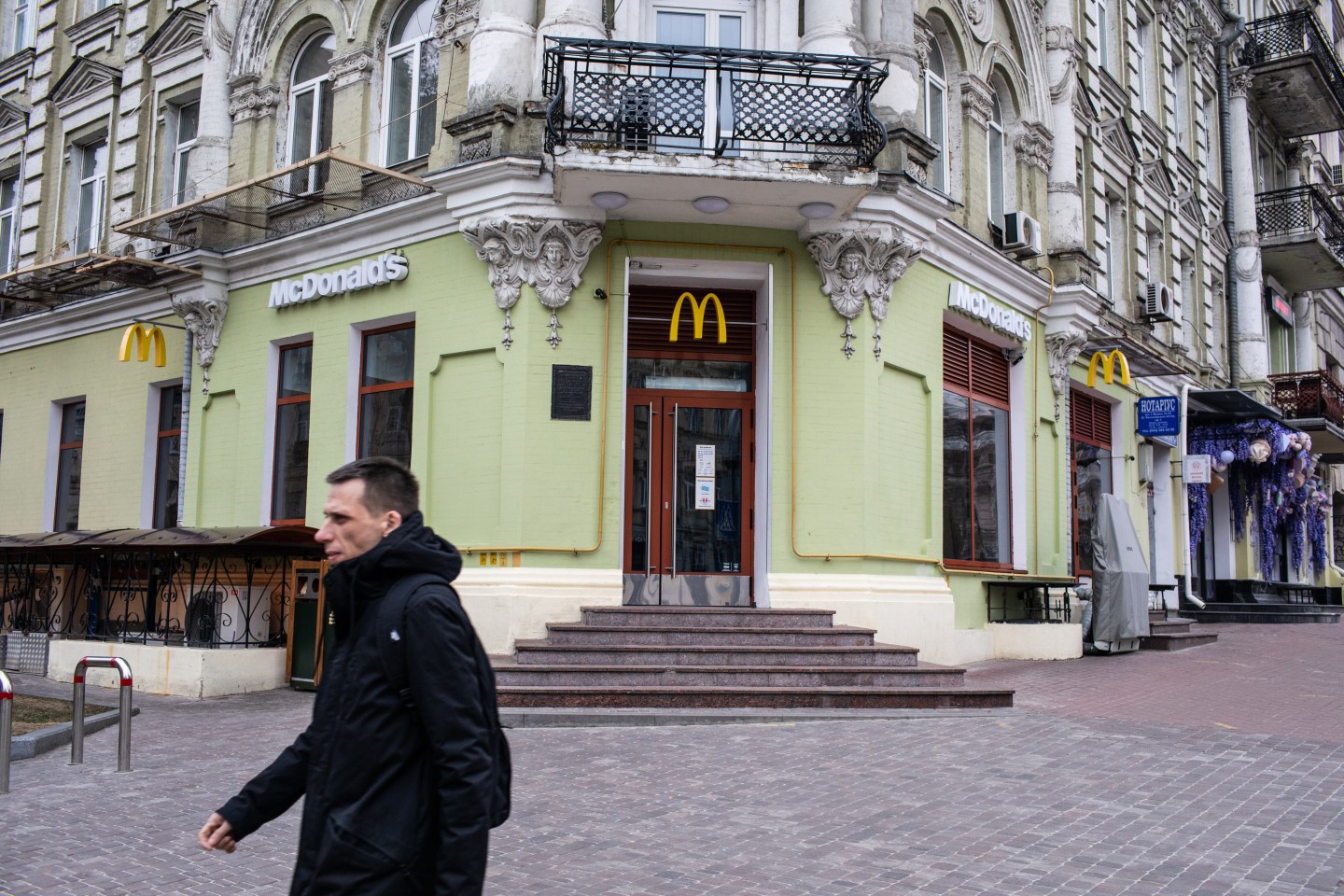 Western businesses are tentatively restarting operations in Ukraine, despite Russia’s war in the country showing no sign of abating well into its fifth month.

In an early sign that economic opportunity in Ukraine in the midst of a war might not be dead in the water after all, McDonald’s announced this week that it is moving forward with plans to reopen businesses in parts of the country.

“We’ve spoken extensively to our employees who have expressed a strong desire to return to work and see our restaurants in Ukraine reopen, where it is safe and responsible to do so. In recent months, the belief that this would support a small but important sense of normalcy has grown stronger,” Paul Pomroy, corporate senior vice president of international operated markets at McDonald’s, wrote in a statement.

McDonald’s will be initiating a “phased plan” to reopen restaurants in parts of the country considered safe, including western Ukraine and certain areas of capital city Kyiv, where other businesses have been able to safely reopen. Pomroy did not give an exact timeline on the reopenings, but said that the company would be gathering supplies and bringing employees back “over the next few months.”

Russian forces attempted to capture Kyiv and western regions of the country in the early days of the war, but a strong Ukrainian resistance was able to push the Russian army back. The clashes between the two forces are currently concentrated in the country’s south and east, areas that Russia has occupied and Ukraine is seeking to recapture.

McDonald’s has been in operation in Ukraine since 1997 and counted nearly 110 restaurants in the country when it paused its business there on Feb. 24, the day the war began, according to Pomroy’s statement. The company has continued to pay its more than 10,000 Ukrainian employees during the closures and has set up an assistance fund to help employees cope during the war, according to Pomroy.

McDonald’s decision to pause operations in Ukraine anticipated a similar move in Russia weeks later on March 8, as the company weighed the impact the decision would have on McDonald’s 62,000 Russian employees and billions in revenue. But unlike in Ukraine, McDonald’s eventually decided to cut ties with the Russian market, selling hundreds of its restaurants to a Russian businessman and McDonald’s franchisee in May.

Pomroy added that reopening McDonald’s locations in Ukraine would help “support the local economy and the Ukrainian people,” after the war dealt a severe blow to the country’s economy, which is expected to shrink by as much as 45% this year, according to an analysis from the World Bank.

McDonald’s reopening operations in Ukraine would be one of the first hopeful signs for Western businesses eager to return to the country. In March, Swiss food producer Nestlé became the first Western operation to do so, by reopening factories and warehouses in the central and western reaches of Ukraine, where the company employs around 5,000 people.

Ukrainian businesses have also struggled to reopen their doors during the war. Around half of Ukrainian-owned businesses of any size have reduced their hours and are only partially open, according to a July survey by Gradus Research, a Ukrainian market research firm. Only 22% of businesses reported working the same hours as before the war began.

Around half of Ukrainian businesses are also either considering or actively in the process of relocating to other parts of the country or abroad, according to the survey.