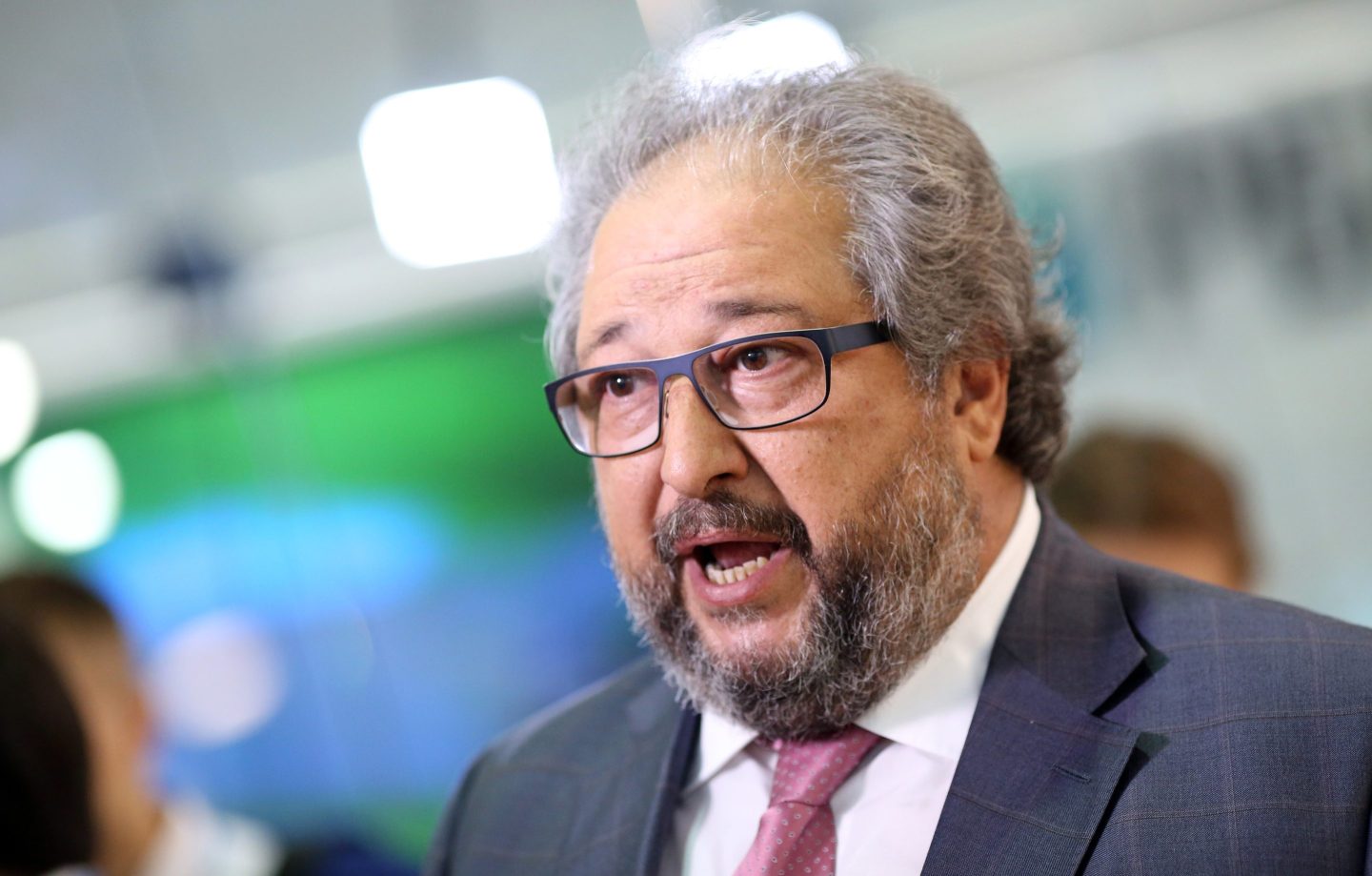 Boris Mints described the war as the "result of madness and hunger for power."
Chris Ratcliffe—Bloomberg/Getty Images

A Russian billionaire has spoken out against Putin’s invasion of Ukraine, in a rare statement labeling the war “vile” and claiming other Russian businessmen are “all afraid” to do the same.

Boris Mints, 64, told the BBC he feels the invasion is “the most tragic event in recent history, not only of Ukraine and Russia, but globally,” and compared the event to Hitler’s invasion of Poland in 1939.

“This war is a result of madness and hunger for power of a single person, Vladimir Putin, supported by his inner circle,” he told the broadcaster.

The founder of investment company O1 Group claimed that he is one of the very few Russian businessmen willing to comment because anyone who criticizes Vladimir Putin “has grounds to worry about personal safety.”

For those like him in Russia, he added, any “intolerance” towards Putin’s regime is usually met with punishment in the form of opening “a fabricated criminal case against their business.”

“Any business leader independent from [Putin] is seen as a threat as he or she may be capable of financing opposition or cultivating protest—as such, those people are seen as Putin’s enemies and, therefore, as enemies of the state,” Mints told the BBC.

Other oligarchs have made veiled criticisms of the war, but almost none have spoken out against Putin as directly as Mints.

Crackdown by the Kremlin

Mints, who resides in London, left Russia in 2015 over fears for his safety, shortly after the murder of businessman Boris Nemtsov, a fierce adversary of Putin. Authorities denied any involvement in Nemtsov’s killing.

Following his departure, O1 Group “found itself in an open conflict against Central Bank of Russia.”

“When things like this start to happen, it is a clear signal that one should leave the country immediately,” he said.

Crackdown on any opposition by the Kremlin is commonplace; Russian news channels are controlled by the regime, and unauthorized protests have been banned in the country since 2014.