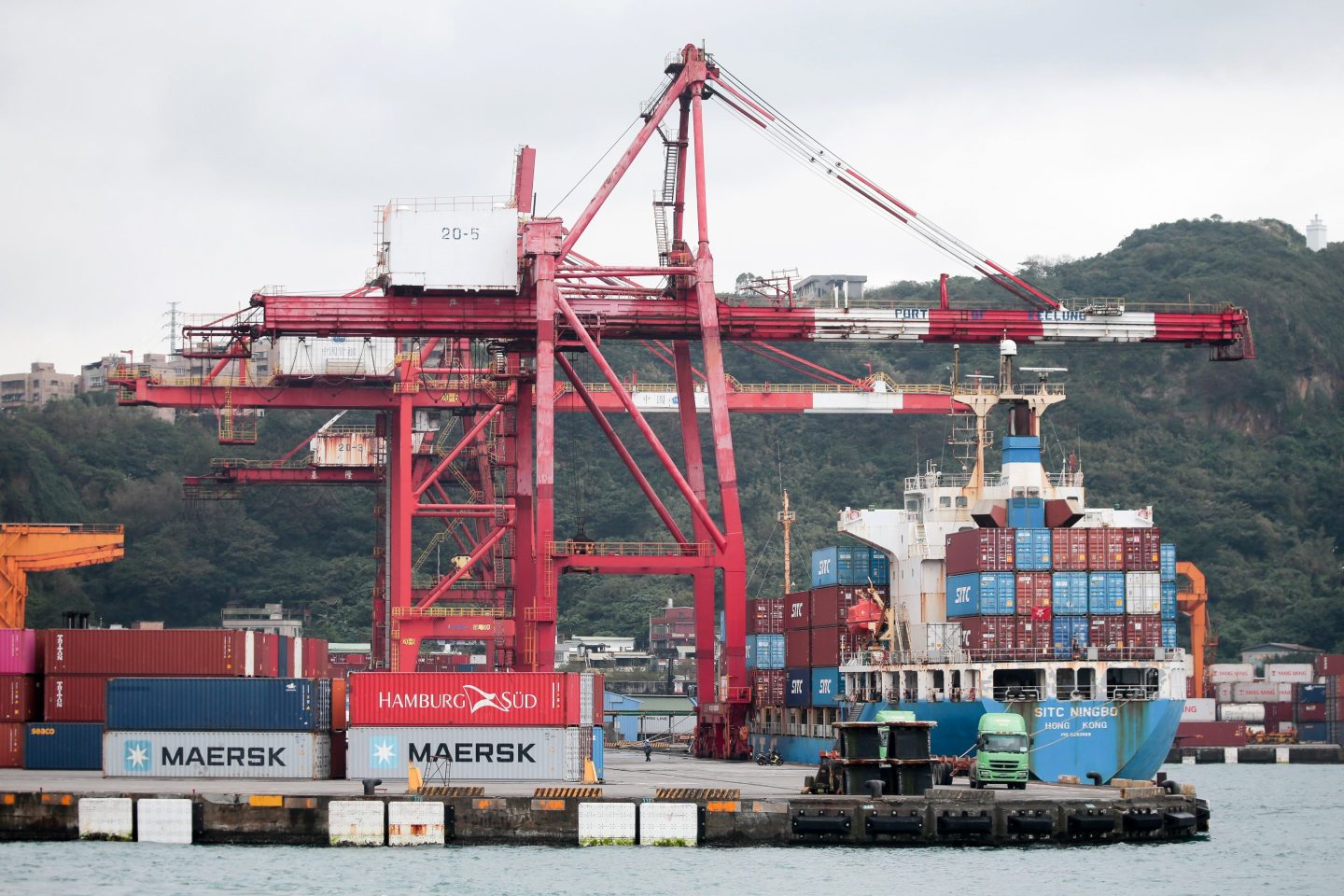 Taiwan's Port of Keelun. Taiwan exports extended their double-digit growth for a tenth month, with shipments from the island in 2021 smashing all records due to soaring demand for technology products and components.
I-Hwa Cheng—Bloomberg via Getty Images

Immediately following House Speaker Nancy Pelosi’s historic and highly publicized visit to Taiwan, China responded with a series of military drills around the island and imposed several trade restrictions, including import bans on fish and fruit.

Tensions between China and Taiwan have long simmered amid China’s assertion that Taiwan is in fact a breakaway territory that will eventually be reunited with the mainland. Taiwan maintains that it is a sovereign nation.

On Monday, Beatrice Tsia, the chief statistician at Taiwan’s Ministry of Finance, said the restrictions imposed by China are unlikely to have a major impact on Taiwan because of how closely connected the two economies are.

China is on the receiving end of 37% of all of Taiwan’s exports, according to the Taiwanese Ministry of Finance, and exports overall are up about 14.2% this year. China received around $16 billion worth of shipments from Taiwan in July 2022, compared to its second largest trading partner, listed as the Association of Southeast Asian Nations, which includes Indonesia, Thailand and Singapore, receiving nearly $7.5 billion worth.

China conducted military drills in both the airspace and waters of Taiwan last week in response to Pelosi’s visit to the island. On Monday, China announced it would hold new drills around Taiwan.

And although it banned some imports, it targeted ones that would have little effect on the overall economic relationship between the two areas. Taiwan’s agriculture exports accounted for only 0.6% of total exports last year, Bloomberg reported, citing DBS Group Holdings.

“What needs to be watched is whether Beijing will broaden the trade bans into the manufacturing sector,” Ma Tieying, a senior economist at DBS, told Bloomberg. “Particularly semiconductors [and] electronics going forward.”