Kyrsten Sinema wants to snuff out stock buybacks by adding an excise tax. Here’s why that would hurt regular shareholders 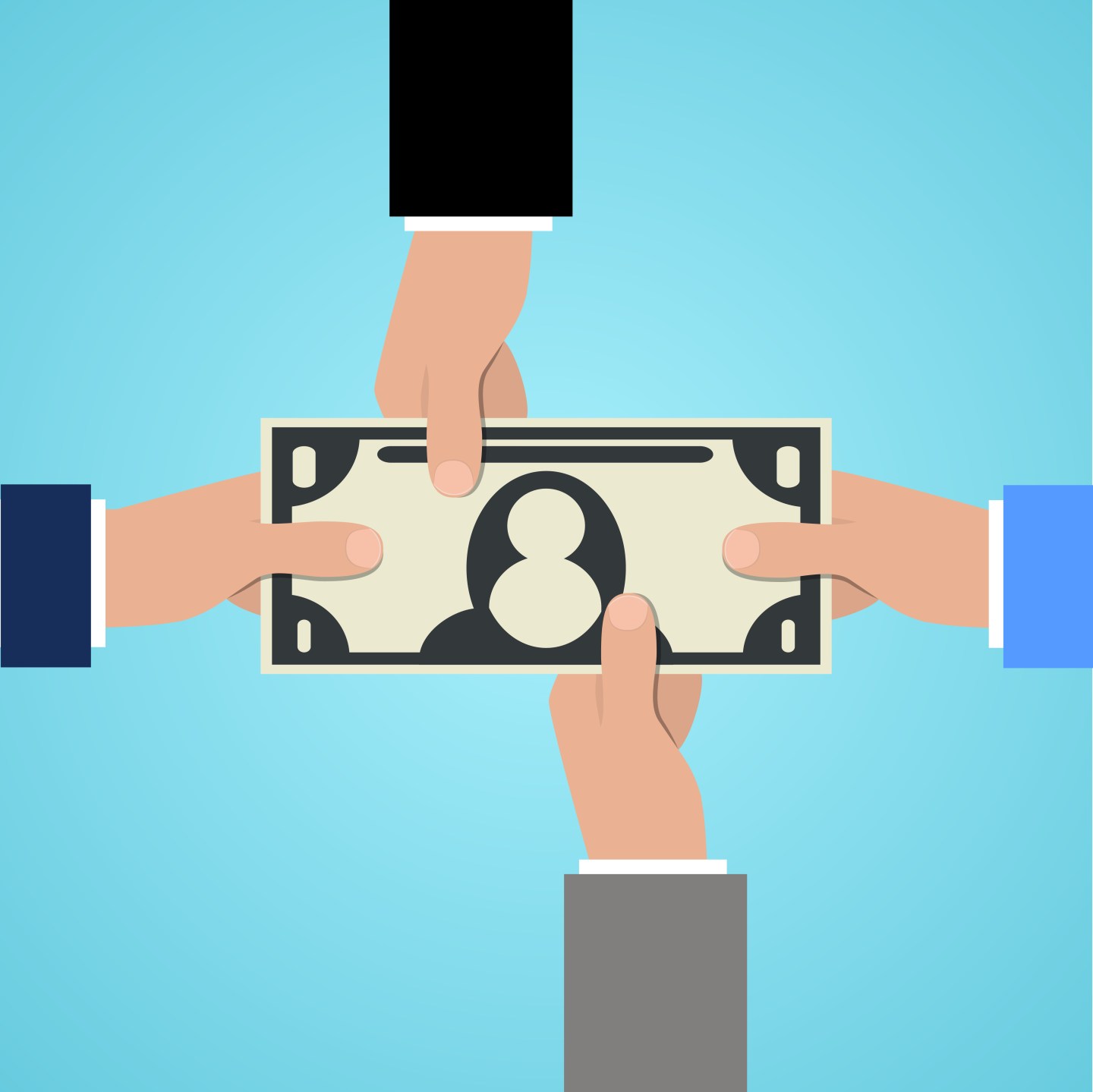 What an excise tax on buybacks would mean for shareholders.
Andrii Zorii via Getty Images

The compromise that the Senator Kyrsten Sinema (D-AZ) forged with fellow Democrats to clear passage for the Inflation Reduction Act of 2022 includes a pivotal provision that could upend the way companies are run, and how they reward the 53% of America’s families that own stock. To pledge her vote, Sinema demanded that the bill include a 1% excise tax on share repurchases that now reign as far and away the top vehicle for returning cash to equity investors.

The argument against buybacks, and it appears to be the rationale behind the Sinema provision, is that companies should be spending a far larger portion of their profits to reinvest in their core businesses. If so, they’d be building more plants and fabs, making more semiconductors and solar panels here in the U.S., and creating more jobs.

But that isn’t what’s going to happen. As buyback fan Warren Buffett points out, most or at least many big companies are mature players. They’re well beyond their early growth phases. They’re now generating much more cash than they can re-invest in ventures that exceed their cost of capital. For the economy as a whole, it’s better if they return that cash to investors who can then channel those dollars into the budding industries of the tomorrow that can generate big returns on the cash they devour. That template will grow sales and profits across the economy much faster than pouring money into aging, low-margin businesses.. Restricting buybacks could provide cover for CEOs who would rather build empires by plowing earnings into over-priced acquisitions and projects that swell sales but yield poor returns––when stockholders would fare far better steering that cash on their own into the industries of the future. As Buffett stated in 2018––and he’s repeated the sentiment many times over his long career––”When [a company] can buy stock at below its intrinsic value, it’s probably the best use of cash.”

By trying to steer a free-to-choose, widespread practice in a different direction, Congress is entering the danger zone of unintended consequences. In 1994, the U.S. effectively capped CEO “non-incentive-based” compensation at $1 million a year. So almost all companies paid their chiefs $1 million in cash, and awarded then sumptuous options and restricted stock grants that got bigger and bigger as the years passed, and that didn’t much hinge on performance, since if the awards were big enough, just a routine increase in the stock price would bring tens of millions in annual comp. That move towards “fairness” has backfired, and there’s good reason to believe this one will too.

An excise tax would deliver a blow to shareholders

Companies, not investors, would “pay” the excise tax. But the real losers are shareholders in enterprises that, should they choose the newly-taxed buybacks, will have less profit to marshal––in any form, whether it’s via repurchases, dividends or capital to reinvest in promising projects. Based on current level of annual buybacks, the Inflation Reduction Act would raise around $12 billion a year. That’s an addition of over 3% to the total receipts the Treasury collected from all American corporations last year.

Consider the example of an S&P 500 stalwart that posts net earnings of $10 billion a year, and returns half, or $5 billion to stockholders via repurchases. Once the bill is enacted, the company would pay an extra tax of 1% or $50 million that’s levied on the buybacks. In our example, the company’s effective federal corporate rate is 28%, so its pre-tax earnings total $13.9 billion. The additional $50 billion would raise the $3.9 billion it’s paying now by 1.3%, lifting its rate to 29.3%.

Many companies shoulder lower effective rates. Take a company that also earns $10 billion but pays 20%. I’ll save you the math, but its tax rate would rise by 2 points to 22%. An extra bite of 1.3% or 2.0% is substantial. It may not be enough to kill buybacks, but on the margin, it could discourage them them enough to channel a far bigger share of America’s earnings to the wrong places.

It’s important to understand the interplay between buybacks and dividends over time, and the former’s role as a kind of “shock absorber” that rapidly shrinks and expands in line leaps and retreats in corporate profits. I’ll use excellent numbers from a recent report from Yardeni Research. As recently as the period from 1999 to 2004, the dollars the S&P 500 devoted to repurchases and dividends each year was about equal. Then, the pattern that’s dominated ever since took hold: Buybacks waxed mightily in good times before cratering in downturns, while dividends steered a steady course. Repurchases exploded as earnings and share prices jumped in the period preceding the Great Financial Crisis. By the peak in 2007, buybacks dwarfed dividends by four to one. But in the depths of 2008 and 2009, and even into 2010, the former shrank to the point where they trailed dividends. Buybacks took charge again in the bull market from 2013 to early 2020, hitting a record $900 billion just before the COVID crisis struck, almost two-times the level of dividends. In the 2020 recession, repurchases plummeted once again, but dividends slipped so slightly that they once again became the larger of the pair.

But since the start of last year, buybacks went on an extraordinary tear, hitting $1.125 trillion on an annualized basis in Q1 of this year, a rise of 25% over the summit reached just two years before. As usual in boom times, earnings plodded at a far slower pace. In the first quarter, the $560 in annualized dividends amounted to half the dollars in buybacks, well below their share in other flush times.

America’s big caps lifted buybacks far faster than dividends for a sound reason: They were benefiting from a profit explosion that might prove temporary, and handed a big chunk of what was possibly a windfall to their shareholders. This practice underscores the key distinction between the two channels. Companies view dividends as payments that shareholder can count on quarter after quarter and year after year that grow with profits––but only the earnings that management feels are secure and sustainable. CEOs and CFOs are reluctant to pay out the same share of earnings this year versus last if they fear those earnings will fall or flatten in the future. If that happens, the decline might threaten the payout, and what corporations fear almost above all else is being forced to slash their dividend. A fall in cash flow that reduces the cushion available for those quarterly payments can do almost as much damage by stoking suspicions that the payout is at risk. Put simply, few outcomes hit stock prices harder than a dividend cut or the view that one is coming.

Hence, the S&P 500 increased the share of earnings paid in buybacks in the past year much faster than the portion paid in dividends. And that’s a good thing. Over time, steady dividends and up-and-down buybacks work well in tandem. Since 2013, companies have been paying out around 80% of their operating earnings between the two sources. And in that period, the two have consistently provided a combined “yield” of between 4% and 5%. When earnings jump to unusually high levels, as from late 2020 to earlier this year, stock prices tend to rise as well. But while dividends just trudge along, buybacks rise, boosting what would otherwise be falling yields for the two together. The opposite occurs in tough times: Buybacks decline, but so do share prices, so the stability of dividends along with the reduced repurchases buoy the payouts of the two combined. The fluid interplay between dividends and buybacks is something of an automatic stabilizer. It’s a boon to investors. The freedom to choose between the two also grants management the latitude to choose the best uses for the company’s cash.

To be sure, buybacks aren’t always the best way to deploy profits. Far from it. As Buffett points out, repurchases enrich shareholders only when companies buy shares when they’re a good deal, when they’re selling at below “intrinsic value.” Managements uses such metrics as price-to-earnings multiples and price-to-book to gauge if their shares are cheap. And they often pay too much. But on balance, it’s far better to grant companies the full flexibility to choose or reject repurchases on economic grounds than to manipulate the process using the kind of penalties in the new bill. Corporate leaders already face a strict judge of whether they’re using buybacks for good or ill: The market. If investors think you’re buying shares at inflated prices, your stock will suffer.

As Buffett cautions, that doesn’t mean buying shares at the same time your profits are highest, because your stock could be over-priced at the same time. But companies can bank that cash until their shares dip, then jump in. Apple, a Buffett favorite, has been using that playbook for years. Nor are surging buybacks in a hot market necessarily a bad thing. The shares of many “value” names often benefit from rising earnings but remain bargains in otherwise hot markets.

Once again, we don’t know how much a 1% tax will discourage buybacks. But why take the chance? Many CEOs would cherish an excuse to enlarge their domains by hoarding dollars shareholders would, via buybacks, be sending to the newest, most dynamic corners of the economy. Forcing companies to reinvest capital they can’t find profitable place for won’t grow the GDP or create jobs. A better idea is to trust managers and shareholders to do what they’ve generally done brilliantly––send capital to the places where the soil is richest, and the seeds sprout fastest.