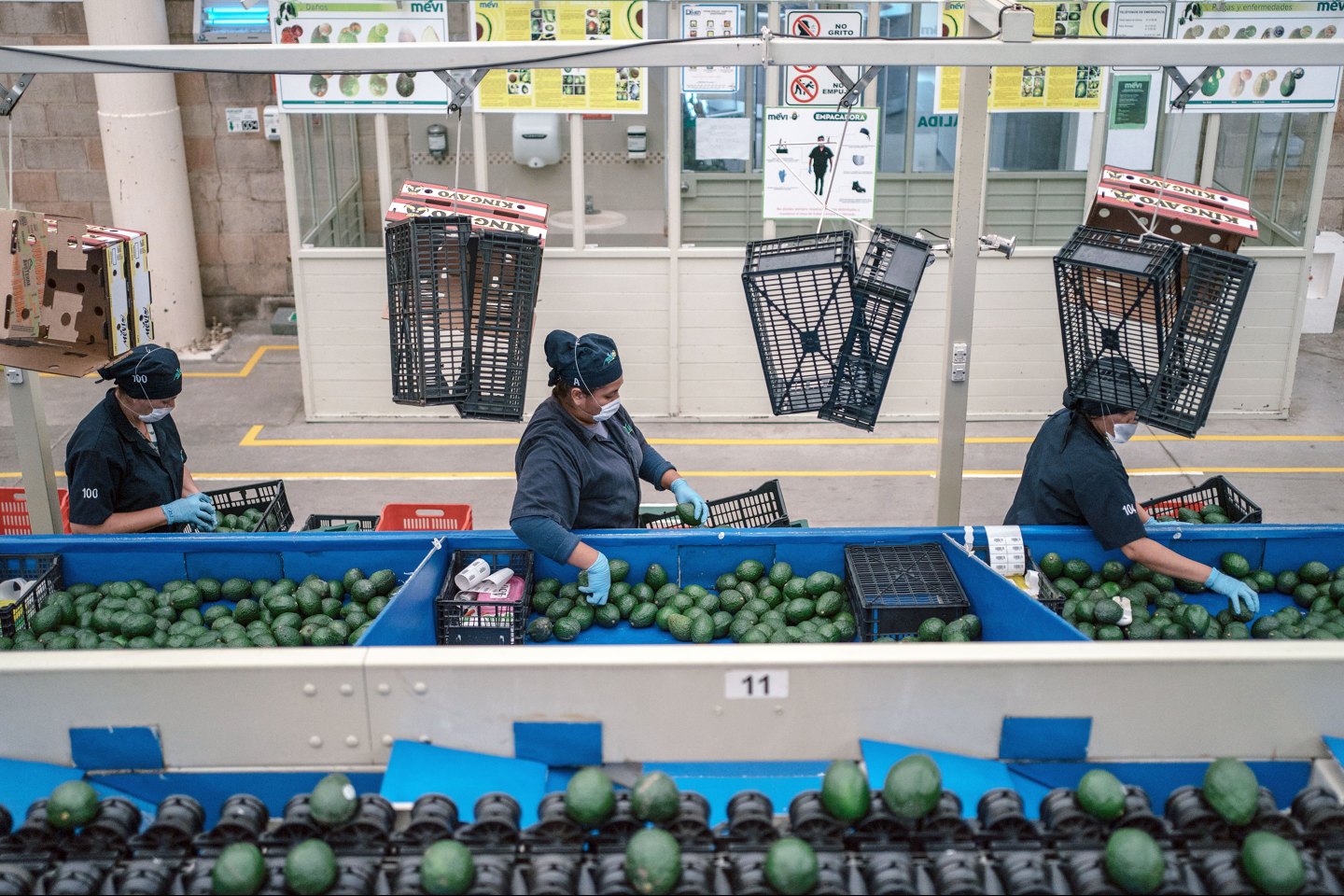 Avocados, for many people, are delicious —whether it’s on toast with different toppings, made into guacamole, or added to a salad. And that’s why Americans eat an average of eight pounds of avocados annually per person.

But multiple problems including a hailstorm in Mexico in June and rapidly rising fertilizer prices due to the impact of the war in Ukraine have decimated avocado crops. The result: a shortage of the fruit—yes, avocados are fruit—and higher prices in U.S. grocery stores.

Average U.S. avocado prices rose 30% for the week of July 23, versus the same time a year earlier, to $1.41 each, according to the U.S. Department of Agriculture.

What’s behind the shortage

Mexico, the main source of U.S. avocado imports, buys nearly 30% of its fertilizer from Russia, and because of the war in Ukraine the supply has tightened and made it more costly. Weather has also hurt avocado production, with a recent violent storm causing substantial crop losses in the Mexican state of Michoacán. A drought throughout much of Mexico is also impacting production.

In the first quarter of 2021, the U.S. imported 747 million pounds of avocados from Mexico, according to Hass Avocado Board. But this year, during the same period, those imports fell to 558 million pounds.

Phil Lempert, a food and retail trends analyst and founder of SupermarketGuru.com, told Fortune that climate change has affected almost every crop. But the hailstorm in Michoacán will have lasting implications in the U.S. because 80% of Michoacán’s avocado exports end up north of the border.

“So the impact that we’re seeing now is going to continue for another year—a year and a half—until there’s another harvest,” Lempert said. “So we’re going to see more shortages.”

He added: “There’s no question that as the crop yield decreases, prices go up. And that changes demand.”

U.S. restaurants are likely to be impacted first, followed by grocery stores.

“People are gonna start taking avocado toast off their menu, or raising the price considerably,” Lempert said about restaurant owners.

The future of avocados

Barry Friends, a partner at Pentallect, a food industry consulting firm, said that people who want to buy avocados will still do so, despite the high price. It’s occasional buyers who will most likely avoid buying them due to higher prices.

“We joke about millennials and Gen Z being avocado freaks,” Friends told Fortune. “But it’s a major item.”

In a hopeful sign for avocado lovers, this week, Mexican producers from the state of Jalisco made their first delivery to the U.S., after gaining approval in 2021. It is the only state in Mexico other than Michoacán that can export avocados to the U.S.

Joe Pawlak, managing principal at Technomic, a consulting firm focused on the food industry, told Fortune that avocado imports from Jalisco could alleviate some supply issues in the U.S. And over time, he expects that Jalisco will increase its supply.

“I think that’s going to be a little bit of a buffer of any supply issues that may be coming out of Michoacán,” he said.

Whether it will be enough to satisfy millennials and Gen Zers—two generations that love their avocados—it’s just too soon to tell.