Tesla’s Saudi-backed rival just spooked investors by cutting targets in half. But Lucid’s CEO says trust me, I got this 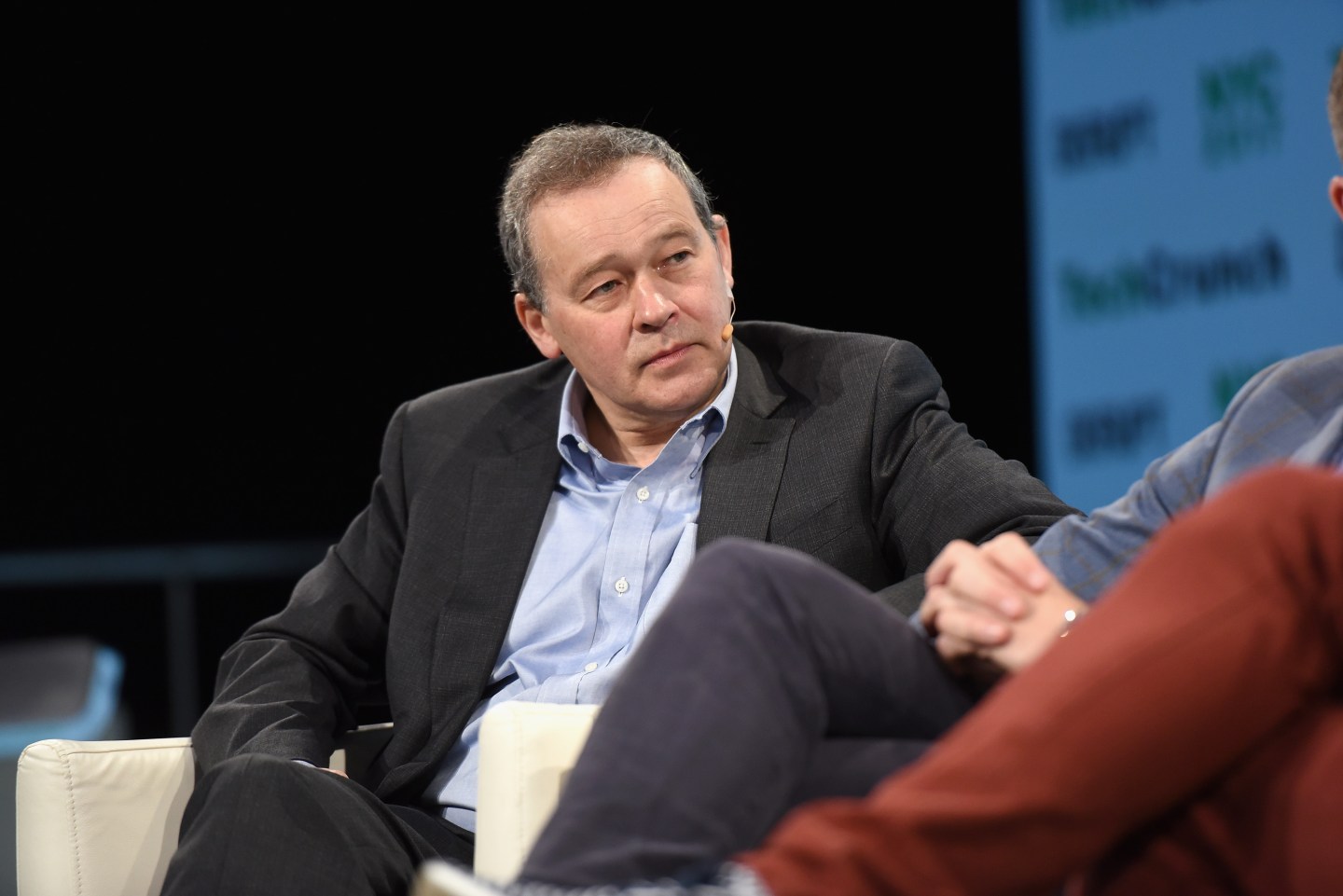 Lucid boss Peter Rawlinson is battling a number of production problems at his Arizona plant that prompted him to cut his 2022 vehicle production target by half.
Noam Galai—Getty Images for TechCrunch

U.S. luxury electric vehicle startup Lucid Motors may hail from California’s Silicon Valley, but its future will be won or lost in the arid plains of Arizona.

On Wednesday, chief executive Peter Rawlinson shocked investors with weak quarterly figures and a surprise cut to the vehicle production forecast in the face of severe problems at its Casa Grande factory near Phoenix.

Rawlinson, former chief engineer of the Tesla Model S, placed blame primarily on the growing pains associated with ramping up production, where parts need to arrive just in time and in the right cadence depending on an individual’s customized order.

“Our revised outlook guidance for the year reflects the logistics challenges as we began scaling, which exposed the immaturity of our logistics processes,” Rawlinson told investors during a call.

Shares in the company slumped more than 10% on Thursday, as Lucid has been considered one of the EV startups outside of China best positioned to survive the industry shake-up along with Amazon-backed Rivian.

That’s because the Lucid Air is arguably the most advanced car in terms of electrification currently on the market, easily beating anything Tesla has to offer.

Not only does it have the longest range at an EPA-rated 517 miles, but it is also the most efficient in terms of stored energy with 4.6 miles per kilowatt hour of battery. It also boasts the fastest recharge speeds thanks to a 900-volt electrical architecture, helping it win Motor Trend’s prestigious Car of the Year award in November.

Realizing investors would be rattled by the news, Rawlinson tried to assuage his shareholders that he was well on top of the situation.

“I do believe we’ve identified the primary bottlenecks and have already taken steps to begin to remedy the situation,” he said, after unveiling $97 million in quarterly revenue. This badly missed a consensus estimate of $145 million, and came amid a $220 million net loss that was even deeper red on an operating level.

But the problems do not stop at the slow pace of production due to a mismatch of when parts arrive at its Casa Grande factory. They go much deeper.

Rawlinson conceded that a material number of vehicles built had not been shipped to customers due to quality he felt was subpar for a luxury model like the Air, and pledged to stay behind in Arizona, engaging directly with the staff on the shop floor to iron out the problems.

These related to mainly cosmetic issues like unusually large or uneven gaps in the body panels or surfaces not being flush with others.

While Tesla is famous for getting away with poor build quality, this type of “fit and finish,” as it is called in the industry, remains a hallmark of the German premium brands Mercedes-Benz and BMW and is expected by discriminating buyers who plunk down $100,000 on a new car.

As a result, Rawlinson said many new changes would be overseen by experienced logistics and quality assurance managers that he poached from industry rivals Mercedes and Stellantis.

“Quality simply must take priority over volume as we establish our brand reputation,” he explained.

Lucid’s problems mimic the months of “production hell” at Tesla that saw Elon Musk famously sleeping at the factory, when Model 3 midsize sedans were being assembled out in the open air, an absolute no-go for the industry.

Only this time, instead of struggling with its first mass-market car built in the hundreds of thousands, Lucid is already experiencing problems with its premier model, a low-volume luxury sedan positioned at the very pinnacle of the market.

All told, only 679 Lucid Air cars were shipped to customers in the second quarter, prompting Rawlinson to predict just 6,000 to 7,000 would be made during the full year.

This amounts to just half of what it previously promised in May and a sharp decline from its original goal of 20,000 vehicles. That still means a sharp ramp-up in the second half, as so far only about 1,400 Lucid cars have been built.

For Tesla, the news is further welcome proof of its edge over key competitors. Lucid had been considered a threat by CEO Elon Musk, especially with an experienced Tesla engineer running the show.

Just days after Rawlinson debuted the technical specs of its series-production Air sedan in September 2020, Musk followed with the announcement of a Model S that would have a range of over 520 miles, at least three better than the competitor from Lucid.

Popular EV website Elektrek, long notable for its Tesla-friendly coverage, even ran a story about Musk’s newly “unveiled” model with the improved range, suggesting a proof of concept had been built and tested ahead of its 2021 launch. Fans speculated the considerable boost to range over the regular Plaid’s 348 miles must come from using the next-generation 4680 cells designed to cement Tesla’s technological lead.

In the end, the so-called Plaid Plus turned out to be nothing but vaporware, and Tesla is still working out the kinks with its 4680 cells.

Musk first accepted deposits from paying customers and then promptly cancelled on them, automatically switching their orders to the regular Plaid that he argued was just as good.

In the meantime, the tactic may have succeeded in keeping enough Model S owners from switching over to Lucid.

Why was Musk worried? It may have something to do with the bottomless pockets of Lucid’s backers, the Saudis.

As long as Rawlinson can keep the Kingdom convinced he will deliver a return on its investment, up to and including the construction of an assembly plant in the Arabian desert to fulfill a Saudi dream, then he can likely keep the company afloat while other rival startups like Lordstown Motors and Faraday Future flounder.

Lucid recently struck a deal to sell up to 100,000 cars to the Kingdom in addition to the 37,000 current reservations he already has on hand. This should help keep the company paying its bills until well into next year—even longer if management stretches the budget, as finance chief Sherry House claimed on Wednesday.

In the meantime, Rawlinson made a clear signal to another California company, Apple, and any other tech firms, by saying he may be in need of a partner and was open for business—perhaps to hedge his Saudi bet.

The Air and its Gravity SUV sibling due in 2024 are big enough to fit all the necessary sensors and computing power for a future autonomous robotaxi fleet.

“Many of these characteristics and attributes [of our vehicles] would potentially make us a fantastic partner for one of these groups,” he said, with CFO House noting that she was even “keenly open to discussing partnership options.”

Amid the poor results, Rawlinson made a concerted effort not to further undermine investor confidence in management, suggesting the hiccups were a perfectly normal development that “became more apparent as we started to scale.”

Instead of dwelling on mistakes, he emphasized his pride at what Lucid’s workforce and suppliers could accomplish in the face of adversity and suggested the brand would be around for a long time to come thanks to an upcoming midsize model that will arrive later in the decade.

“But I want to be clear that right now, my relentless focus is with this great team right here in Arizona,” the Lucid CEO said. “I remain confident that we shall overcome these near-term challenges with a relentless tenacity and a steely determination, and in so doing put in place appropriate processes that will serve us well for the future.”