A precious metals shortage is pushing Nissan to rent, not sell, electric vehicles to customers 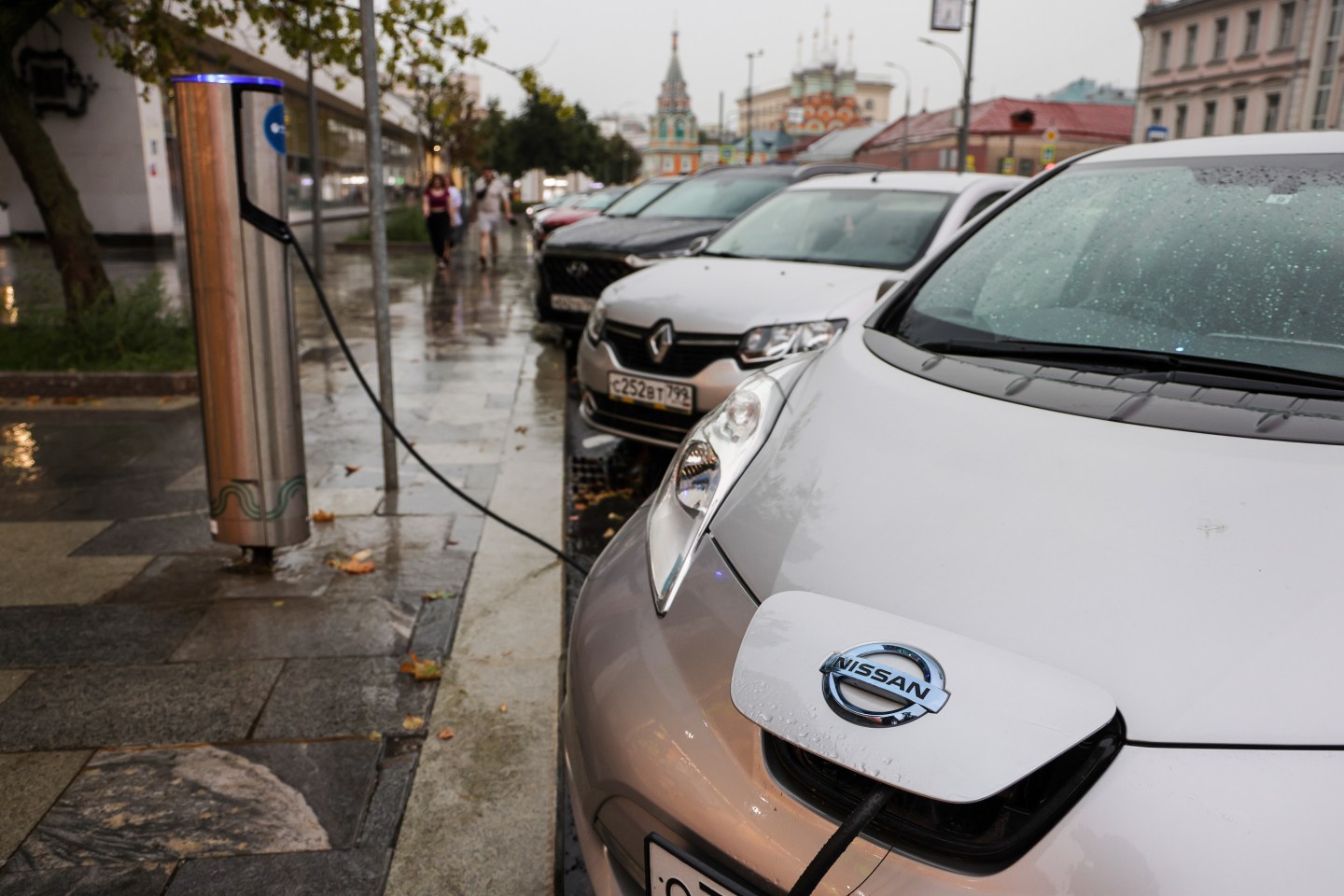 A Nissan Leaf model being charged in Moscow in 2021.
Andrey Rudakov—Bloomberg/Getty Images

The circular economy is coming to electric vehicles for both environmental and financial reasons, as a leading Japanese automaker plans on starting a rental scheme for its battery-powered cars.

Drivers interested in making the switch to electric will soon have another option to do so in Japan, as Nissan—manufacturer of the Nissan Leaf, one of the earliest and bestselling electric cars on the market—is preparing to launch a new rental plan for its EVs, the Financial Times reports.

How will it work?

Nissan’s initiatives will operate as a subscription scheme.

Customers will sign up on a monthly basis, but Nissan hopes that they will rent electric cars for years before returning them, according to the FT.

The service will be exclusively available to Japanese customers.

Why is Nissan doing this?

The initiative will make it easier for Nissan to keep its electric cars inside the country, where the batteries can be reused.

Keeping more of the valuable and recyclable batteries within arm’s reach could prove to be a financial boon for Nissan, as all electric-car manufacturers continue to run into rising costs for electric-car batteries that are projected to only go higher over the next decade because of a growing shortage of the critical metals used to power them.

The precious metals used to manufacture EV batteries—mainly cobalt, lithium, and nickel—are in increasingly short supply, largely due to extractive processes failing to keep up with the demand for the key elements.

FT reported that thousands of lead batteries had already been returned to Nissan dealerships in Japan.

Reusing electric-car batteries can be an effective cost-cutting measure for manufacturers, with one study finding that spent Nissan Leaf batteries can retain as much as 80% of their initial energy storage capacity and can be reused in energy grids and utility storage systems.

In addition to reusing batteries, Nissan is also planning on recycling the metals used to power them and repurpose them for new cars, according to the FT.

Recycling the metal within EV batteries is a complex process and still very much in its infancy. The process consists of repurposing the rare-earth metals used in battery manufacturing.

Recycling these metals requires either shredding and burning used batteries or dissolving them in acid before extracting the metal.

The process is costly and remains relatively inefficient, as melting the metals is energy-intensive, and acid baths can corrode and damage metals before they can be recycled.

But despite the inefficiencies, experts mostly agree that recycling batteries and the metals within them at scale will be necessary to handle the booming demand for electric vehicles over the next decade.

Japan’s place in the carmaking world

Japan is one of the largest carmaking countries in the world and has recently focused on expanding its EV manufacturing capacity, but the large volume has so far been mostly destined for other countries.

Japan is the second-largest car exporter in the world, and cars and car products are the largest source of exports in the country.

Last year, nearly 89% of Nissan’s global sales volume originated from outside of Japan, and of the 577,000 Nissan Leaf models sold globally last year, only around 10,000 were in Japan.