New data suggests the CDC’s COVID guidance to isolate for 5 days after testing positive is wrong. You should follow Joe Biden’s example instead 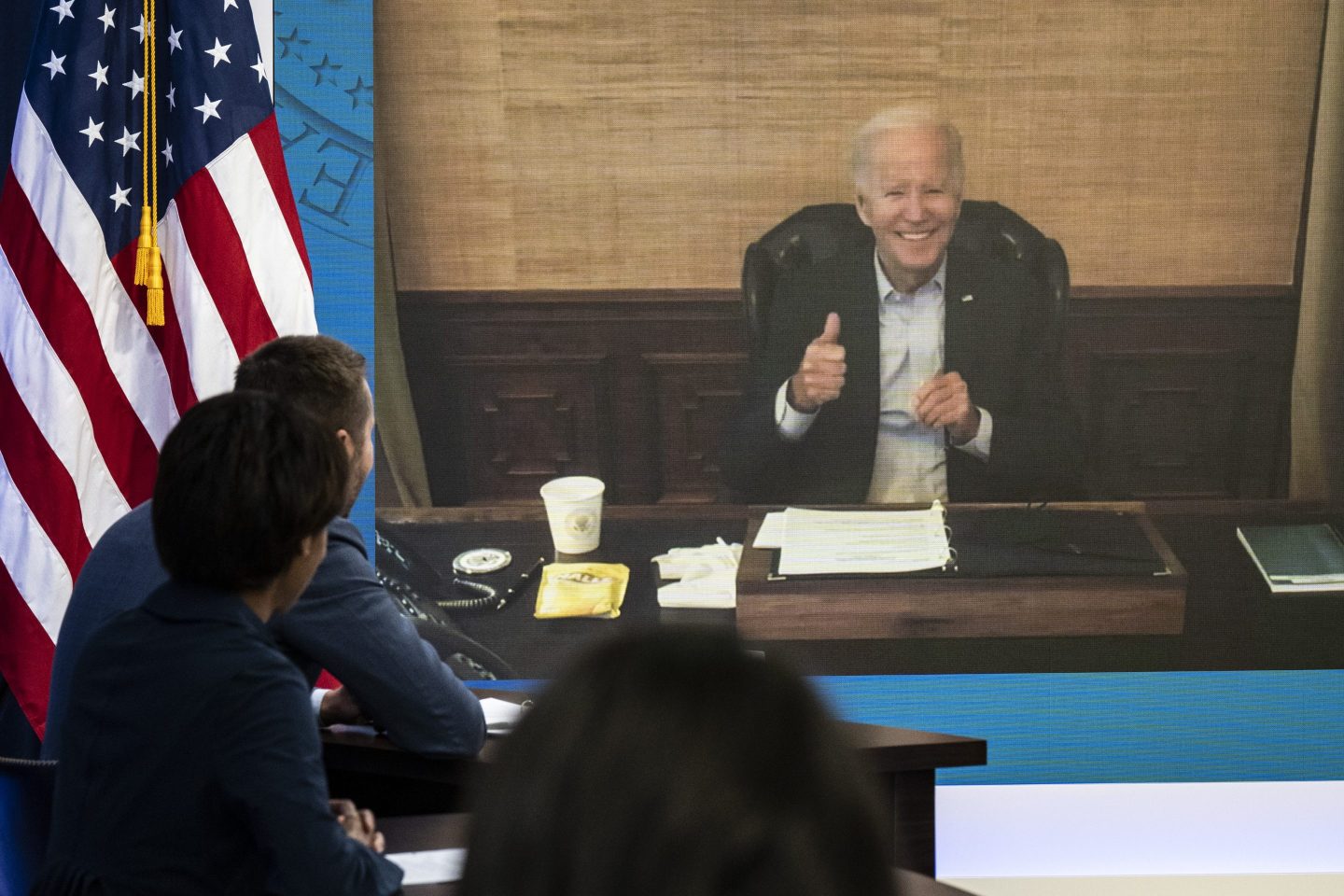 U.S. President Joe Biden gives the thumbs-up during a virtual meeting as he isolates after testing positive for COVID-19.
Drew Angerer—Getty Images

Five days. That’s how long you should isolate after testing positive for COVID before going back to normal life (while wearing a mask in public for five more days), according to the U.S. Centers for Disease Control.

The CDC’s five-day quarantine policy for COVID cases is not law, but families, human resource departments, schools, and other institutions across the country depend on its advice for deciding how to return to normal life after a COVID infection.

Scientists have questioned the scientific rationale behind the policy since the CDC introduced it late last year. And now critics have more data to back up their claims: Viral shedding can occur beyond 10 days in even healthy, vaccinated adults, according to a preprint out of London published this month.

How long should you isolate after testing positive for COVID?

In December the CDC shortened its recommended isolation period from five to 10 days. But “there is not data to support five days or anything shorter than 10 days,” Amy Barczak, a physician at the Massachusetts General Hospital Infectious Disease Division, recently told Nature.

Some scientists advise that people should stop quarantining only once they test negative using at-home tests, rather than relying on the CDC’s five-day rule.

“There’s still all of these things that we’re not exactly sure about, but if I had to sum it up in one very concise message, it would be if you’re antigen positive, you shouldn’t go out and interact closely with people who you don’t want to be infected,” Emily Bruce, a microbiologist and molecular geneticist at the University of Vermont in Burlington, recently told Nature.

Biden, 79, is one of millions of Americans who tested positive for BA.5, as confirmed this week by his personal physician, Dr. Ashish Jha.

The Omicron subvariant was responsible for more than 82% of U.S. cases last week, according to CDC data released Tuesday. Hospital- and lab-based testing is at record lows, and at-home tests typically aren’t reported to public health departments. But COVID is at or near all-time highs at wastewater sheds throughout the country, Dr. Alexandria Boehm, professor at the Department of Environmental and Civil Engineering at Stanford University, told Fortune on Tuesday.

Biden worked from home and isolated while recovering. The White House had said that Biden would go “above and beyond” the CDC’s five-day guidance and wait until he tested negative before returning to public life.

Editor’s note: This report was updated with the news that Joe Biden tested negative for COVID hours after initial publication, more than 48 hours after the CDC’s recommended five-day quarantine. It also clarifies that the two preprints mentioned were published in March and July.