A COVID outbreak in Shenzhen has forced 100 manufacturers into a ‘closed-loop’ system, threatening a new wave of supply-chain chaos 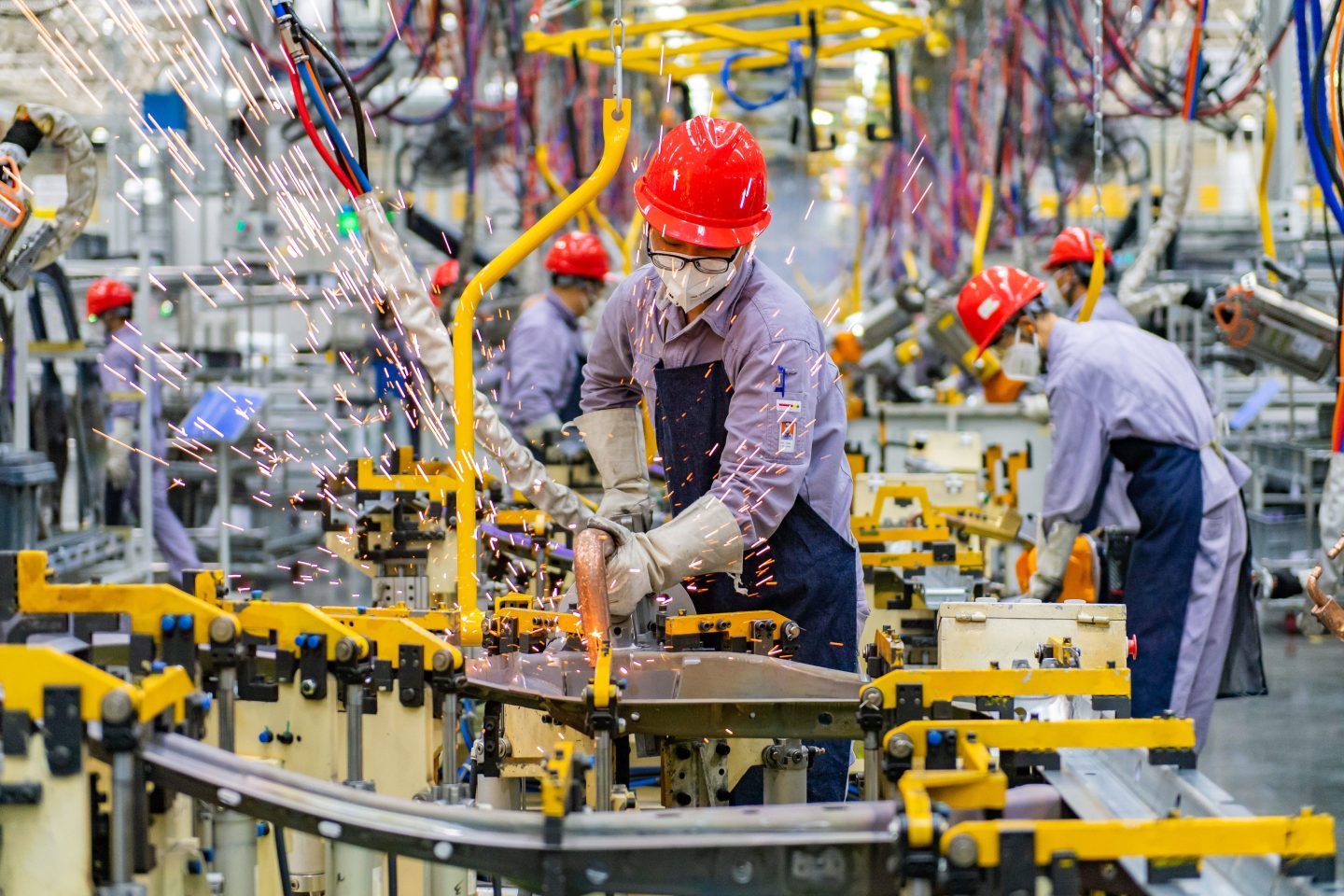 Employees work on the assembly line of Huawei's M7 electric SUV at an intelligent factory of SERES Automobile Co., Ltd, a subsidiary of Chongqing Sokon Industry Group, on July 19, 2022 in Chongqing, China.
VCG

Officials in China’s southern manufacturing hub Shenzhen have ordered 100 major companies including iPhone maker Foxconn, drone maker DJI, and automaker BYD to set up a “closed-loop” containment system to keep their factories open during a COVID outbreak in the city, a leaked government notice revealed.

The COVID outbreak and bubble arrangement, which effectively seals off the factories from their surrounding areas and forces employees to live and work on-site, threatens to derail production in Shenzhen, a city that produces 90% of the world’s electronics and is often called “the world’s factory.”

The drastic action echoes the prolonged factory closures in Shanghai last quarter and could worsen a global supply-chain crisis already threatening economic growth in countries around the world.

Shenzhen confirmed 22 new COVID-19 cases on Tuesday—a figure virtually every country in the world except China would consider insignificant. But China’s COVID-zero policy does not tolerate any spread of the disease, and the government deploys lockdowns and mass testing measures to curb the spread of the virus.

China has not backed away from the policy even as Omicron and its highly infectious subvariant BA.5 have made it more costly for Beijing to enforce its COVID-zero policies. According to Nomura, 260 million people in China are in partial or complete lockdowns as of this week.

Although “closed-loop” systems are supposed to minimize COVID disruption, by allowing for manufacturers to keep operating while containing positive cases, Tommy Wu, lead economist for Oxford economics in Hong Kong, says the system is likely to create ripple effects that build stress along critical supply chains.

“The closed-loop arrangement will allow large manufacturers that have the resources to host their staff in their facilities to maintain production,” says Tommy Wu, lead economist for Oxford economics in Hong Kong. “Still, many [companies] don’t have enough capacity to host all their staff on-site…and many manufacturers can only maintain partial operation.”

Larger manufacturers rely on smaller producers for vital parts. If those smaller factories shut down or reduce production, the larger manufacturers can’t run complete their own assembly lines. Wu says enforcing a closed loop in some factories could “create a chain reaction elsewhere” and lead to disruptions in global supply chains.

China’s economy is just now recovering from its last major disruptive COVID outbreak, when rampant Omicron cases in Shanghai led to months of lockdowns and factory closures through April and May. The lockdown proved a major drag on China’s economy, with GDP growing just 0.4% in the second quarter compared to last year, marking China’s worst quarterly growth since the beginning of the pandemic.

Shanghai, too, deployed a closed-loop arrangement to reboot manufacturing amid the city’s outbreak. But the closed-loop system suffered from the rest of the city being in complete lockdown. Workers struggled to get to factories where they worked, or were unwilling to put up with having to sleep on factory floors. It was also difficult to move goods while transportation routes in the city were completely shut down.

“They are using closed-loop workforce[s] to try and keep some manufacturing alive. But I think some of [the closed-loop factories] are shut down…[The factories] have not been consistently running,” Ganesh Moorthy, CEO of semiconductor firm Microchip Technology, which has part of its supply chain in Shanghai, told Fortune at the time.

Shenzhen cases are much lower

The good news is that Shenzhen’s current wave will likely be easier to contain than Shanghai’s. Shanghai was recording several thousands of cases per day at the peak of its outbreak compared to the few dozen in Shenzhen today. And the Shenzhen port, the world’s fourth largest, has yet to suffer any operational disruption.

“China’s supply chain has held up well over the past two years, so my base case is that the disruption should be limited,” says Larry Hu, chief China economist at Macquarie. “To be sure, the risk is always there.”