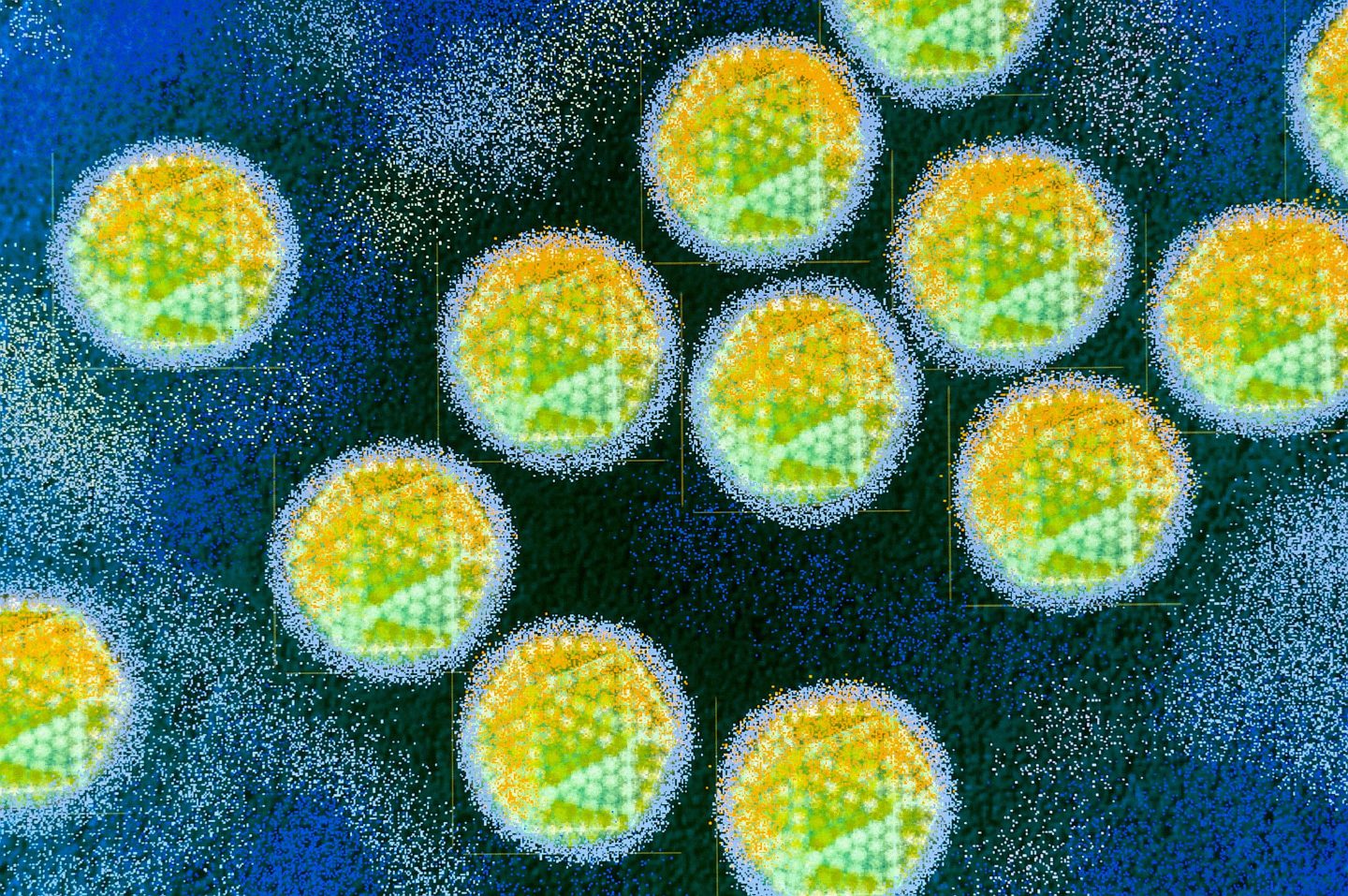 Adenoviruses, a common seasonal infection, have been identified as one possible cause of the global surge in unexplained childhood hepatitis.
BSIP/UIG/Getty Images

Scientists believe they have found the root cause of the mysterious cases of childhood hepatitis that have swept across the globe—and it isn’t COVID-19.

Since April, doctors across the globe have been puzzled by hundreds of cases of young children developing jaundice and unexplained severe hepatitis.

Hepatitis, or liver inflammation, can be a viral infection, but the common viruses associated with acute viral hepatitis — hepatitis A, B, C, D, and E— were not identified among the children being hospitalized with the condition.

As of July 8, 35 countries had reported a collective 1,010 probable cases of severe acute hepatitis with an unknown cause to the WHO.

75% of cases in Europe had been in children under the age of 5, as of May 20, with a total of 12% of the children whose records were analyzed receiving a liver transplant.

Since the outbreak was detected on April 5, there have been 22 deaths attributed to the phenomenon, according to WHO data.

The outbreak has perplexed experts who, so far, have struggled to find a common denominator among the children suffering from the condition.

Theories about what’s causing the eruption in cases have ranged from COVID-19 to pets, with the WHO saying earlier this month that human-to-human transmission “cannot be ruled out following a few early reports of epidemiologically linked cases.”

Scientists, meanwhile, have pointed the finger at a common seasonal virus (adenoviruses) that usually causes mild colds but can cause various symptoms including fever, pink eye and stomach bugs.

Some medical experts have theorized that COVID restrictions suppressed immunity to bugs like adenoviruses by stopping their circulation within the population, with adenovirus infections rebounding in the U.K. as lockdowns were lifted.

British scientists said on Monday that their research has shown that co-infection with two common viruses may offer “the best explanation” for the onset of severe liver disease in affected children.

Findings from two separate studies suggested that the key was adeno-associated virus 2 (AAV2), a pathogen that does not normally cause disease in itself but often accompanies infection with adenoviruses.

AAV2, which cannot replicate inside the human body without a “helper” virus, was found in 96% of cases of unexplained hepatitis across both studies.

The virus, a member of the parovirus family, was found in the blood and liver of patients included in the studies, and was found to be replicating in the liver.

In control groups—made up of children who did not have acute hepatitis—AAV2 was either absent or present in very low levels.

Researchers concluded that being simultaneously infected with AAV2 and either an adenovirus or, less commonly, the herpes virus HHV6, was likely to be behind the outbreak in acute pediatric hepatitis.

HHV6 is the collective term for the closely related viruses HHV-6A and HHV-6B, which can cause an illness called Roseola that leads to symptoms including a rash, fever and swollen glands.

Close to 100% of human beings are thought to be infected with HHV6, which is different to the strain of the virus that causes cold sores or genital herpes.

Emma Thomson, clinical professor and consultant in infectious diseases at the MRC-University of Glasgow Centre for Virus Research and senior author of the Scottish study, said on Monday that AAV2 may be the cause of the hepatitis itself, or it may be a biomarker of recent adenovirus which could be the main underlying pathogen.

“There are many unanswered questions and larger studies are urgently needed to investigate the role of AAV2 in pediatric hepatitis cases,” she said.

“We also need to understand more about seasonal circulation of AAV2, a virus that is not routinely monitored—it may be that a peak of adenovirus infection has coincided with a peak in AAV2 exposure, leading to an unusual manifestation of hepatitis in susceptible young children.”

Meanwhile, Judy Breuer a professor of virology at UCL Great Ormond Street Institute of Child Health, stressed that while unanswered questions remained around the spike in childhood hepatitis, neither of the research teams found a direct link between the cases and COVID-19.