Think U.S. car prices are bad? In Singapore you have to spend $82,000 just for the right to buy a car, on top of the car itself 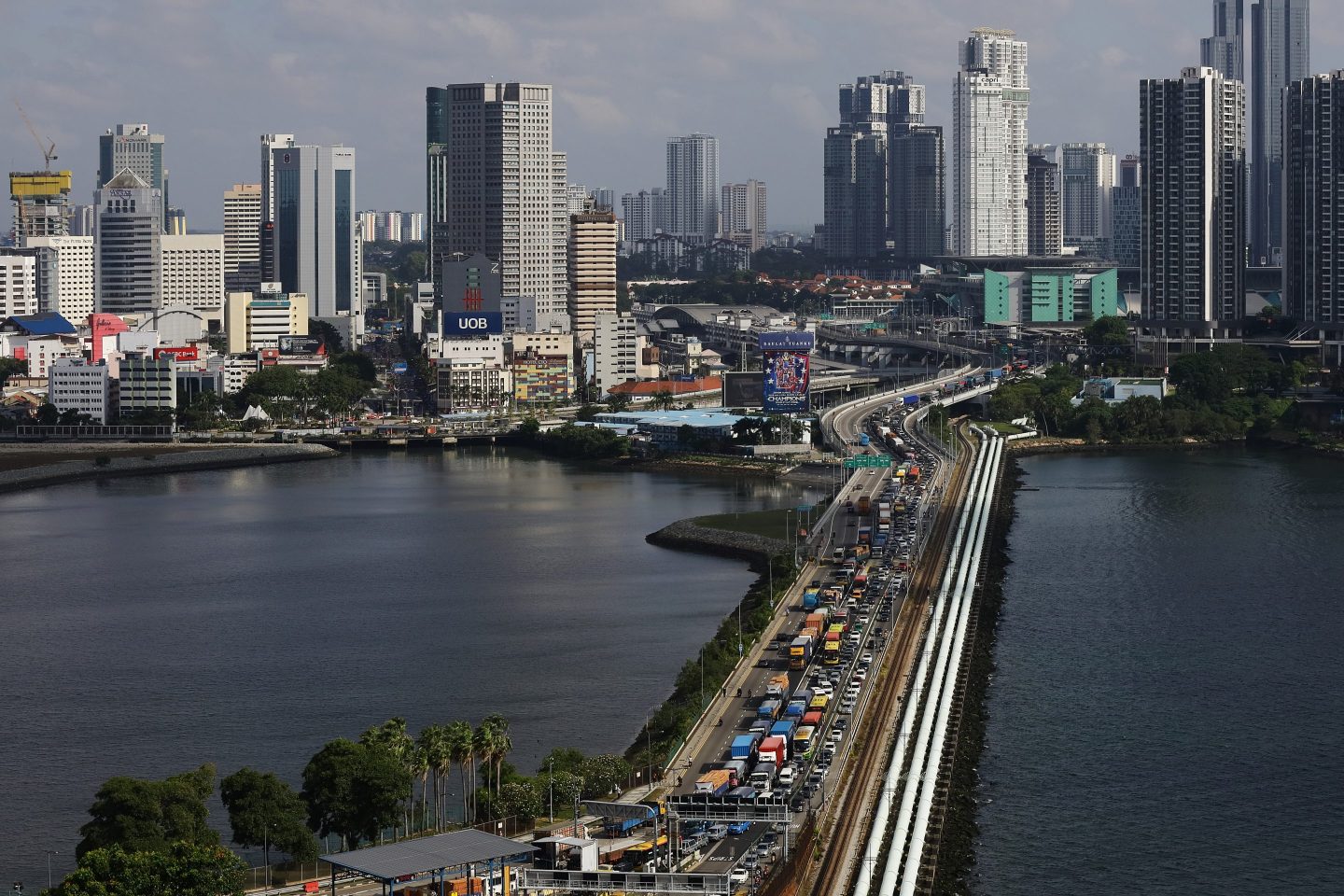 Supply-chain shortages sparked by the COVID 19 pandemic have led to soaring car prices in the U.S. It now costs an average of $47,148 to buy a new car—an all-time high.

But that’s nothing compared to Singapore.

In a bid to manage a large population squeezed onto a tiny island, and in an effort to cut down on traffic and pollution, the tiny island nation has made it prohibitively expensive to own a car.

The country requires citizens to bid on—and win—a state-issued “certificate of entitlement” (COE) before they’re legally entitled to purchase, operate and own a car for a 10-year period. After the 10-year mark, residents must buy another COE if they want to maintain their car ownership. If they fail to do so, they must scrap or sell their vehicle or export it to another country.

COE auctions take place twice a month, and permits are separated into different categories depending on vehicle type.

Bids for a Category E COE—permits that can be used for all vehicles except motorcycles—hit an all-time high of $82,000 during the second round of July auctions, according to data from Singapore’s Land Transport Authority (LTA). Bids for Category B permits, which are used for larger and more powerful cars, also reached a record high of $79,300. Small cars’ premiums, or Category A certificates, reached $56,913.

A grand plan for a less congested island

Singapore suffers from a scarcity of space.

It has a land area of 728.6 kilometers—roughly 100 kilometers larger than Chicago, but with more than double the number of people. That means the traffic problems other cities suffer are magnified.

In an effort to get the car problem under control, the government introduced the COE system in 1990. In 2015, it capped the new private-vehicle growth rate  at 0.25% per year. And by 2018, the authorities reduced the growth cap to 0%. This means Singaporeans dreaming of car ownership must wait for current COE holders to give up their permits.

But even aside from COEs that are now worth more than a worker’s average annual  salary, good luck trying to buy a car. Mid-range cars can cost five times as much in Singapore than in the U.S. The price of a Toyota Camry standard automatic hybrid retails for $132,000 in Singapore, compared to $28,000 in the U.S. and $36,000 in the U.K.

But while it may be rare to find a car owner in the country, Singapore has invested billions into its public transport system in the last decade alone, to make it one of the most efficient, affordable, clean, and safe public transit systems in the world. In the last 10 years, the government has added 1,000 more buses, 200 trains, and three new Mass Rapid Transit (MRT) lines. It plans to spend around $43.4 billion from 2020 to 2030 to expand its rail system, and says that 80% of households will live within 10 minutes’ walk of a train station. As a result, nearly 60% of employed Singaporeans use public transit to get to work.

Singapore is “one of the only cities that can keep its car population down,” Song Seng Wun, an economist at CIMB Private Banking, told Bloomberg.

“If you’re a city planner…look at Singapore. You can’t build more roads without taking space and resources from others, so if [people] want to drive, [they need to] pay.”