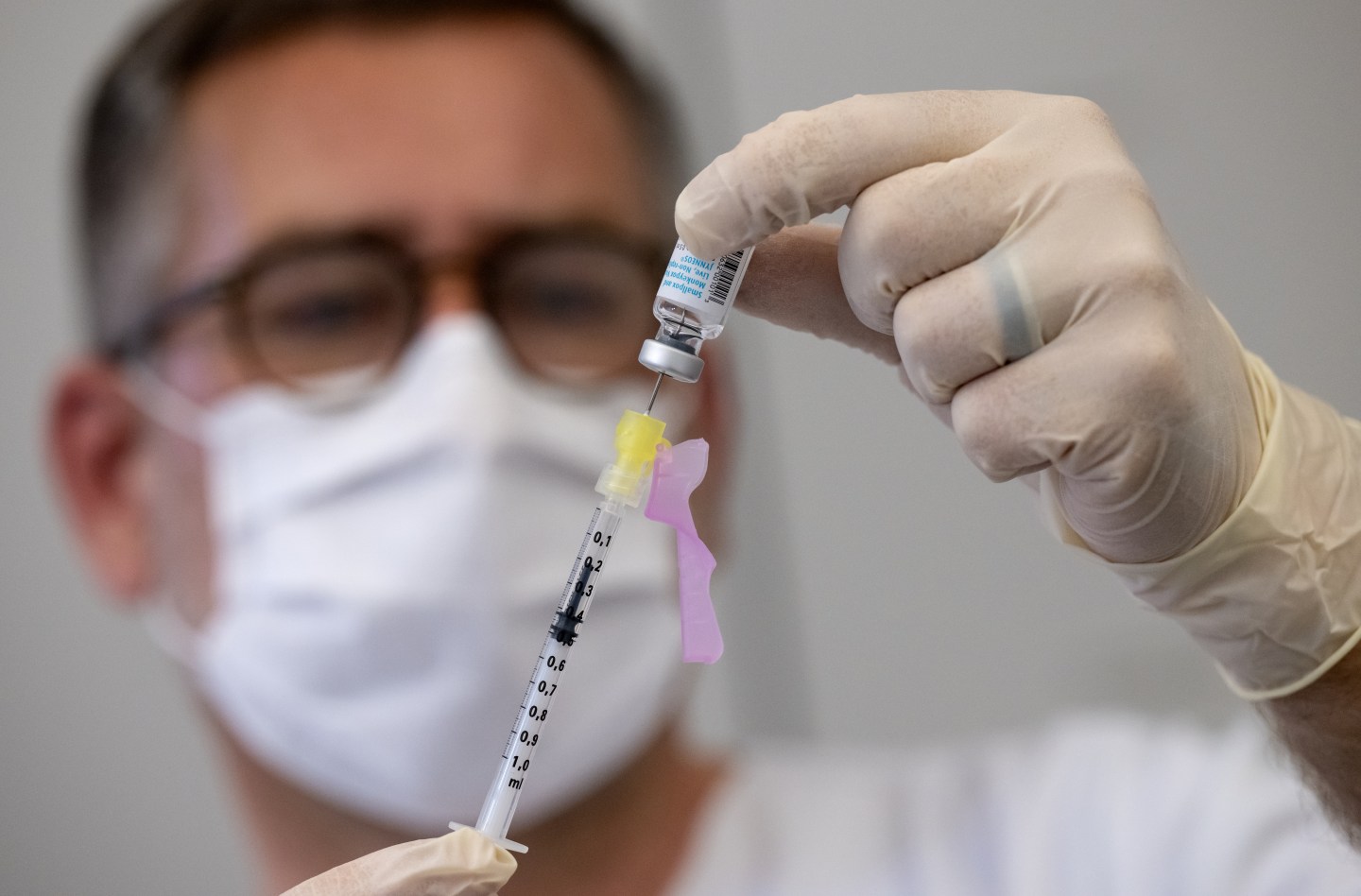 While the head of the World Health Organization has declared monkeypox a global public health emergency, the vaccine situation for the disease is much different than it was for COVID-19.

Bavarian Nordic, headquartered in Denmark, has won EU approval for its monkeypox vaccine. And demand for that vaccine is spiking these days. While the company hasn’t had to turn down orders from governments seeking the vaccine so far, it’s expanding its production, and even considering a 24-hour production schedule, as the virus continues to spread.

Currently, Bavarian can produce 30 million doses per year, but it’s looking to boost that capacity, though won’t give a target number. It is able to contract with other producers to make the vaccine, but says it’s trying to avoid that, and doesn’t expect governments to force it to do so, since the vaccine is not easily reproduced.

Imvanex, the monkeypox vaccine made by Bavarian, was initially made to combat smallpox. It has now, however, been cleared by European officials to be labeled for monkeypox. (The U.S. and Canada have already approved that clearance.) That gives the company a much larger base of buyers.

The risk of monkeypox to the global community is currently moderate, with the exception of Europe, where the majority of cases have occurred since May and where risk is high, WHO Director General Dr. Tedros Adhanom Ghebreyesus said on Saturday. The organization has established an emergency committee for the virus, a rarity for WHO.

Monkeypox was first discovered in 1958 and the first human case was reported in 1970. Symptoms include fever, headache, body aches, exhaustion and a rash that spreads across the body. It is fatal in up to 10% of infections.

The recent outbreak was first identified in Europe on May 7, in an individual who had traveled to Nigeria, where monkeypox is endemic. This outbreak has grown from more than 3,000 cases in 47 countries to more than 16,000 cases in 75 countries and territories as of this week, with five deaths.