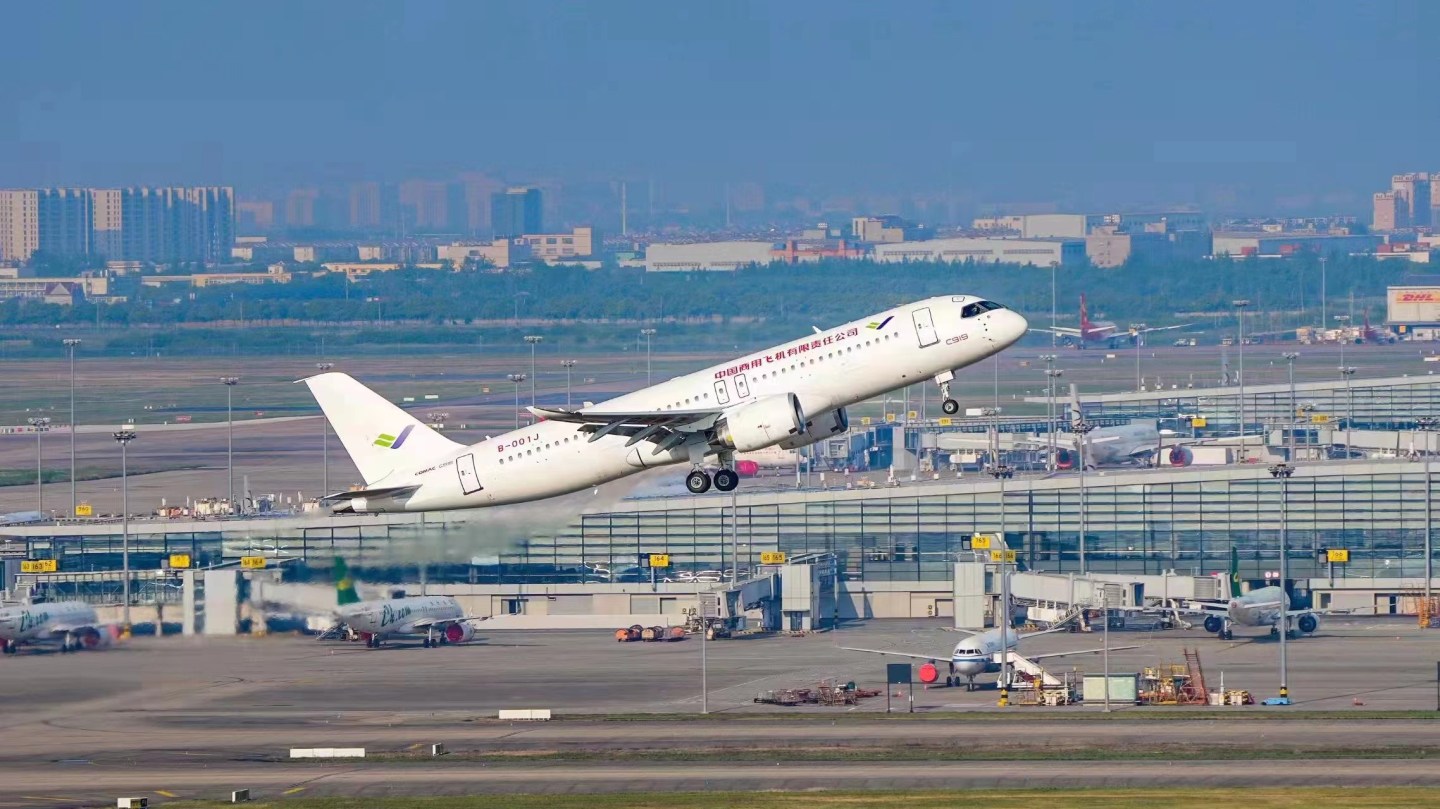 The first C919 large passenger aircraft to be delivered to be delivered completes a successful maiden test flight off from Shanghai's Pudong International Airport on May 14, 2022.
Xinhua/Getty Images

On Saturday, the Commercial Aircraft Corp of China (COMAC) announced that six of its C919 passenger jets had completed their test flights, the final step before the Chinese government certifies the airplanes.

“This is a crucial phased victory in the development of the C919 jet,” COMAC said in the statement.

COMAC, a state-run aerospace manufacturer, has long had ambitions of challenging U.S. airplane maker Boeing and European maker Airbus. Some analysts refer to the C919 as China’s “divorce jet” because it represents China’s hopes to use the aircraft to lessen the country’s dependence on Boeing and Airbus. But COMAC has struggled to deliver on the C919 jet—a narrow-body, medium-range airliner similar to the Airbus A320 or Boeing 737 Max—after years of delays.

China’s government initially launched the C919 development program in 2008. It wanted to get the jet flying by 2014 and commercialize the plane by 2016. But China’s lack of technical equipment, parts, and expertise for plane making slowed development. The first C919 prototype took flight in May 2017, but testing issues plagued the manufacturer and COMAC pushed the launch date back to 2021.

Last year, C919’s launch was postponed again as COMAC struggled to import parts. COMAC depends on U.S. manufacturers like Honeywell to import critical components for the C919 aircraft. But in late 2020, the U.S. government banned tech exports to COMAC due to the firm’s alleged military ties.

Completing the C919 test flights is a positive sign for COMAC, but it may be another year or more before passengers strap into C919 seats.

COMAC expects China’s government to certify the C919 jet later this year, according to Chinese state media. After that, COMAC will need to complete additional test flights and train pilots and crew to use the aircraft, a process that could extend COMAC’s official C919 launch into 2023 or 2024.

The Chinese government invested heavily in the C919, pouring between $50 billion and $72 billion into COMAC for the aircraft’s development.

COMAC vs. Boeing and Airbus

It remains unclear whether the C919 can compete with Boeing and Airbus for customers. COMAC’s only homegrown commercial aircraft, the ARJ21 short-haul plane, has been in commercial use since 2016. But COMAC has only delivered 68 of the planes to domestic carriers including Chengdu Airlines, Air China, and Jiangxi Airlines; the planes fly almost entirely in China. Airbus, by comparison, currently has over 2,000 airplanes operating in the country.

Experts also say that even once the C919 is ready, the aircraft will be less fuel efficient with worse technology than either the Airbus A320 or Boeing 737 Max, making the COMAC planes a tough sell to airlines. But state pressure may make up for some of COMAC’s deficiencies.

“China provides a large captive domestic market in which Beijing can mandate orders for COMAC even if the C919 is less competitive than western alternatives,” Jim Harris, aerospace and defense practice lead at Bain & Company, recently told the Financial Times.