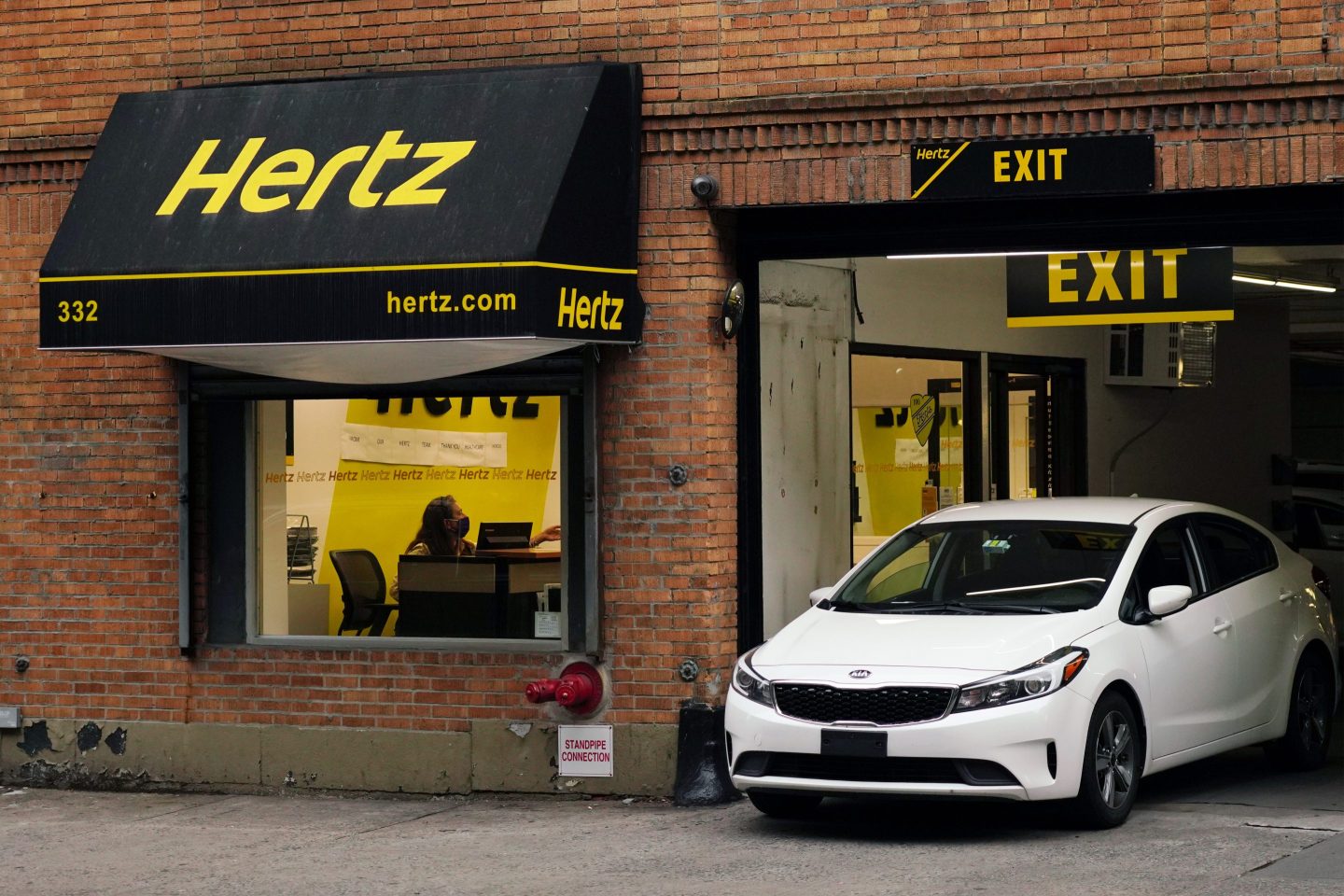 47 people have filed a lawsuit in which they claim they were falsely arrested for driving stolen vehicles they leased from Hertz.
Cindy Ord—Getty Images

Car rental giant Hertz is facing a lawsuit in which dozens of people allege they were arrested for driving stolen vehicles when they leased cars from the company.

CNN reported on Friday that 47 Hertz customers had filed a lawsuit in which they said they had been caught completely off guard by the arrests—some of which had happened at gunpoint or resulted in them being jailed.

Some of the claimants reportedly said they had lost their jobs in the aftermath of being arrested.

The lawsuit, filed in Delaware Superior Court, accused Hertz of deep-rooted errors in the way it reports vehicle thefts, according to CNN.

These alleged failures included not recording extensions of car rentals, making false accusations about customers not paying, failing to keep track of its own vehicle inventory and not correcting false reports that had been filed to the police.

One woman named in the lawsuit described being swarmed by police with guns drawn, according to CNN, while her children watched. She is reported to have been imprisoned for nine nights after being arrested for vehicle theft in March 2021, despite paying for her rental car.

Another woman alleged she spent 14 nights days in jail, leaving her daughter alone as her father was deployed overseas. During her time in jail, she said she had three panic attacks, was physically attacked by other inmates and was bitten by bedbugs.

Several other complainants described how being accused of driving stolen vehicles led to them being held at gunpoint by police, losing their jobs and waiting months or years to have criminal cases against them dropped.

“We have changed our policies to avoid the possibility of this happening [again],” he said.

However, the claims being brought against Hertz in Delaware are not new, the company told Fortune on Monday.

In June, a judge ruled that almost 100 people who had accused the company of being responsible for their wrongful arrests could file lawsuits in state courts across the United States.

Prior to that ruling, those claimants had only been able to file their cases in bankruptcy courts after Hertz filed for bankruptcy in 2020.

The claims filed recently in Delaware had previously been brought to the bankruptcy court, and were simply being moved to a state court by the claimants, Hertz’s spokesperson emphasized.

Hertz emerged from bankruptcy last summer before relisting its shares on the Nasdaq in November.

Hertz’s spokesperson told Fortune on Monday that the company disagreed with the decision to let claimants pursue certain cases outside of bankruptcy courts, and that Hertz had appealed the ruling allowing this to happen.

Its opposition was to allowing claims from before its emergence from bankruptcy to be heard outside of bankruptcy courts, the spokesperson explained.

It can be tough for claimants to win big payouts from corporations in bankruptcy courts.

“In the last two years in bankruptcy, our hands were tied behind our back and our foot was stapled to the floor,” Francis Alexander Malofiy, the Philadelphia-area lawyer representing arrested customers against Hertz (and who, in 2014, sued Led Zeppelin over the authorship of “Stairway to Heaven”), told Bloomberg last week. “Now the gloves come off.”

Earlier this year, NPR reported that more and more large companies were “turning to bankruptcy courts to block lawsuits.”

Hertz has already begun sending settlement letters to dozens of claimants in the false imprisonment scandal, its spokesperson said Monday, adding that the company would continue to do so “on a case-by-case basis.”

Editor’s note: This article has been updated to include Hertz’s response to the lawsuit.