The U.S. doesn’t have enough monkeypox vaccines to meet demand, officials warn ahead of anticipated surge in cases 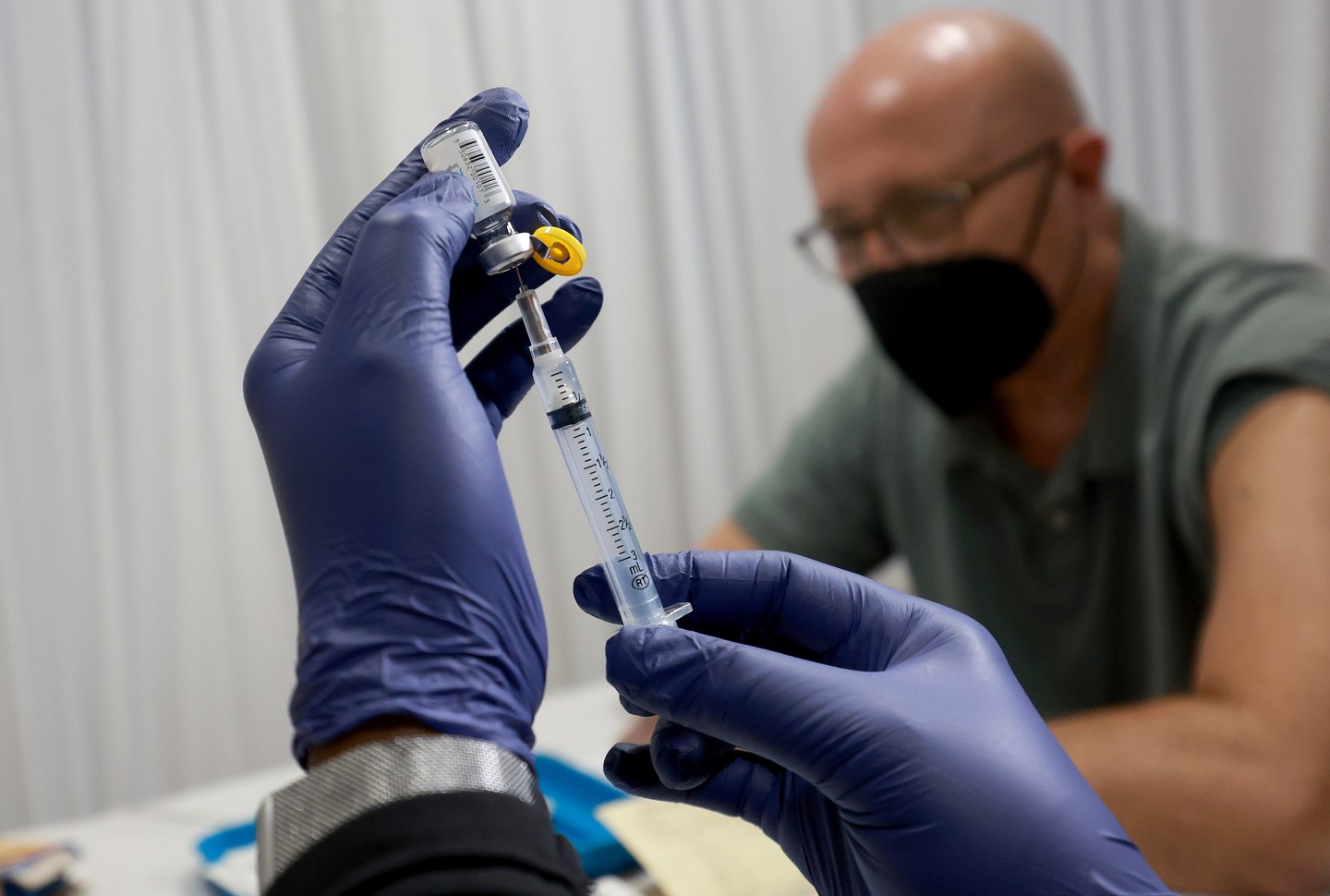 A healthcare worker prepares to administer a vaccine to Michael Nicot for the prevention of monkeypox the Pride Center on July 12 in Wilton Manors, Fla. The center is offering the free smallpox/monkeypox vaccinations from the Florida Department of Health in Broward County as South Florida leads the state in the number of people infected.
Joe Raedle/Getty Images

Demand for monkeypox vaccines in the U.S. is greater than the supply, federal health officials said Friday, while warning of a surge in cases is expected over the next few weeks.

The U.S. had seen nearly 1,500 cases in 44 states as of Thursday. More than 11,000 cases had been seen globally in 65 countries, officials said at a Friday press call regarding the federal monkeypox outbreak response.

They anticipate an increased rate of reported diagnoses in the coming weeks due to several factors, including the recent expansion of the nationwide testing network, now capable of processing up to 70,000 tests per week.

But even before the anticipated surge, “demand for vaccines from jurisdictions is higher than the available supply,” Dr. Rochelle Walensky, director of the Centers for Disease Control and Prevention, said on the call.

As of June 14, the federal government had distributed 156,000 vaccines nationwide, including more than 100,000 last week, said Dawn O’Connell, assistant secretary for preparedness and response at the Department of Health and Human Services. As of June 28, the U.S. had only distributed 9,000 doses.

An additional 131,000 doses are being made ready for distribution as early as Monday, she said.

The government will continue to attempt to prioritize both areas seeing the most cases and populations at the highest risk. The vast majority of cases continue to be reported in men who identify as having sex with men, officials said Friday.

The White House in late June announced the first phase of its national monkeypox vaccine strategy, saying it would release tens of thousands of doses “immediately” from the Strategic National Stockpile—with millions more on their way the coming weeks and months.

Prior to June 28, vaccines were available only to those with known exposure who had been notified by contact tracers. As of that day, vaccines were made available to those who were not contacted by contact tracers, but who had physical contact with someone who had monkeypox; men who have sex with men who had multiple sex partners in a venue where monkeypox is known to have spread; and at-risk individuals in areas where the disease is spreading at substantial rates.

The vast majority of jurisdictional requests are for the Jynneos vaccine, a smallpox vaccine approved to treat monkeypox in adults. They can also request the ACAM2000 vaccine, which the National Strategic Stockpile houses in spades, according to federal health officials. But it uses a live virus and can have serious side effects, including stillbirth and life-threatening infection. It’s considered unsafe for women who are pregnant or breastfeeding, people with weakened immune systems, and those with heart disease.

The news comes as the World Health Organization’s emergency committee on monkeypox is set to meet yet again Thursday to determine if the disease is now a public health emergency of international concern.