L.A. County is on the verge of another indoor mask mandate 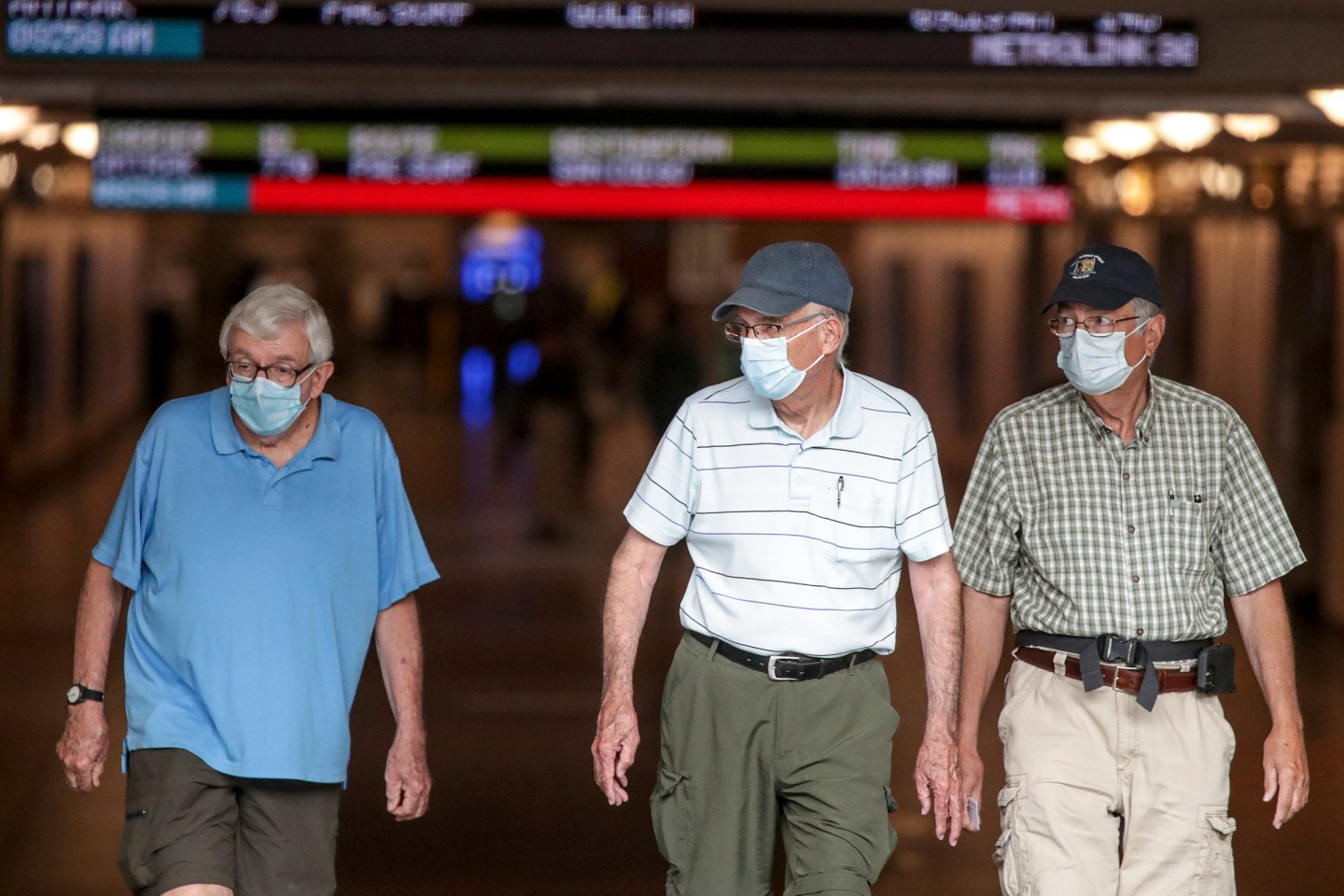 With California suffering through another intense coronavirus wave, the stunning proliferation of the BA.5 subvariant is becoming a growing focus of scientific scrutiny.
Irfan Khan—Los Angeles Times/Getty Images

People in Los Angeles could be facing another indoor mask mandate before the end of the month as COVID-19 is once again spreading like wildfire across the area.

The Los Angeles Times reports health officials say the mandate seems likely, barring a rapid turnaround in conditions. Currently, infections in Los Angeles are on the high end of the scale. If they remain at that level for the next two Thursdays, the masking order would go into effect July 29.

Should cases fall and Los Angeles drop back to the “medium” level, as defined by the Centers for Disease Control and Prevention, that would reset the clock, meaning no mandate could be issued until August, at least. Officials say given the trend of infections, that’s unlikely.

Los Angeles hasn’t been in the high level since late February. But as of Wednesday, over 1,200 COVID patients were hospitalized in the county, more than twice the number recorded a month ago, with the rate of increased hospitalizations increasing since the end of June.

The BA.5 subvariant of Omicron has been running roughshod in L.A., infecting about 6,400 people per day over the last week. COVID-related deaths have also doubled from 50 to 100 per day in the past month.

The virus combines the worst traits of Omicron (extreme transmissibility and immune evasion) and the Delta variant (which tends to affect the lungs). Worse, people who were infected by BA.4 are still susceptible to this subvariant.

New York City, meanwhile, is recommending people wear masks indoors, but there’s no mandate—and the advice is being widely ignored by visitors and citizens.

An L.A. mandate would require people aged 2 and older to wear masks at restaurants, bars, gyms, schools, retail stores, and shared offices, among other places. They would not, however, be required outdoors. And county officials say there are no plans for shutdowns.