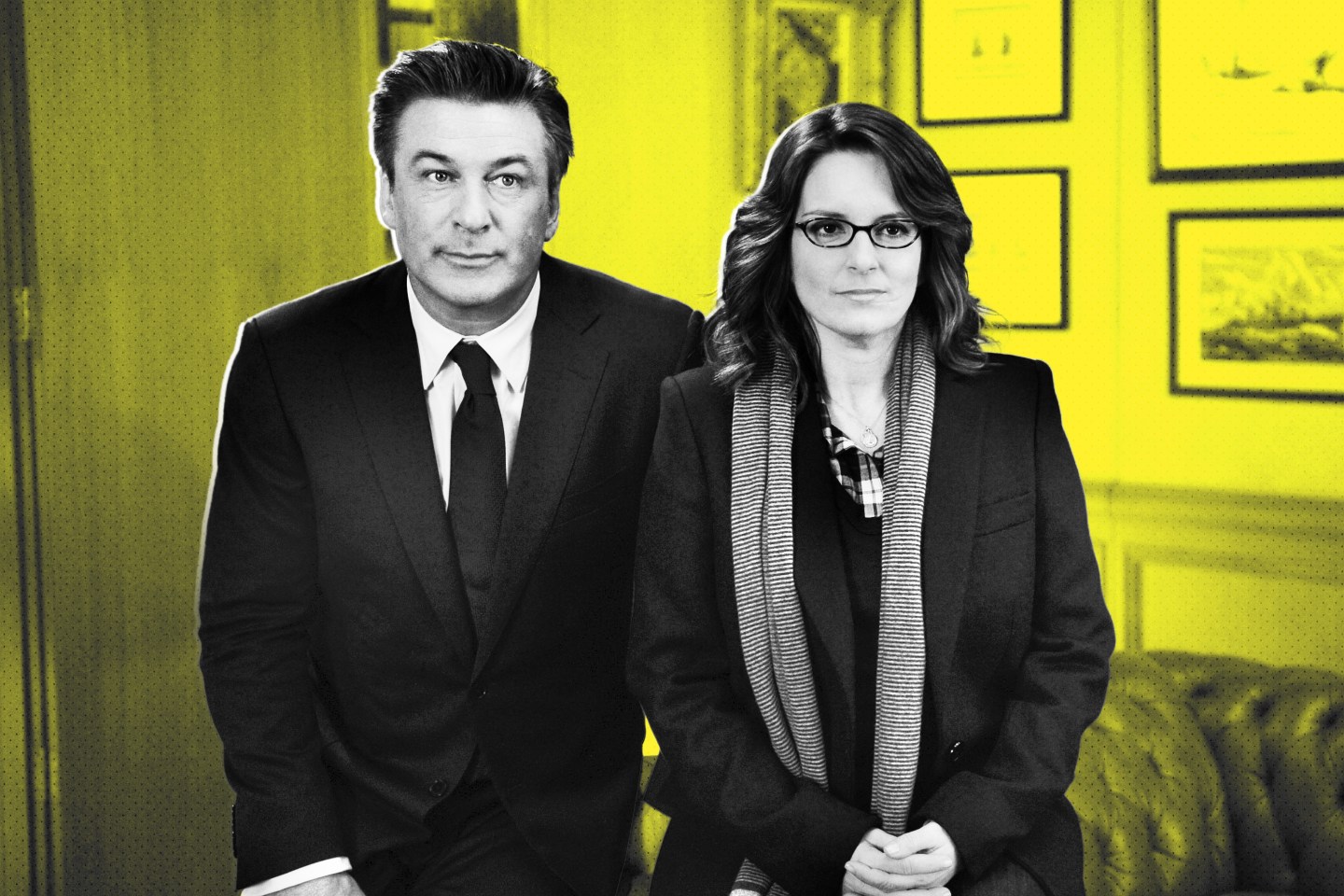 I’m very excited that I’ll be growing my team soon. I’ve been encouraged by my peers to include a test as part of the hiring process, but I’m not sure if it’s the right thing to do.

I lead a small team of high performing and passionate employees who have been working hard over the past year. I want to be sure that whoever we hire can keep up and pull their weight on the team. I also want our hiring process to be equitable and fair to all applicants. Should I make a mandatory take-home assignment part of our process?

When we’re talking about making a test part of the hiring process, there’s a lot that we could be talking about here. I’ve both created tests for applicants and taken them myself when interviewing. My experience has mostly been in the journalism, tech, and design industries. These are three industries where the use of tests is not unusual and can often be used to similar ends—either testing technical skills of an applicant or getting insights into how a candidate will approach a position.

Some of the most common tests are skills-based: assessments that evaluate how a candidate completes a job specific task, scenarios to work through (either on the spot with interviewers or as part of a take-home assignment), or memos that ask candidates to map out how they might approach a problem or the prospective position.

These tests have somewhat of a mixed reputation. Many managers love using them to learn more about candidates. Among my peers, there are also horror stories of time-consuming hiring tests, repeated requests at providing context around past work samples, and subjective interviews with opaque questions where it’s unclear what’s being evaluated. And hiring managers rarely provide compensation for the job candidate’s time and energy. As you’re thinking of how you would like these kinds of tests to go, consider how you’d feel if you were the one applying and be mindful of people’s time and energy.

Before you decide if you even want to give a test, you want to take the time to create a thoughtful hiring process designed to give candidates an equal chance at getting the position. A thoughtful hiring process includes the work you will do before you have candidates to evaluate: creating a well-defined position on your team, recruiting a diverse candidate pool, and taking steps to address unconscious bias.

Being intentional about hiring is important, especially to address the unconscious bias that can creep into organizational practices. Whatever form you decide to take with evaluation, it needs to be applied equitably to candidates, reviewed in a consistent manner, and designed in a way that candidates can be sure their ideas won’t be used by your company without their consent.

I spoke with Lauren Rivera, professor of management and organizations at the Kellogg School of Management at Northwestern University, to get more perspective and to better understand how hiring tests are used—and how they can be best used. Lauren has done extensive research on hiring, primarily focusing on law firms, consulting firms, and investment banking, which informed her book Pedigree: How Elite Students Get Elite Jobs.

Lauren was quick to point out that hiring tests can be a valuable tool to better understand candidates skills or how they might handle a situation, but she also notes that these tests aren’t a panacea.

“Just having a test isn’t going to make hiring so much better. You have to have the right type of tests, and you have to use it in a way that is in the direction of better results, both from a quality standpoint and an equity standpoint,” she told me.

One of the best ways to make any tests relevant is to tailor them for the job that’s hiring. Of course, this means that you have to do the work in advance to define what the job is that you hope someone will do, what skills you’re looking for and what duties you’re hoping the employee will handle. All of this is pre-work that you should do before you begin evaluating candidates, since knowing the criteria that you’re going to be evaluating them against is critical.

Lauren emphasized that without having a clear picture of what the role is or how candidates are going to be chosen in advance, employers will sometimes apply judgements only to certain groups during review. For example, employers frequently penalize women more harshly for math mistakes during the hiring process than they would men, thus reinforcing a gender stereotype about women. Employers may change the criteria they’re using to evaluate depending on if they like a candidate or not, such as giving a candidate points for a skill they’re impressed by that hadn’t been previously identified as important to the role.

Consistency is key to creating a more equitable process. When hiring managers ask open-ended questions to candidates and change the questions they ask each applicant, it can be hard to compare or justify why one person should be hired over another person. For Lauren, consistency in the hiring process means “making sure that if you’re going to use a job test, it’s one that is tied closely to the actual job someone’s going to do, that you’re going to give it to all people,” she said. “You’re going to have a systematic way of scoring it so that hopefully you’re not just scoring people higher who have inside knowledge. But in addition, you would want to give the same prompt.”

Oftentimes in design, journalism, and tech, hiring tests are given after candidates have already moved through a stage of the process. I’ve often seen them given after first or second round interviews, with the logic being that employers don’t want to waste the time of applicants unless they’re a serious contender for the job. So one of the most surprising things that Lauren told me was that research shows that hiring tests are most effective when used early in the process, especially if you’re looking to be more equitable in hiring. When you look at resumes and do interviews first, that’s where a lot of bias is introduced. By doing skills screening first, you can make sure that the people who are being brought in for further assessment are moving forward because they have the right stuff for the job.

To get more detail from an industry leader who has worked hard to internationally create equitable hiring practices, I spoke with Jennifer Taback, president and principal at Design de Plume. In addition to running her own design firm, Jennifer is also the vice president of diversity and inclusion at the Association of Registered Graphic Designers (RGD). RGD has created guidelines for “administering ethically sound skills tests” when hiring, and Jennifer has spoken to RGD about how companies sometimes use hiring tests to get free work from candidates.

One thing that Jennifer warns against is companies that use hiring processes to get free labor or ideas from candidates.

“Hiring tests have entered into that spec work territory because some companies will use an interview as a place to get some free ideas from people,” she said. “They’ll say, ‘Could you pitch an idea on this product that we’re working on?’…a project that applicant has no knowledge of the product, the clients, the demographics, any of the research, and then they’re not being compensated for it.”

Jennifer’s firm uses hiring tests most often to be sure that designers and web developers have the technical skills they need to be successful in their role. They set a time limit for how long the test should take, often two hours, and compensate candidates for that time spent on the test. Hiring managers make it clear that the work is not going to be used for anything besides evaluating for the job position.

As you’re thinking about how to make your firm, and potentially your industry, more inclusive, hiring tests are just one thing to explore. “I want companies to do a bit more work, and acknowledge the systems that are in place that don’t allow more diverse hires. There’s reasons why people are not applying, so take a look at that,” Jennifer says. “If you get one woman applying out of 50 applicants, why? What is your process like?”

Like many managers I’ve talked to, you’re interested in making the hiring process better because you’d like to make your organization more equitable. While it can sometimes be challenging to make change, I encourage you to see the power that you have to hire new team members as an opportunity to educate some of your colleagues on ways that your company can do better. If you focus on creating a test that is tied directly to the job that people are interviewing for, you’ll get more information about the candidates that you’re working with. If you value your candidates’ time and the expertise they bring to the table, you can find skilled candidates that will keep up with your team.

Sending you lots of good vibes,

Work Space is a monthly Q&A column tackling the work challenges that keep you up at night. You can read all the columns here. If you want advice on something you’re navigating at work, send your questions to workspace@fortune.com.