A bank CFO that excels at storytelling—through numbers 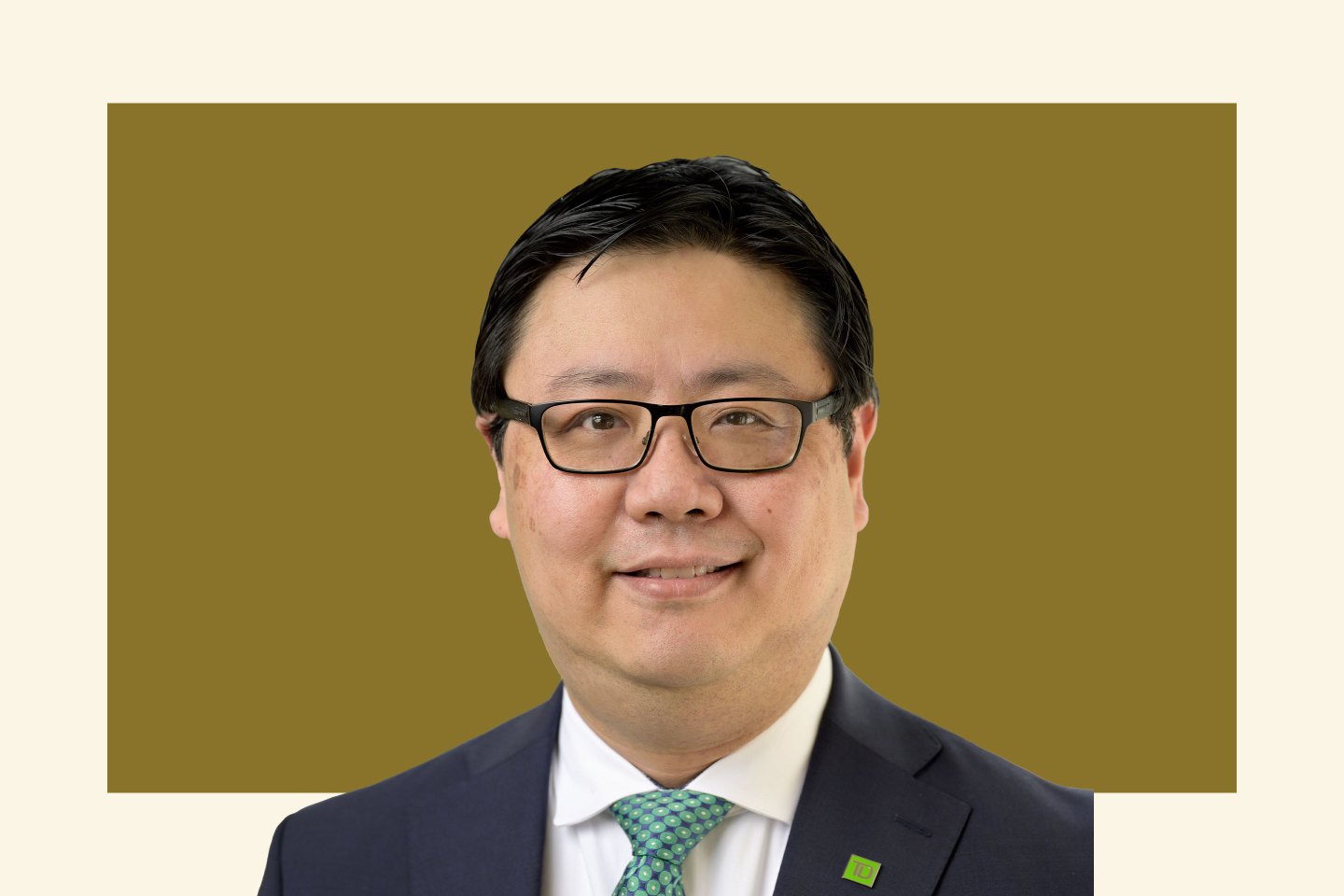 “I grew up in China, and one of my strong suits, when I was in high school, was actually creative writing (in Chinese). But I kind of gave it up as I moved into college, searching for what I thought was a more practical field to make a living,” Xihao Hu, CFO at TD Bank in the U.S., told me. Hu chose accounting. But he would eventually translate his knack for creative writing to strategically telling stories with numbers. Now, he’s guiding his team to do the same.

Storytelling was a core-skill focus during TD Bank’s company-wide virtual learning day on June 22 that included finance and audit, among other groups, Hu says. There were more than 1,000 attendees who participated in the voluntary full day of workshops and panel discussions, an event that has been taking place for about two years.

Storytelling in finance is two-fold: telling the story with data and having the communication skills to make your case effectively, Hu says. “Some of the good CFOs have probably used storytelling techniques before,” he says. “But it hasn’t been accentuated as one of the core skills or capabilities for finance professionals.” The U.S. finance team has close to 400 people, he says.

In storytelling, “You put the numbers into a story to link to what you want to do in the future,” Hu says. “In every single step, I think you need data to support your theory. From theory, you tell an idea. From the idea, you give a recommendation.”

-Pull together data from the market and data on what you’re currently doing.

-Create KPIs to compare your performance and your potential to what’s now in the market.

-Identify your areas of strengths and weaknesses. Then you tell the story about how you can compensate for any gap and strengthen your leadership position.

-Give insight on what future KPIs will look like.

I asked him for examples of how he’s used this strategy.

“Each month, finance will go through our business monthly operating results,” Hu explains. “We will slice and dice different sets of data to ensure we tell a comprehensive and accurate story about how we have performed and what opportunities may lie ahead.”

He continued, “For example, for our credit card businesses, we will look at average and spot balances, percent of revolving balances, number and dollar amount of credit sales, payment rates, new accounts, delinquency, net charge-offs, etc. Our story, whether externally to investors or internally to business leaders, is based on careful analyses of these data points to draw a complete and trustworthy picture of business health and potential.”

Another example: “Our CEO in the U.S. wanted to do a strategy refresh,” Hu explains. “So, finance took a leadership role in helping the CEO to put together the strategy working with the business teams, one by one, to identify the important pillars that will support future growth. And then the CEO, I, and the three business heads went to tell the story at our first senior management conference in person back in June.” The storytelling was “not only about the bank’s future direction in the U.S., but also how we can get the money to fund them to help them achieve their goals,” he says.

Hu became CFO in April 2021 but has been with TD Bank for more than 11 years, serving in roles such as a chief auditor.

“I think storytelling also provides good context when trying to communicate and connect with your people,” Hu says. In addition to being finance chief, Hu leads TD Bank Group’s Visible Minority pillar under the Inclusion and Diversity Leadership Council. “The other storytelling is my role helping to champion diversity and inclusion,” he says.

Have a great weekend. Take care.

U.S. companies are planning to increase worker pay on average by 4.1% in 2023, compared with the average actual 4.0% increase in 2022, according to Willis Towers Watson's (WTW) Salary Budget Planning Report released on Thursday. The global advisory firm said these are the most significant increases since 2008. About 73% of employers said a tighter labor market is the main driver for the higher budgets. Additionally, 46% of respondents cited employee expectations for higher increases driven by inflation, and 28% adjusted their budgets in anticipation of more substantial financial results.

These are the top 10 best states for well-being, according to a survey of 500,000 Americans by L'oreal Thompson Payton

The labor shortage has given employees a big upper hand. Their power may be running out by Megan Leonhardt

The best stock investing strategy for 2022: Don’t buy the dip, buy the dividend by Shawn Tully

Michael Barkin EVP and CFO at Vail Resorts, Inc. (NYSE: MTN) announced that he will be stepping down after nearly a decade in role to take time to pursue personal opportunities. Barkin’s resignation will be effective December 31, or the date a new CFO begins employment. Barkin joined Vail Resorts in July 2012 as vice president of strategy and development and was named chief financial officer in March 2013.

Sandip Grewal was named CFO and COO at True Religion, an American denim and sportswear brand. Grewal joins True Religion from Bradshaw International, a housewares supplier to retailers nationwide, where he has served as CFO since 2017. Prior to that, Grewal served as CFO of Dr. Fresh LLC, where he helped lead a sale in 2017 to High Ridge Brands Co.

James Haley, CFO at Desktop Metal, Inc. (NYSE: DM), will be stepping down from his role to pursue other interests, according to the company. Haley will remain in his current position through December 31, or the date a new CFO begins employment. He will serve in an advisory role for a period after that. Desktop Metal has retained an executive search firm to assist in a search for a successor.

Nadeem Moiz, CFO at Crown Laboratories (“Crown”), a global skincare company, will take on expanded responsibilities as chief operations officer (COO). This appointment is made as Jack Songster, Crown’s current COO, is set to retire on July 15. Moiz will focus on financial and manufacturing leadership and operations in this dual role. He joined Crown in January 2022 as CFO.

Carlos A. Rodriguez was named CFO at HF Foods Group Inc. (Nasdaq: HFFG), a food distributor to Asian restaurants in the U.S., effective on or before August 1. Rodriguez has over 25 years of finance and accounting experience. Most recently, he served as chief accounting officer and VP of corporate finance for General Life Sciences, Inc. Before General Life Sciences, Rodriguez served as VP of accounting and corporate finance for California Pizza Kitchen, Inc.

Micah Zajic was promoted to CFO at SQZ Biotechnologies (NYSE: SQZ). Zajic has served as the company’s chief business officer since October 2020. Prior to joining SQZ, he led corporate development activities at MeiraGTx Holdings. Zajic also served in a similar capacity at Alexion Pharmaceuticals. Before that, he spent over a decade in Morgan Stanley’s Global Capital Markets and Investment Banking Divisions.

"If you go back 40, 50 years and you told any major business, or every major business, in the world that in 2022 they were going to be tech businesses in some way...the CEOs would say, what are you talking about? Five years from now, 10 years from now, every part of your company will be A.I. fluent…in the same way that every company is a tech company now."