Elon Musk and Twitter are facing a complicated legal battle. Here are 5 ways it could end 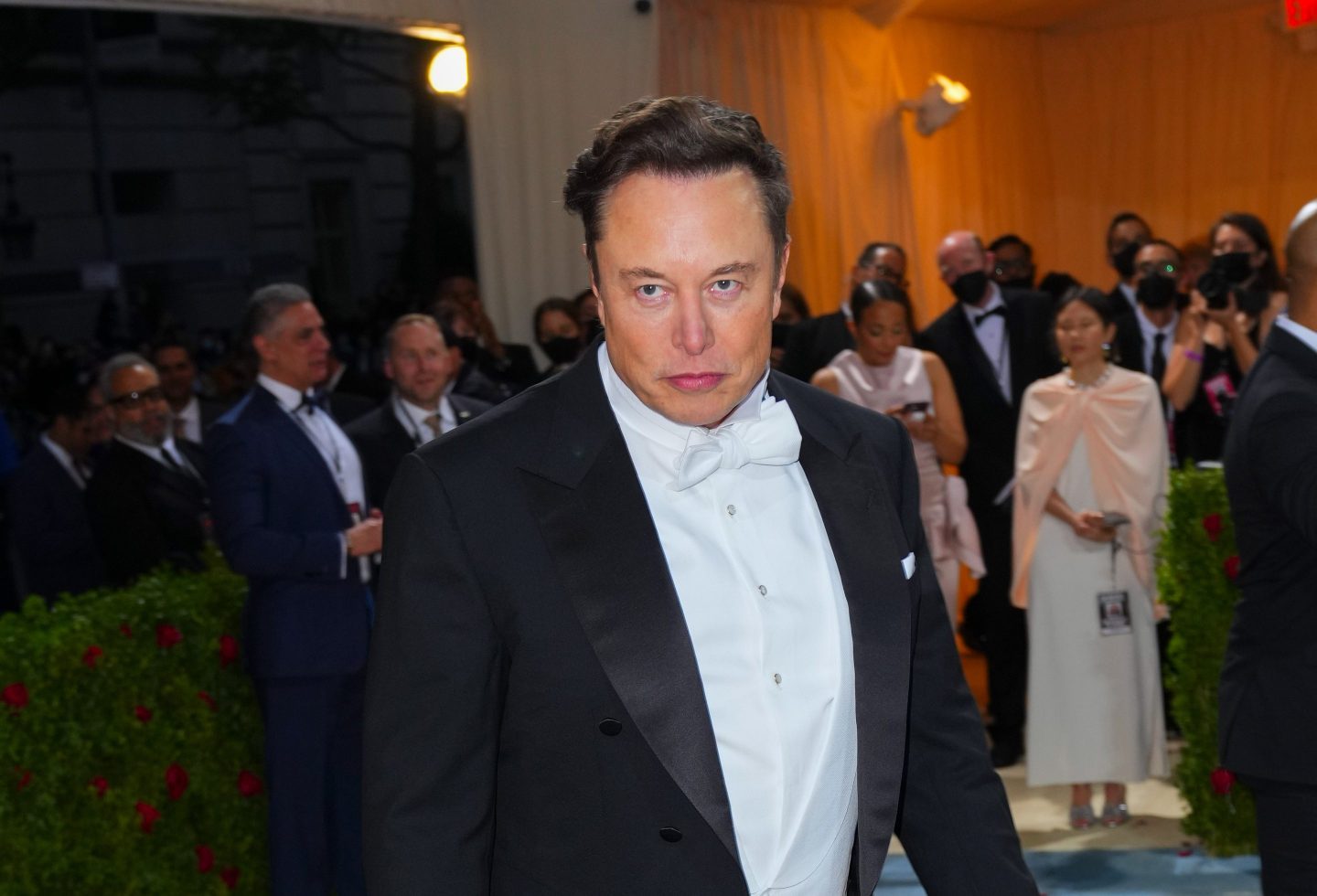 Elon Musk began to sour on his multibillion-dollar deal to buy Twitter soon after striking it in April. Now the company’s future is in limbo as he tries to back out of it altogether.

On Friday, Musk officially announced that he was terminating his purchase, claiming that despite providing him with access to internal data, Twitter misrepresented itself by failing to fully provide information about the number of spam and bot accounts on the platform.

“Twitter has not complied with its contractual obligations,” wrote Musk’s legal team in a letter submitted with their formal SEC filing on June 8.

Twitter fired back that it has not breached the contract in a letter dated June 10 and filed with the SEC. The company has now hired one of the biggest law firms in the U.S. specializing in mergers to make sure Musk can’t back out of the deal. Delaware’s business-law-specific chancery court will handle the dispute, per a stipulation in the original contract.

“The Twitter board is committed to closing the transaction on the price and terms agreed upon with Mr. Musk and plans to pursue legal action to enforce the merger agreement,” the company’s chairman Bret Taylor tweeted last week. “We are confident we will prevail in the Delaware court of chancery.”

No one knows exactly what will happen to Musk’s Twitter deal, but experts Fortune spoke with say there are a few possible outcomes.

Eric Talley, a professor at Columbia Law School specializing in corporate and transactional law, says Twitter’s current stock value, now significantly lower than when Musk struck the deal, is evidence that the path forward is anything but certain.

“There’s an interesting game of reading the tea leaves,” he says.

Musk successfully walks out of the deal

The first outcome is that Musk succeeds in arguing Twitter misled him when he was making the $44 billion deal.

Musk’s legal team outlined their reasoning in their SEC filing, focusing on what they claim is Twitter’s failure to provide insight into the number of spam accounts on the platform. That alleged failure is in violation of section 6.4 of the original contract, which requires Twitter to “furnish promptly” all relevant information that Musk and his legal team request about the company.

“This information is fundamental to Twitter’s business and financial performance,” wrote Musk’s attorney Mike Ringler in the letter to the company’s chief legal officer Vijaya Gadde. Ringler added that Musk had requested information on the accounts for several months leading up to his decision to terminate the deal.

In May, Musk announced that the deal was “temporarily on hold” pending review of the spam account issue. Twitter has since stated that those accounts make up less than 5% of its registered users, and provided Musk with additional internal data in early June.

Musk’s lawyers are now arguing that the information was insufficient, Twitter is in breach of contract, and that Musk is allowed to walk away for a previously agreed-upon contract termination fee of $1 billion.

“The key here appears to be whether his requests are deemed to be reasonable, and if the data already provided by Twitter is deemed to be satisfactorily responsive to the requests,” Drew Pascarella, a senior lecturer in corporate finance at Cornell’s school of management, told Fortune. Though he believes Twitter’s responses to Musk’s requests have been reasonable, he says that the final decision will ultimately be up to Delaware’s chancery court.

The second possibility is that a Delaware court will find that Musk has breached his contract to acquire Twitter.

“Twitter would have rights against him” in that case, says Talley, adding that Musk’s letter on Friday could be seen by a judge as an attempt to transfer blame onto Twitter.

“Under this theory, no judge is going to get fooled by that,” says Talley. “They’ll see through it and see that Musk was trying to pull any ripcord that he could [to stop the deal].”

In the event that Musk is found in breach of contract, the conversation would then shift to what the remedy should be. It’s a decision that hinges on a clause in section 9.9 in the original deal that cites a legal procedure called “specific performance,” which states that if one party tries to break a contract, the court is allowed to impose an injunction to force it to follow through.

“Specific performance” is a provision used in cases where it’s difficult to determine the monetary damages a party should owe if it fails to follow through on its obligations, says Talley. If the party still fails to obey the contract following an injunction, it could be considered in contempt of the court and subject to civil or criminal sanctions.

In the case that an injunction is imposed on Musk through the “specific performance” clause, the court would require Musk to close the deal at $54.20 per share, as originally outlined in the contract.

Musk is found to be in breach of his contract, but only has to pay the $1 billion termination fee

There’s also the chance that the court would simply find Musk in breach of the contract but force him only to pay the termination fee, rather than imposing an injunction to make him go through with the deal.

“If the court feels that that remedy is unworkable or otherwise inappropriate, it could order Musk to pay the $1 billion termination fee,” Larry Hamermesh, a professor at the University of Pennsylvania’s Carey School of Law, told Fortune.

Whether or not he’s forced to buy the whole company for the price he agreed to, experts say that it’s more likely the court will side with Twitter than Musk.

“He didn’t seek any contractual protections, he didn’t do any due diligence,” John Coffee, a professor at Columbia Law School, told Fortune about Musk’s concerns over spam accounts on the platform. “Courts will say that means he assumed the risk.”

Another possibility is that Musk’s financing falls through entirely, giving him a way out of the deal that doesn’t involve the threat of an injunction.

“If you take a look at the specific performance provision, it’s pretty strong, but there are a couple of ways out of it,” says Talley. “And one of the ways out of it is if Musk’s financing fails.”

Though Musk provided approximately $21 billion of his own money to finance his bid, he secured an additional $25.5 billion via debt financing from a variety of sources, including Morgan Stanley Senior funding, Bank of America, Barclays, and others.

Hypothetically, the lenders who helped finance Musk’s initial bid could declare that they want to back out, says Talley. In that case, Musk could then approach the court with the argument that his financing had failed in order to terminate the deal.

“The specific performance provision falls away and what we’re left with is the damages that are specified in the contract,” says Talley, referring to the termination fee. He adds that this scenario would be convenient for Musk as it would allow him to skirt the question of a court-ordered injunction to go through with the deal and just be left owing $1 billion.

However, any evidence that Musk interfered with his financiers in their decision to walk away could land Musk back in legal trouble. And in this third scenario, it’s likely that Twitter’s attorneys would want to investigate what exactly made the lenders back away, says Talley.

“[Musk] is under his own obligations in the contract not to try to sabotage the deal himself,” he says.

Talley likens the current debacle between Musk and Twitter to a roulette wheel with three possible outcomes: Musk backing out of the deal, Twitter making him go through with it, or failed finances offering him an easy exit.

The prospect of a prolonged legal battle, he says, opens up the possibility of another, more likely outcome: Musk and Twitter reaching an independent settlement.

“Both sides are going to have to take as sober a look as they can at these various contingencies, these various outcomes, and how much it’s going to cost, and try to figure out whether there is a number that makes them both feel more comfortable,” he says.

Both parties may opt to agree on a lower price than the original $44 billion for the acquisition, or on a sum higher than the $1 billion termination fee that would allow Musk to walk away.

“I think it’ll play out through negotiation and a private settlement while they posture in court,” says Coffee.

Settlements are by far the most common outcome in merger and acquisitions cases like this one, says Talley, but he adds they become more complicated when there are “elements of prideful psychology” in the mix.

“It’s conceivable to me that that egos may eclipse what otherwise could be a mutually satisfactory settlement agreement,” he says.