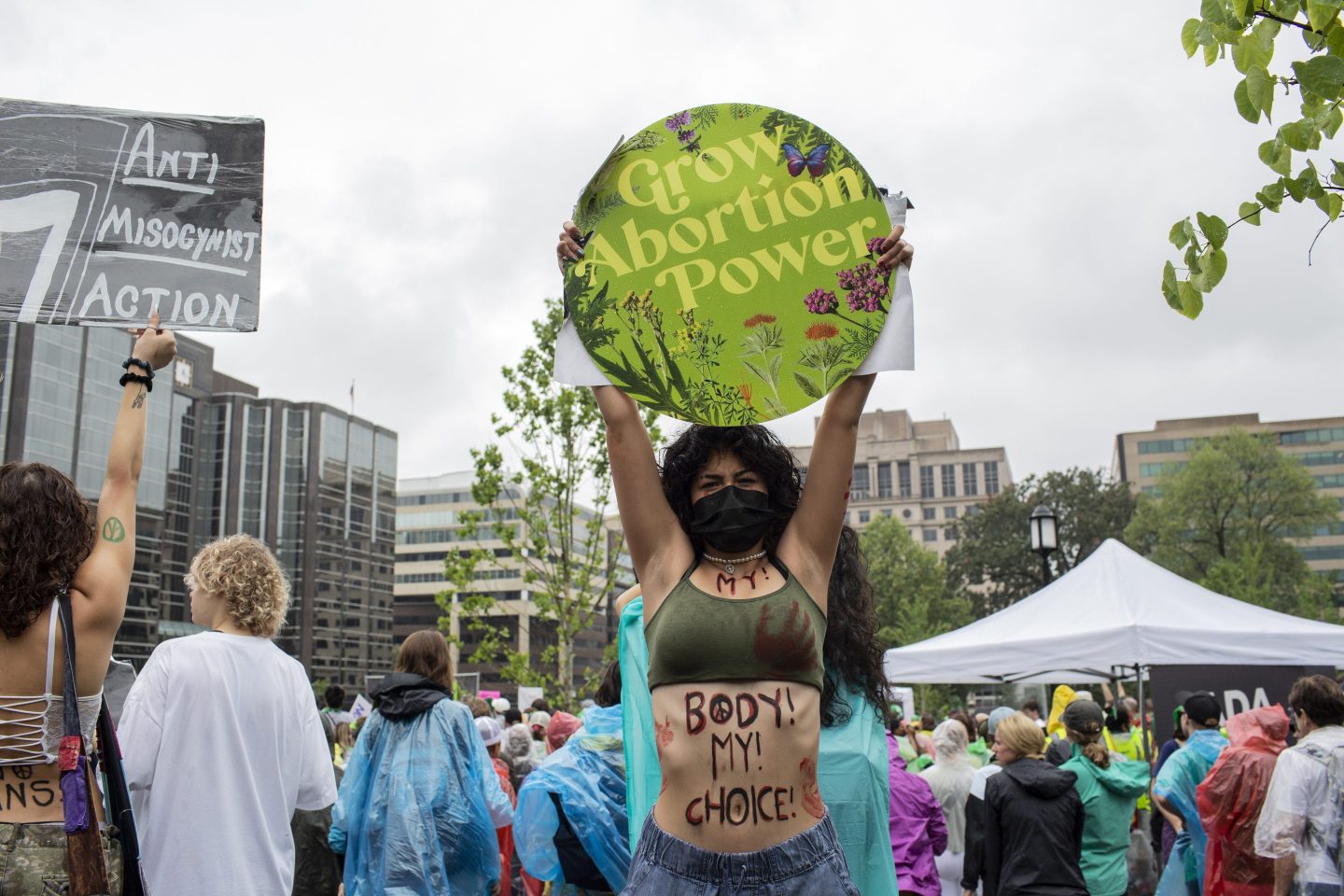 For money managers who invest billions of dollars in accordance with faith-based teachings, the toppling of the half-century-old U.S. ruling that protected abortion rights was a moment of celebration.

But it also left these anti-abortion investors in a bind. Many of the blue-chip company stocks they hold, including Apple Inc. and Tesla Inc., have announced they will cover travel costs for employees in states where abortion is banned.

“We’re not going to own companies that violate our basic moral values,” said Art Ally, founder of Timothy Plan, a biblically based fund that manages about $2 billion. “I don’t want any company that I own shares in spending money to send somebody off to get an abortion.’’

The Supreme Court’s reversal last month of the nationwide right to abortion has for the first time put a spotlight on employee benefits for managers of faith-based funds. The funds typically shun corporations with products and services that conflict with their religious beliefs. They often avoid companies that donate to groups such as abortion rights advocates Planned Parenthood or engage in similar forms of corporate influence. Some managers follow guidelines set by the U.S. Conference of Catholic Bishops for its own investments, which bars owning shares in companies that are directly involved or provide support for abortions.

About $31 billion is invested in Christian-based mutual funds and exchange-traded funds in the U.S., according to data compiled by Bloomberg, and billions more are in accounts with similar trading strategies.

In Boise, Idaho, money managers at Inspire Investing, which oversees $2 billion, started working the phones to arrange meetings with officials at Warner Bros. Discovery Inc., Dick’s Sporting Goods Inc. and Urban Outfitters Inc. to persuade the companies to change their stance on supporting employee abortions. If the discussions fail, there will be repercussions that may include filing shareholder resolutions or removing the companies from Inspire’s faith-based indexes, said founder Robert Netzly.

“As shareholders, we would rather our dividends not subsidize something that is deeply antagonistic to our faith-based beliefs,’’ he said.

Most companies are willing to have at least introductory conversations and sometimes those discussions lead to change, he said, citing an instance where a large oil company stopped donating to Planned Parenthood.

Inspire is working with other Christian-based investors to contact as many as 80 companies to persuade them to reconsider their policies on covering out-of-state reproductive health care, Netzly said.

Timothy Plan, based in Maitland, Florida, is moving more quickly. Ally said he’s told portfolio managers to sell shares in the few companies that the fund owns that have said they will cover travel costs for employees.

“That said, the ruling certainly puts these benefits in a different light,’’ said Jeff McCroy, chief executive officer of Chicago-based CBIS. While the firm doesn’t take into account employee benefits when deciding which companies to invest in, it will “continue to be thoughtful and measured in our approach to this enormously complex and fluid situation,” he said.

The USCCB said in an email that it is monitoring the impact of company policies on its investment strategy. For corporations where there is “some tangential connection” to abortion, the USCCB will discuss the issue with those companies and back shareholder resolutions that end those ties, according to the group’s guidelines.

Eventide Asset Management, a faith-based firm managing $6 billion out of Boston, said that it’s “evaluating the impact of the changing legal precedent on prospective and current portfolio companies.’’ And Luther King Capital Management, which manages the $50 million Aquinas Catholic Equity Fund, plans to start reaching out to corporations that have made public statements about supporting employee travel costs, said Richard Lenart, secretary and treasurer of the Fort Worth, Texas-based firm’s mutual funds.

Ultimately, the abortion ruling has put these money managers “in an awkward position of potentially having to divest from companies that are making bold moves on gender equality,’’ said Rob Du Boff, senior ESG analyst at Bloomberg Intelligence.

—With assistance from Amine Haddaoui.