Inflation is so wild a late-night NYC crowd caused $25,000 in damages and hurt an employee over a $1.75 upcharge on dipping sauce 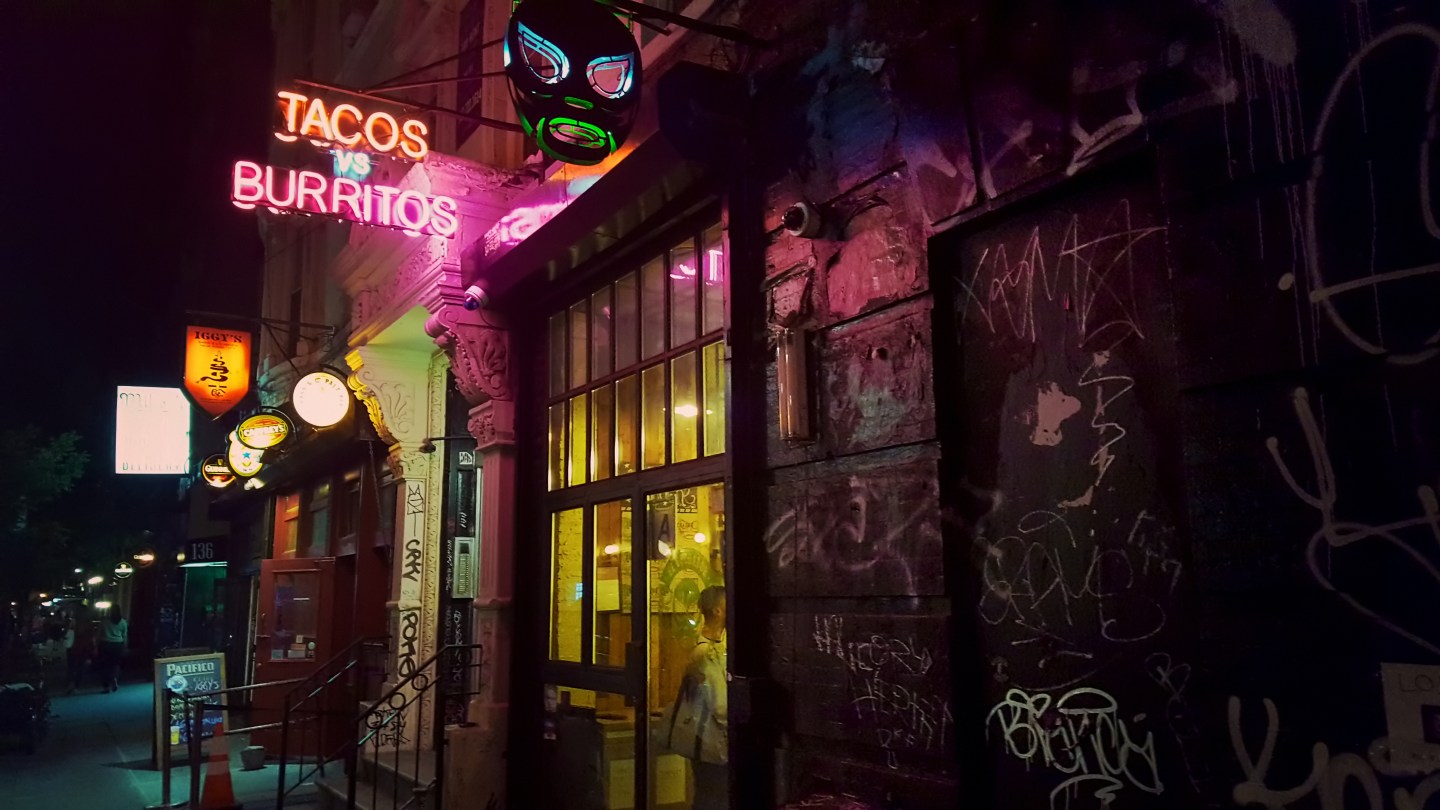 Not the actual LES restaurant that was vandalized.
Getty Images

It seems like inflation is really getting to people.

Look no further than one of the centers of night life in New York City: the Lower East Side. The neighborhood, known for outgrowing its past as the center of immigrant culture in the 19th century to become the center of twentysomething late-night carousing in the 21st, just had a brush with consumer outrage over rising prices.

Around 4:00 a.m. last Monday, three customers wrecked a french fry shop, causing $25,000 in damages and physically harming an employee to the extent that staples were required.

The employee told the New York Post she has not left her house since she was hit in the head by a tablet cash register.

A two-minute video circulating through social media shows three women wreaking havoc at the late-night french fry shop, Bel Fries on Ludlow Street, smiling and laughing as they did so.

One woman can be seen throwing glass bottles against the plexiglass and throwing up her middle finger before jumping on the counter, as her friend tugs her arm to come down; instead she hops over to the other side.

The cause? Bel Fries was charging $1.75 for extra dipping sauce.

Inflation is, after all, at a four-decade high, with the cost of food, gas, utilities, housing and other goods up 8.6% over the past 12 months. Forty-two percent of Americans say they are struggling to remain where they are financially, citing gas prices and paying everyday bills as concerns, according to a Monmouth University poll.

Here’s how wild things got after hours when the sauce was too expensive.

‘It didn’t have to do with us, clearly, because it was over sauce’

All three women, once over the counter and into the employee-only area, began throwing anything they could get their hands on, aiming at the person filming.

The women proceed to break off the plexiglass shield and tear the place apart, all while people behind them laugh, cheer, and film.

Police arrested the three women, and they are now facing felony charges, according to CBS News.

“There’s something going on with them, and it didn’t have to do with us, clearly, because it was over sauce,” owner Annalee Schlossberg told CBS News. “That shouldn’t call for that behavior.”

Bel Fries did not reopen until the Thursday after.

Costs are rising and people are struggling to make ends meet, but this violent act caused $25,000 in damages, according to Schlossberg, and a traumatic, dangerous experience that left workers in shock.