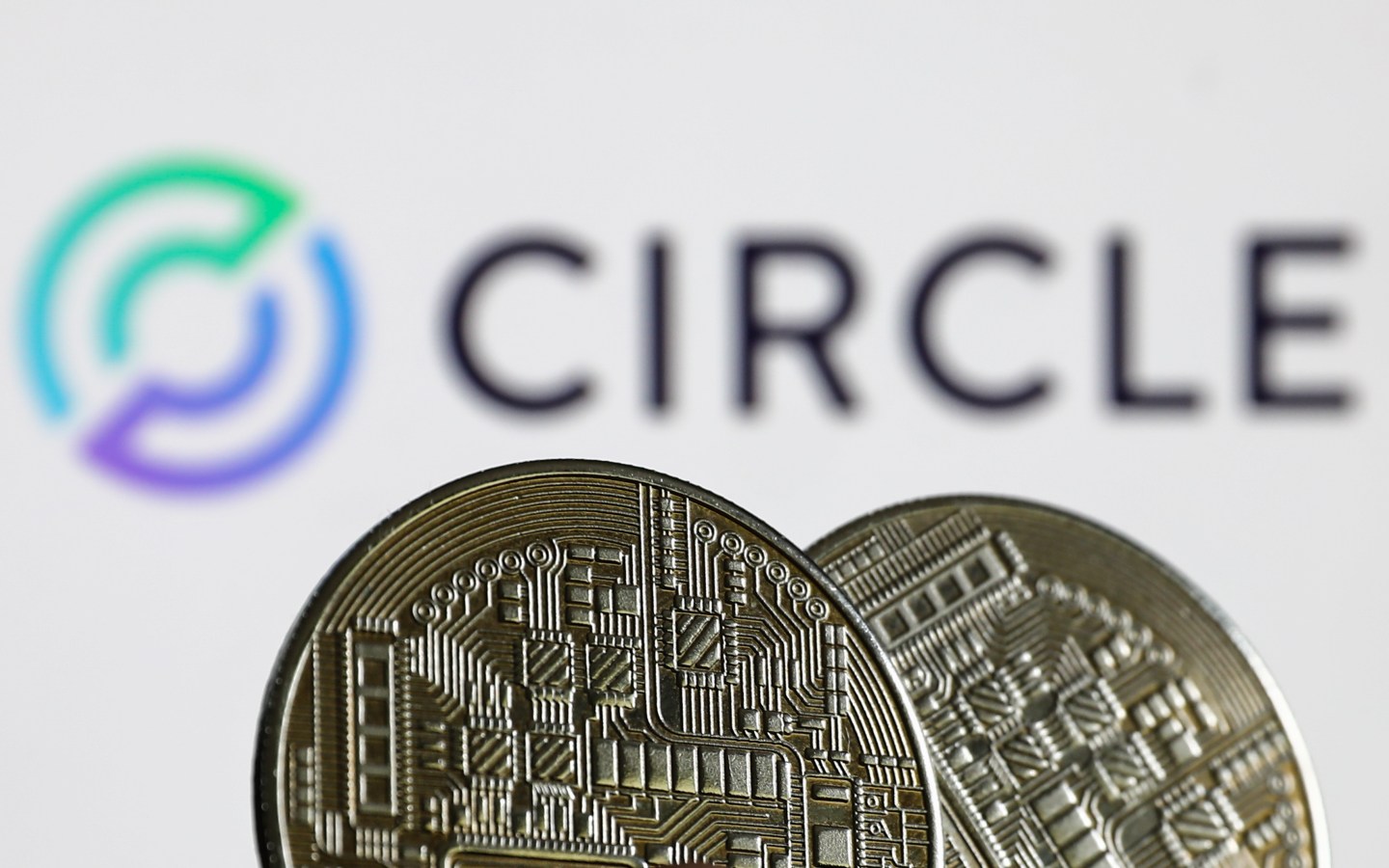 Circle is the company behind USDC.
Jakub Porzycki—NurPhoto/Getty Images

There’s a new stablecoin from Circle, the company behind the fourth most heavily traded cryptocurrency—and it’s called Euro Coin.

It’s the first to offer consumers round-the-clock ability to conduct transactions through decentralized finance (DeFi) apps and the fledgling Web3 ecosystem in euros, the second most common currency worldwide with roughly 341 million people using it every day.

Stablecoins are very popular as many crypto exchanges list coins and tokens as pair trades with Tether’s USDT and Circle’s USDC, the third and fourth most liquid cryptocurrencies after Bitcoin and Ether.

Roughly 80% to 85% of crypto trading involves stablecoins. This is partly because they offer an easy, hassle-free way of shifting positions around on chain without the need to convert into straightforward fiat money.

“Existing blockchain ecosystem partners who have built and integrated with Circle and USDC should find it easy to adopt and use Euro Coin,” the company advertises on its website.

The stablecoin with the ticker EUROC will be available to purchase on centralized exchanges such as Bitpanda, Bitget, or Huobi Global, and later FTX and Binance.US, as well as their decentralized rivals, which include liquidity pools like Curve, UniSwap, DFX, and Compound.

Just like the fully collateralized $55 billion in USDC in circulation, Circle claims its Euro Coin is backed by euros held in euro-denominated banking accounts, such as with Silvergate Bank in the United States.

Since investors often raise concerns with the quality of reserves, Grant Thornton LLP will be issuing monthly attestations starting with the month of July, which will be published on Circle’s webpage by the end of August.

It added that any interest rate risk on Euro Coin reserves will be assumed by Circle, just as it does with USDC.

Coming to other blockchains soon

As an ERC-20 token much like Decentraland’s MANA and Shiba Inu’s SHIB, it works with most compatible wallets, protocols, and services that run on the Ethereum blockchain.

While ERC-20 is one of the most widely accepted technical standards for tokens, there are two notable drawbacks that come with it: Ethereum’s slow processing speeds matched with its often high “gas” fees charged during each separate transaction.

For this very reason, Tether actually minted more USDT on the competing TRON network and its TRC-20 standard to save consumers the extra cost.

But Circle won’t stop at an Ethereum-based EUROC, it says: “We expect to launch Euro Coin on additional blockchains later this year.”

Cryptocurrencies have become increasingly controversial ever since Terraform Lab’s TerraUSD algorithmic stablecoin and sibling governance token Luna that backed it both went to zero in May, vaporizing tens of billions of dollars in investor money.

Before TerraUSD’s collapse, the EU was already deep into the process of constructing the largest regulatory framework for digital coins and tokens yet via its Markets in Crypto-Assets (MiCA) bill passed at the start of this month.

The European Central Bank also is considering the issue of an official digital euro, a so-called central bank digital currency (CBDC) that could compete with stablecoins.

“Regulatory harmonization, particularly in a trans-Atlantic manner, is more timely than ever to avoid regulatory arbitrage or misalignment,” he posted on Thursday.