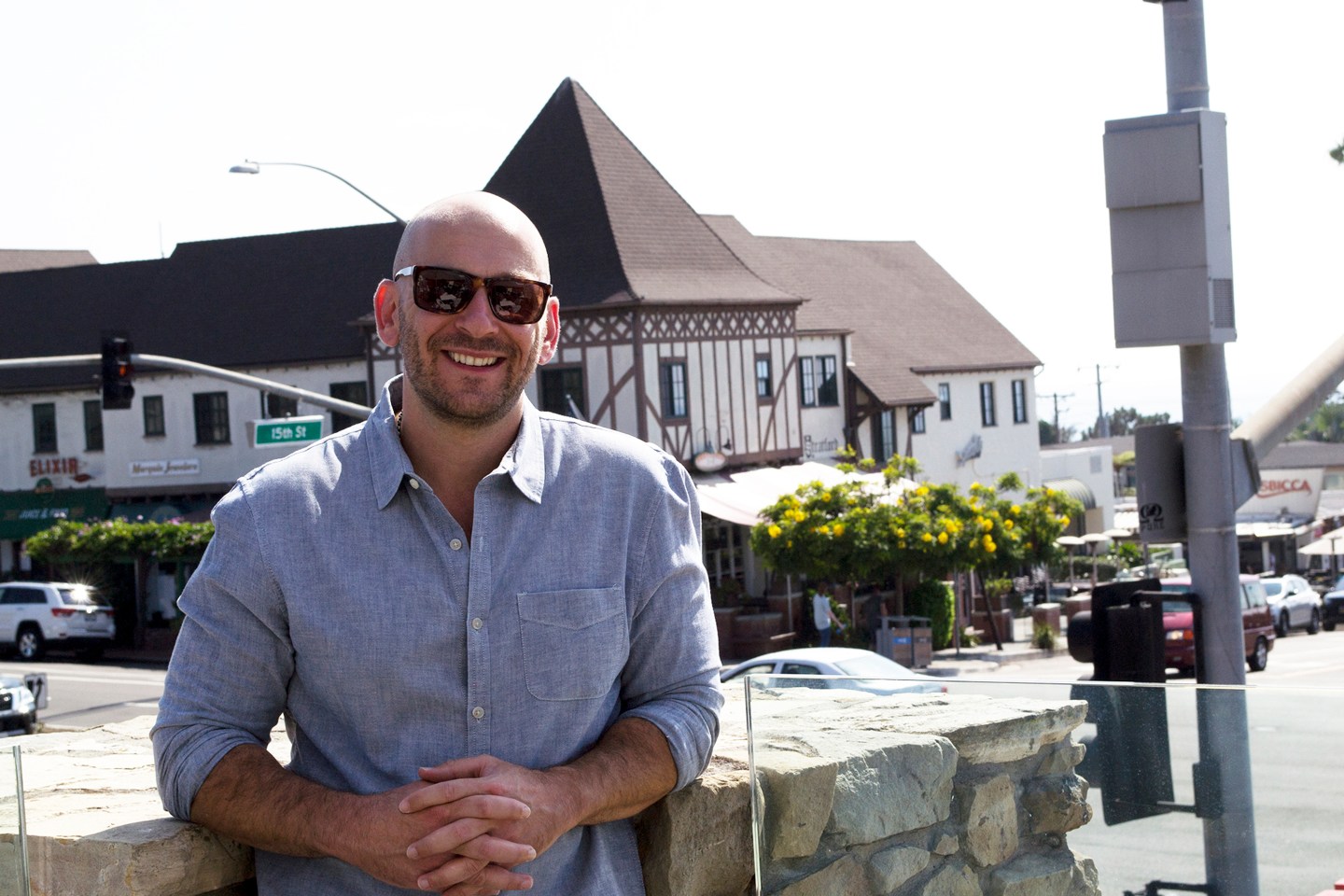 As the son of industrious Russian-Jewish immigrants, Alex Feldman was exposed to entrepreneurship at an early age. His father—who was an engineer in Russia—immigrated to the United States without English fluency and moved up the ranks from a cab driver to the founder of a transportation company, Yellow Bird Taxi. After a move to California, Feldman’s family business was a “mom and pop” eyeglass shop in San Francisco, where he was raised among several family members who were opticians, including his mother, his father—who trained after arriving in the United States, two of his sisters and a cousin. After school, Feldman assisted his parents with administrative tasks and inventory, and he cut his first pair of eyeglass lenses when he was 12 years old. He grew increasingly business-minded from helping out with the family store, and treated the experience like a crash course in how to become an optical retailer.

“I grew up around the whole process, with [my father’s] broken English, I was correcting letters for him when I was a kid,” Feldman told Fortune. “So I just saw everything, from A to Z, about running a business on that level. I’ve seen it all.”

Here’s how Feldman put his luxury eyewear brand Alexander Daas on the map, and the vital business lessons he learned along the way:

Followed his intuition and ignored naysayers

Because of a generational difference in how they defined success, Feldman’s parents wanted him to go on to be a doctor or an executive at a huge company instead of continuing on with the family trade. But he had a different mindset on how lucrative and rewarding the eyewear industry had the potential to be. Irrespective of his parents’ discouragements, Feldman eventually continued the profession himself and launched his multimillion dollar eyewear brand, Alexander Daas.

“Growing up in the business, I fell in love with the business,” Feldman told Fortune. “I love eyewear and optical, I think it’s an amazing, multifaceted business that is just very rewarding. And I also saw a much bigger vision and picture. I thought ‘this doesn’t have to be a mom and pop shop, but this can be a real company, with stores across the country and a brand we distribute nationally.’ And we are working on going international soon. So I saw a different vision that I think that at that time, they didn’t see.”

Positioned himself as a solution-oriented business

In Feldman’s point of view, Alexander Daas glasses have the transformative power of improving a client’s entire identity. The same way that the only accessory that separated Clark Kent from being Superman was a pair of glasses, Feldman believes that the right pair of frames can help a client cement how they’d like to be seen in the world, and aid them in seeing the world better themselves.

“I’m not selling anything,” Feldman told Fortune. “I’m helping people. In the stores we provide a service to somebody coming in, they need glasses, and we’re just guiding them and helping them find something that’s going to look fantastic on them. It’s gonna make them have more confidence, but then also improve their vision, which is going to help them medically, so there’s no fail there. It really does change people’s lives.”

Forged his own path in the optical industry

With Alexander Daas, Feldman created a business that was full service and gave optimal consideration to the customer. In his brick and mortar retail locations he ensured that patrons could get on-site eye exams from an independent optometrist. From there, Feldman’s staff orders the appropriate lenses from top manufacturers and then does the finishing work on site, so each individual job gets the “right TLC,” from a very highly skilled optical technician.

Beyond convenient access to prescriptions and hand-finished lenses, Feldman also placed an emphasis on style and aesthetics, and created an industry-wide reputation for attentive style consultations that factored in lifestyle, prescription, and even the petitieness of a client’s face shape.

Alexander Daas is also known for carrying brands with high craftsmanship in addition to superior frame styling and flattering frame selection. And given the uniqueness of the frames, Feldman wanted to distribute his eyeglass brand wholesale to niche vendors, like independent optical boutiques versus high volume optical stores like Lenscrafters, and found success in this approach.

“Our focus is on independent eyewear brands,” Feldman told Fortune. “So we’re not doing mass produced eyewear that’s licensed and you’re paying a markup for the name stamped on there and it’s the same thing as all the others, you know, mass produced frames. We’re working with independent boutique brands that are handmade in Germany, handmade in France and Japan, etc. And it’s special, you know they’re special frames.”

Feldman was pleasantly surprised when his eyewear brand became a hit with people from all walks of life, some of which being screen stars he’d idolized as a child. Euphoria actress Zendaya, Jenny McCarthy from The View, and Emily Wickersham from NCIS have all donned Alexander Daas frames.

But the founder was beside himself with excitement when his eyewear was worn by on-screen superheroes like Sir Patrick Stewart, who infamously played Professor X in the X-Men franchise and Michael Keaton who will be remembered in cinematic history as the dark anti-hero protagonist in Batman and Batman Returns.

“I’m a big superhero movie fan and I’ve always been a Michael Keaton fan,” Feldman told Fortune. “The original Batman in the movie is amazing. And when he wore one of our frames, wow. Sometimes it’s like, ‘oh, cool, that celebrity wearing our frames will be great for business,’ and sometimes it’s just a very personally rewarding feeling.”

Contributed philanthropically to causes that made a difference

When Feldman was young, he observed a homeless man, who showed tenacity and consistency even in the face of unfavorable circumstances. The man would sweep the sidewalks of local businesses rather than panhandling, which Feldman respected greatly. And in an effort to help in his own small way, he would give the man his ice cream money when his parents gave him a few dollars for a sweet treat.

“Over the years and as I grew up, he was on the street,” Feldman told Fortune. “He went from sweeping the sidewalks to eventually getting gigs cleaning the window storefronts for the different businesses. It was an entrepreneurial thing, he was trying to find ways to make money and make a business. He created this window business and eventually he even got a job at the Starbucks on the same street. He literally made his way off the street and was able to have an apartment and have a job. And he was still doing the window gigs on the side of the Starbucks job.”

Feldman has a particular soft spot for the struggles of the homeless and has historically been heavily involved in philanthropic organizations like Project Homeless Connect in San Francisco. During Project Homeless Connect’s quarterly events at the Civic Center, Feldman would congregate with many other types of vendors like barbers and dentists and offer free services.

“I helped with the optometry and optical side of it and we would run through at least 120 eye exams, depending on the amount of optometrists who we were able to get to volunteer,” Feldman told Fortune. “And then we’d dispense about 120 pairs of prescription glasses and then give out another like 500 pairs of non-prescription readers. Somebody who’s living on the streets with a really heavy prescription, they’re literally on the street blind. And when they come in and pick up those glasses that you made for them, that’s where we see the raw real impact of how much we are able to help people with loss. There’s nothing more rewarding.”