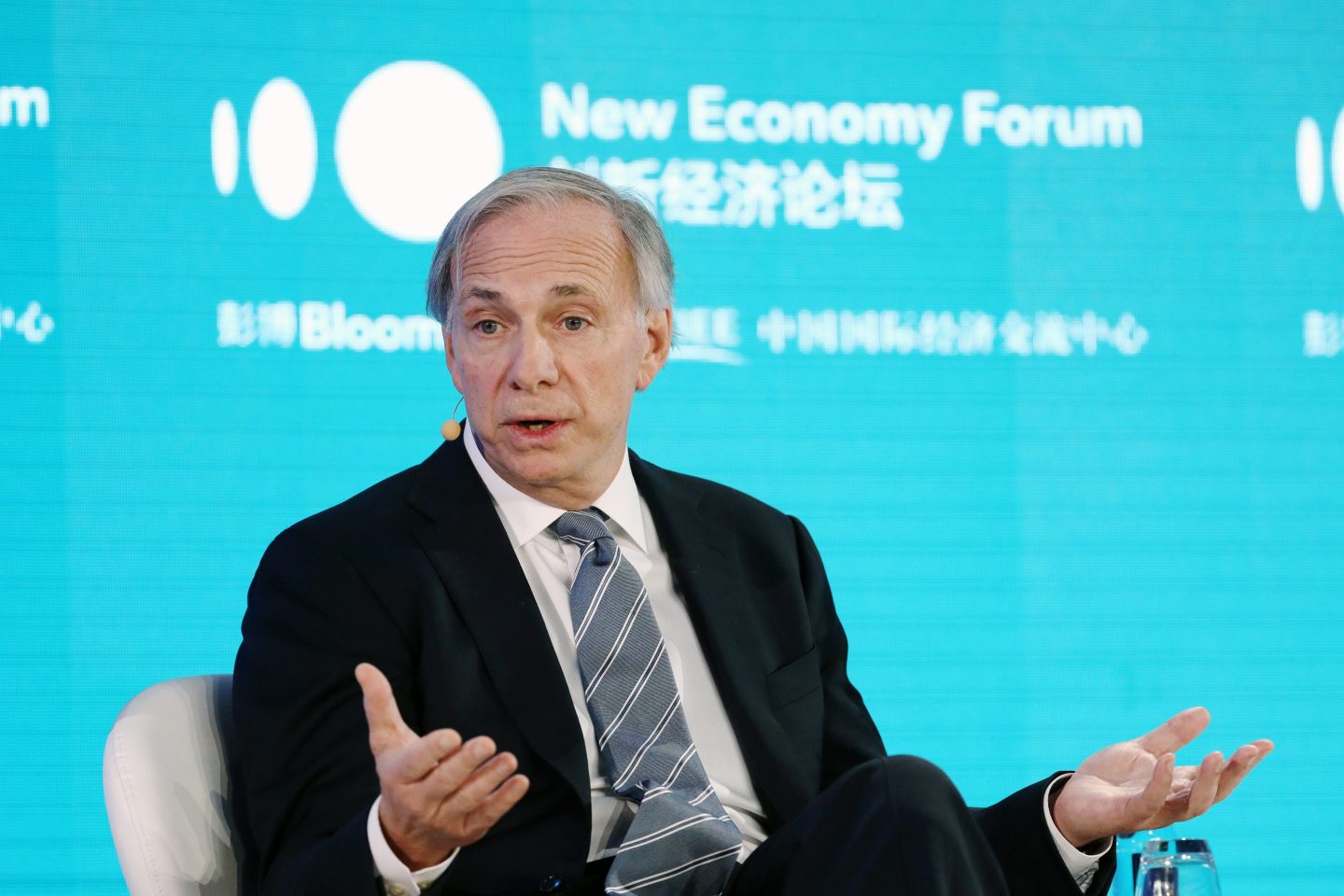 King of the bears?

Ray Dalio is the uncrowned king of the hedge fund world, and he’s living up to the title in 2022’s bear market.

The 72-year-old New York native founded Bridgewater Associates in 1975 as an institutional investment advisory service, dishing out economic advice to corporate clients like McDonald’s and Nabisco. His firm turned to money management in the late 1980s, and it hasn’t looked back since.

Bridgewater now manages roughly $150 billion in assets, making it the largest hedge fund in the world. And the firm’s flagship fund, Pure Alpha II, managed to return 32% to investors through the first half of 2022, according to unnamed Insider sources.

The meteoric rise comes amid an ongoing bear market that has left most hedge funds in a bad spot. On average, equity-focused hedge funds are down nearly 5% year-to-date, according to data from Hedge Fund Research.

Dalio no longer serves as Bridgewater’s CEO, but he remains a co-chief investment officer and chairman of the board of directors. Co-CEOs Nir Bar Dea and Mark Bertolini currently run the hedge fund.

So how did Dalio and Bridgewater manage to outperform their competition so dramatically thus far in 2022? It all comes down to something hedge funds have became famous for in the wider culture: a big short.

A big short, and a big recovery

Bridgewater’s impressive performance in the first half of the year was driven largely by a very public short bet against European companies.

In June, Dalio and company revealed they had ramped up their bets against European stocks to a sizeable $10.5 billion, Bloomberg reported. The firm now has short positions in 28 European companies, including the likes of Adidas and the German chemical and software firms BASF and SAP SE.

So far, the strategy has been exceedingly lucrative. All of the shorted companies are members of the Euro Stoxx 50 Index, which is down roughly 21% year-to-date, and some of the most heavily shorted names have seen their stocks plummet this year, leading to big profits for Dalio’s Pure Alpha II fund.

Remember, when an investor shorts a stock, they earn a profit when it falls.

Dalio first began shorting European equities following reports that economic growth in the Eurozone was slowing down due to rising inflation. On top of that, Europe’s reliance on Russian gas has led to an energy crisis on the continent as the war in Ukraine rages on, with the German government warning that its natural gas supplies may need to be rationed if Russia cuts off its supply entirely.

It’s a potential Lehman moment, Robert Habeck, Germany’s minister for economic affairs and climate action, told reporters in June, referring to the 2008 failure of the investment bank Lehman Brothers that made several hedge funds famous for their own big short against mortgage-backed securities.

“Even if we don’t feel it yet, we are in the midst of a gas crisis. From now on, gas is a scarce asset,” Habeck said, adding that if Russian supply is cut “the whole market is in danger of collapsing.”

Dalio has taken advantage of the turmoil in Europe, turning a considerable profit in a matter of months, and analysts aren’t shocked.

“Given the deterioration in fundamentals and high inflation [in Europe] I am not surprised that they feel that this may be the beginning rather than the end of the correction,” Patrick Ghali, co-founder of London hedge-fund advisory firm Sussex Partners, told MarketWatch this week.

Even before this year’s strong first-half performance, however, Dalio’s Pure Alpha II fund was one of the top-performing hedge funds on Wall Street.

Bridgewater’s flagship fund has managed to post an 11.4% average annual return since its inception in 1991, but the smooth sailing this year comes after some rough waters in recent years.

[This article has been updated to clarify the current C-suite arrangement of Bridgewater, with Ray Dalio serving as chairman and co-chief investment officer, with co-CEOs Nir Bar Dea and Mark Bertolini running the company.]