Hong Kong’s chief executive raised $1.4 million to campaign in an election where he was the only candidate. U.S. sanctions forced him to take that money in cash 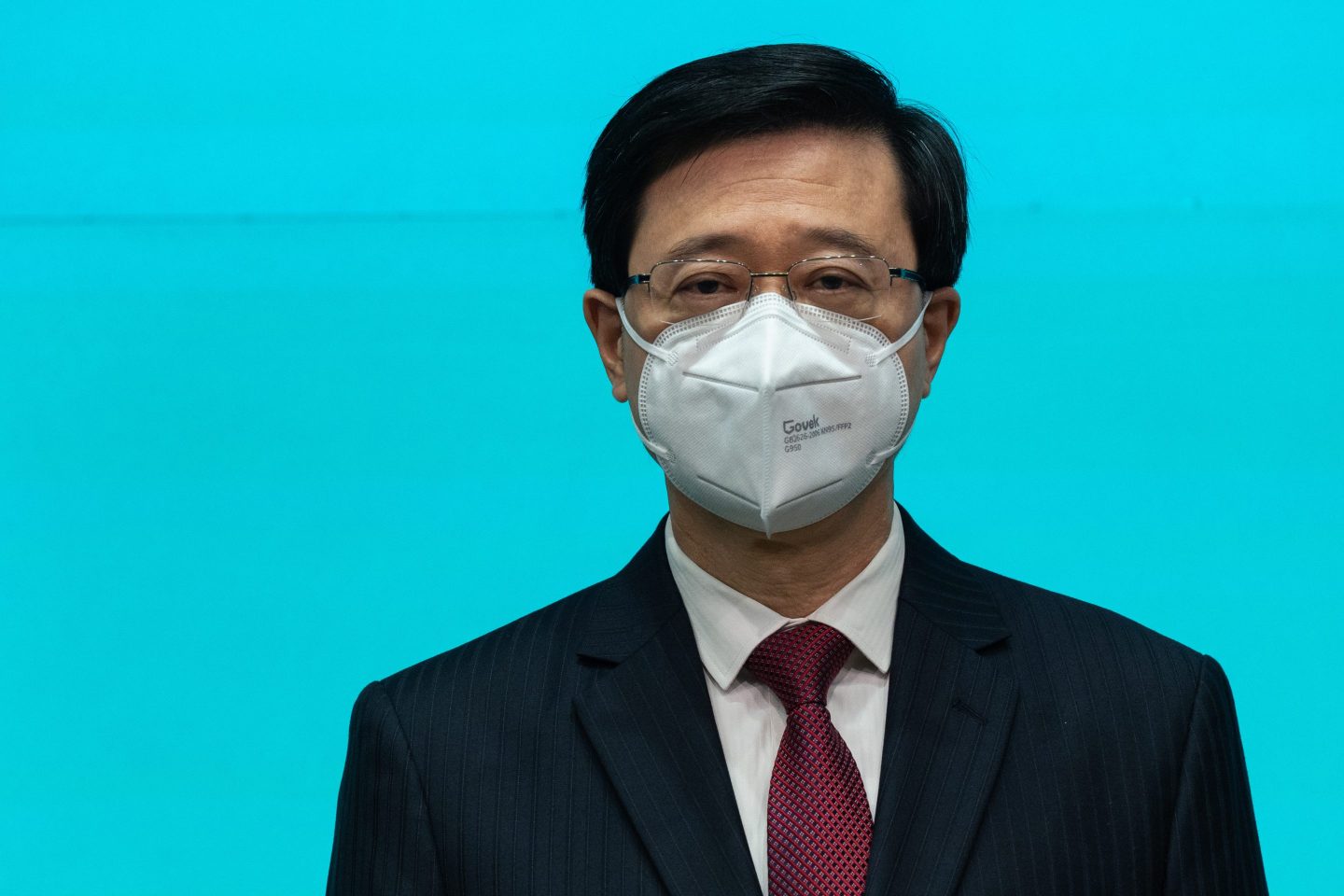 How much does it cost to win a race when you’re the only one running? For Hong Kong’s newest chief executive, former police officer John Lee, the answer turns out to be about $1.4 million.

Lee, who became Hong Kong’s chief executive on July 1, was the only person Beijing permitted to run for the city’s top legislative job during the election season in May, after he was approved by a special committee Beijing empowered in 2021 to ensure that only “patriots” can take part in the city’s elections.

But documents released Monday by the city’s Registration and Electoral Office show just how strange Lee’s campaign actually was. In 2020 the U.S. imposed sanctions on 11 Hong Kong and mainland Chinese officials, including Lee, accusing them of “undermining Hong Kong’s autonomy.” Those controls seemingly prevent Lee from owning a bank account, forcing the politician to operate his campaign entirely in cash.

“The fact that a candidate ran an election campaign, and took and spent money without banking services due to U.S. sanctions, is unheard of,” former lawmaker Kenneth Chan told Bloomberg.

According to the documents, the unopposed Lee raised $1.4 million in cash donations in May and spent $1.2 million of those funds on his campaign. Roughly $8,000 of Lee’s campaign funding was spent on tools and services necessary for receiving donations in cash, including $2,000 on safes and $4,700 on escort services to collect and deliver the cash.

Lee also spent $350,000 on election rallies to gin up support among the public, even though Hong Kong’s elections aren’t open to a general vote. The city’s chief executive is chosen by the Election Committee, a 1,500-member group dominated by the city’s pro-China, pro-business establishment who select a candidate among the nominees—in this case, only Lee.

Despite being the sole candidate this year, Lee spent almost as much as previous election hopefuls did when running against opponents. The city’s 2017 chief executive election was contested by two former government officials: then–Finance Minister John Tsang and then–Chief Secretary Carrie Lam, who eventually won. Lam raised $2.4 million for her campaign, spending $1.6 million of it. Tsang raised $1.9 million and spent $1.3 million. (Lam won the election with just over 66% of the vote.)

Lee’s predecessor, Lam, said in 2020 that U.S. sanctions prevented her from owning a bank account, forcing her to keep “piles of cash” in her home.

Cash payments may not be the only sanctions-related hassle Lee will have to deal with. Next year, the chief executive will need to attend the Asia-Pacific Economic Cooperation (APEC) meeting hosted in the U.S. With the current sanctions regime in place, the U.S. might not let him attend.