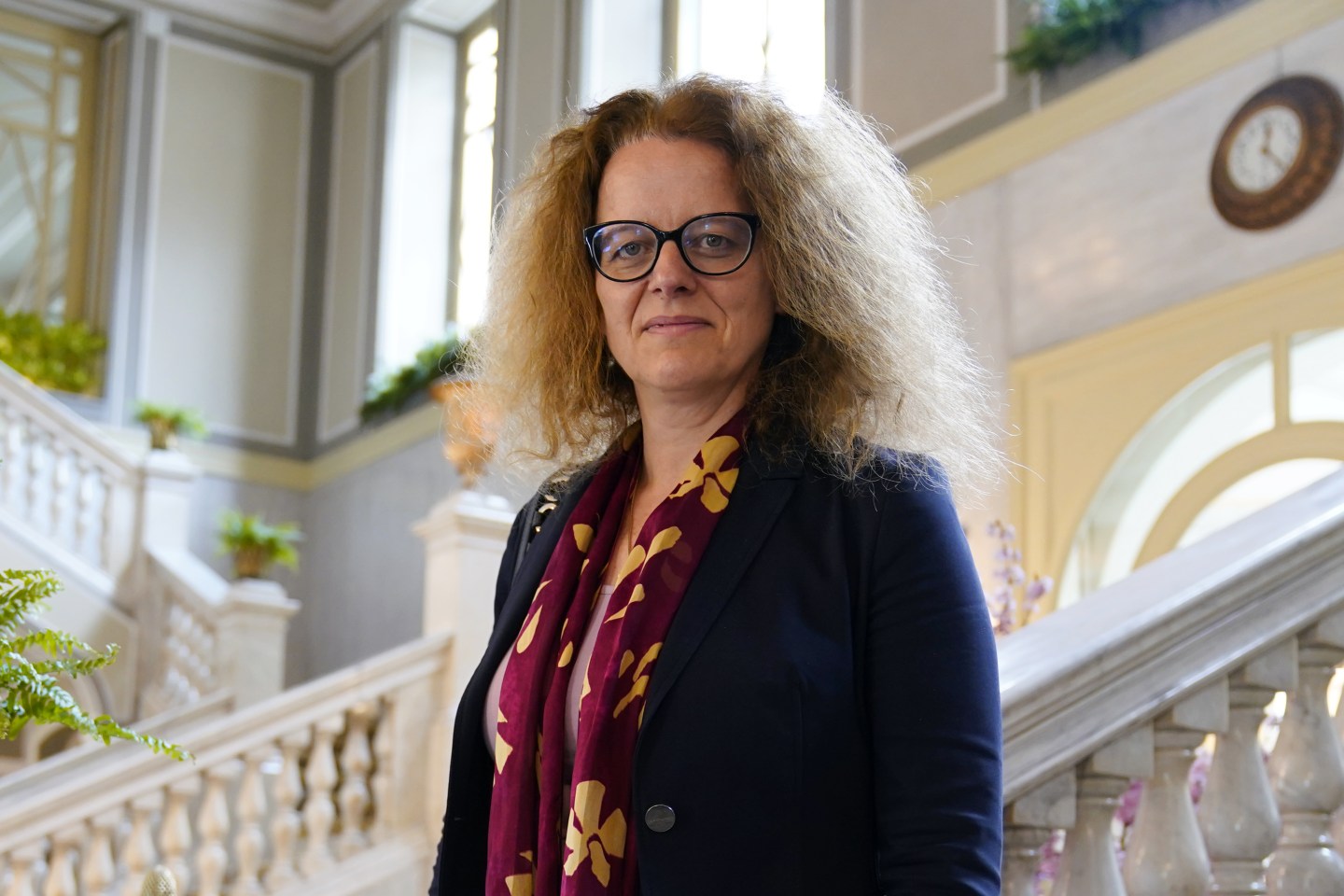 Isabel Schnabel, Member of the Executive Board of the European Central Bank attends the 33rd Ambrosetti Workshop On Economics and Finance at Villa D'Este on April 02, 2022 in Cernobbio, Italy.
Pier Marco Tacca—Getty Images

These days, most eyes are on the European Central Bank for its interest-rate decisions, as it grapples with the global scourge of inflation. But the Eurozone’s central nervous system yesterday made a call that was at least as momentous, for different reasons.

This year, the ECB will start “tilting” its corporate bond holdings toward firms that perform better on climate issues—meaning those that emit less greenhouse gas, have more ambitious carbon reduction targets, and are more transparent about their climate-related activities.

In a couple years’ time, the central bank will also make it harder for companies with high carbon footprints to borrow within the Eurosystem, by limiting the share of their assets that can be used as collateral—this will initially apply only to marketable debt instruments coming from companies outside the financial sector, but other asset classes may be covered in the future. The ECB will also consider climate change risks when reviewing haircuts applied to collateralized corporate bonds.

And, from around 2026, companies will have to comply with new EU rules on sustainability reporting if they want to pledge their assets as collateral in Eurosystem credit operations.

These are radical moves that will have significant effects in the financial and corporate worlds—the tilting measure alone will, according to ECB executive board member Isabel Schnabel, affect over $31 billion in reinvestments each year. And there’s more coming, the bank said Monday. (For a hint of what that might entail, read this recent article by Schnabel and colleagues.)

The ECB’s leadership insists all this is within the central bank’s mandate. “Our measures mitigate climate-related financial risks and support the green transition in line with EU policy, without prejudice to our primary objective of price stability,” tweeted Schnabel.

Meanwhile, in related news, a deeply concerning study has been published regarding methane emissions and their interplay with global warming.

Methane is a way more potent greenhouse gas than CO2 is—albeit over a shorter timespan—and emissions have been soaring for the last 15 years, having previously been on a downward trajectory. Weirdly, methane emissions have risen even faster during the pandemic, when fossil fuels (one of the main contributors to such emissions, alongside agriculture) have actually accounted for less of them.

The study suggests rising emissions may be partly explained by effects of global warming: wetlands producing more methane; and wildfire smoke depleting the atmosphere’s ability to cleanse itself of harmful gases. Overall, the authors warn, climate change could be four times as influential in speeding up methane emissions than previously thought—with the result, of course, being ever faster heating.

“The effects of climate change can be even more extreme and dangerous than we thought,” co-author Simon Redfern, of Nanyang Technological University in Singapore, told the Guardian.

Faced with the existential climate emergency, companies really should base their environmental actions on human survival instincts and moral sense. But, as some have trouble locating these facilities, it’s good to see policymakers developing creative ways to push them in the right direction. One way or the other, it’s detox time for capitalism.

The Scandinavian airline SAS has filed for Chapter 11 bankruptcy protection in the U.S. It was already considering the move so as to speed up restructuring plans, but brought the date forward due to pilots’ strikes that could cost it $10 million a day. Reuters

TikTok has ditched its “TikTok Shop” initiative—in which brands and influencers try to sell you stuff, even more explicitly than usual—in Europe and the U.S. Livestream ecommerce is supposedly the next big thing, but TikTok Shop’s U.K. launch was met with broad indifference. It probably also didn’t help that TikTok’s work culture led to a mass exodus from its London ecommerce team. Financial Times

When India introduced a 1% levy on all cryptocurrency transaction at the start of the month, some warned it could damage the local crypto scene. And so it was: trading volumes on top Indian exchanges have cratered to the tune of 68% (WazirX) and 83% (CoinDCX). Fortune

If Russia does completely shut off gas supplies to Germany, as is widely expected, cities such as Hamburg might have to start rationing hot water and lowering the maximum temperature on their heating grids. Many companies would also find themselves without energy, in the worst-case scenario. Fortune

Microsoft has stopped taking on new customers for some of its U.K. cloud services, because its datacenters there are busy being used to run Ukraine’s government. Ukraine’s own governmental datacenter was struck by a Russian missile early in the invasion. Telegraph

Faced with inflation and the withdrawal of measures such as expanded child tax credits, Americans are tapping into the savings they accumulated during the pandemic, according to Moody’s Analytics. Chief economist Mark Zandi: “Most households have a cash cushion to navigate through the very high inflation. This is allowing consumers to stay in the game.” Wall Street Journal

Yale’s Jeffrey Sonnenfeld, Steven Tian and Georgia Hirsty write for Fortune that the corporates who moved first to protect women’s health needs after the Supreme Court’s Roe v. Wade strikedown “don’t seem to have been driven by feminist ideology, or their leadership’s beliefs or gender identity… Strategic considerations often push companies to be first movers in taking stands on ESG issues, which matter to their constituencies and communities; such moves aren’t motivated by some ‘woke’ ideology or personal beliefs of executives.” Fortune