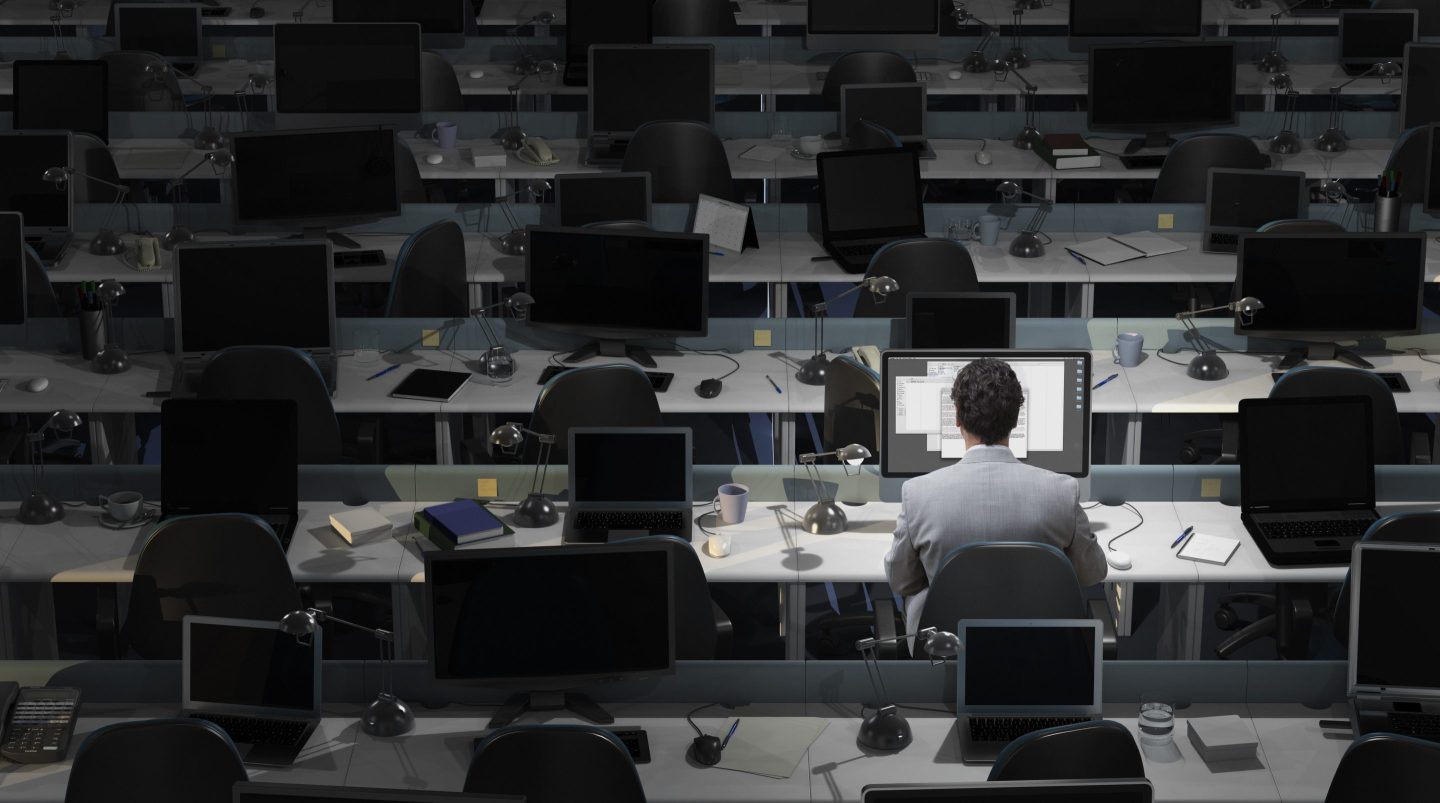 More than 90% of U.S. workers say they want four-day workweeks, according to a January Qualtrics survey.
Dimitri Otis—Getty Images

Many of us are simply working for the weekend—those brief 48 hours when you can shut your laptop and try to forget some of life’s bigger stressors.

But lately I’ve been asking myself: Wouldn’t it be nice if we had another 24 hours to reset, relax, and recharge? What if we worked four days a week instead of five?

Work changed in the throes of the COVID-19 pandemic—to be more specific, how, when, and where we work changed. We’re probably not going back to the way things were—not if white-collar employees have anything to say about it.

For the better part of the last century, white-collar workers have dutifully commuted from suburban and exurban dwellings to towering office buildings and tied themselves to desks for eight to nine hours a day, five days a week, as part of a ritual of communal, efficient, and productive work. But a worldwide pandemic that sent a huge chunk of the workforce to do their jobs from home has allowed us to consider throwing out these old norms. And a hot topic of conversation when discussing the future of work is the four-day workweek.

The idea of shortening the workweek has been hotly debated for years—Microsoft Japan tested it out in 2019 and saw a 40% increase in productivity. And in Iceland, a four-day workweek trial that ran from 2015 to 2019 was deemed “an overwhelming success.” The BBC reported that it led to unions renegotiating work standards, with 86% of Iceland’s workforce already either moving to shorter hours, or on track to do so.

Despite these successful experiments, the chance of companies truly embracing a four-day workweek seemed all but a fairy tale until the pandemic ushered in a remote-work revolution, forcing white-collar workers and their bosses to reevaluate the relationship to work and office norms.

How far can we take our newfound workplace flexibility?

Roughly half of workers who’ve been asked to return to the office full-time aren’t actually showing up. Could the same workers who want the ability to do their jobs remotely similarly demand a shortened week?

The five-day workweek is a relatively new phenomenon. Henry Ford began closing his factories on Saturdays and Sundays in the mid-1920s. It was a decision made in part to increase productivity, giving workers more time to rest so they could work harder while on the clock. But who’s to say there wasn’t maybe a little working-for-the-weekend revolutionary in him? Ford reportedly said of the decision: “It is high time to rid ourselves of the notion that leisure for workmen is either ‘lost time’ or a class privilege.”

The 40-hour workweek was adopted in 1940 after a provision from the 1938 Fair Labor Standards Act that mandated employers pay overtime went into effect. These changes grew out of a powerful labor movement pushing to give time back to workers and limit the workweek to just 40 hours, down from 44.

That’s been the norm for more than 80 years now. It might be high time for another shake-up.

The majority of workers today want a four-day workweek. A January 2022 Qualtrics survey of just over 1,000 U.S. workers found that 92% were in favor of working four days, and 72% said they’d prefer that even if it meant tradeoffs like working longer hours on the days they did work.

“What employees really want and expect is the flexibility to adjust their work schedules to fit the demands of their lives. In today’s new world of work, successful companies will set aside antiquated assumptions about what productivity looks like and listen to employees, so they can offer the flexibility that meets their individual needs,” wrote Benjamin Granger, head of employee experience advisory services at Qualtrics, in a statement. “While there is increasing momentum around the idea of working four days a week, employees are willing to acknowledge the associated tradeoffs—like working longer hours or potentially frustrating customers.”

Some companies are adapting a four-day workweek, but it’s still not widespread

In the past two years, a handful of U.S. companies have been experimenting with new schedules to see what works. Companies in the tech and software space are well represented, but widespread adoption is still limited, and there have yet to be any major players that take the four-day workweek for a spin.

Kickstarter began a four-day-week trial in April 2022 with a U.S. spinoff of not-for profit advocacy group 4 Day Week Global. The same group has launched a large-scale trial of more than 3,000 U.K. workers across 70 companies in partnership with think tank Autonomy; the 4 Day Week U.K. Campaign; and researchers at Cambridge University, Oxford University, and Boston College.

The Kickstarter trial runs through September, so while there are no official results to report yet, Jon Leland, Kickstarter’s chief strategy officer, tells Fortune it’s been “transformative.”

Kickstarter employees are expected to do their jobs 10 a.m. to 6 p.m. Monday through Thursday for 32 hours a week. “It’s really about changing the norm,” Leland says.

The wider U.K. experiment will run for six months. “We’ll be analyzing how employees respond to having an extra day off, in terms of stress and burnout, job and life satisfaction, health, sleep, energy use, travel, and many other aspects of life,” Boston College sociology professor Juliet Schor told the New York Times.

In the fall of 2021, e-commerce company Bolt tried out the four-day workweek, adopting it permanently after a three-month trial. In a lengthy Twitter thread, Bolt founder Ryan Breslow trumpeted the success of the experiment: “Creativity is a linchpin of what has allowed us to grow 18x in 18 months. It’s an internal force multiplier. The 4 day work week allows us to keep that coefficient high… I believe a 4 day work week isn’t an ‘if’ for most companies, it’s a ‘when.’ In true Bolt spirit, we didn’t wait around to follow others—we put our money where our mouth is.”

It’s not just white-collar workers who could potentially benefit from a four-day workweek. In September 2020, the New York City–based fast-casual restaurant DIG experimented with a four-day, 40-hour workweek at a Boston location. It was so successful, management expanded the program to all of DIG’s 500 hourly employees.

“If the suits can do it, why can’t we?” Brian Coakley, DIG’s director of operations, told Fortune in March. “Why can’t we do it in the restaurant industry?”

One of the big reasons behind the recent push to revolutionize the way we work is the desire to improve our mental and physical well-being. More than a decade ago, a study in the American Journal of Epidemiology supported the idea that working long hours may have a negative effect on cognitive performance. In the Qualtrics survey, 79% of U.S. employees say a four-day workweek would improve their mental health, and 82% say it would actually make them more productive.

During a time when the war for talent is hotter than ever, offering employees the chance to work fewer days a week is still a unique perk that could appeal to a certain type of worker. Introducing a four-day workweek—and then building a culture that actually support this kind of flexibility—could be a game-changer for many workers looking for more flexibility and better work-life balance.

It could be good for organizations too, as they enjoy higher productivity and a happier workforce. If Bolt’s CEO is correct, and we see widespread adoption of a shorter workweek, in the future we might all still be working for the weekend—it will just arrive a day sooner.