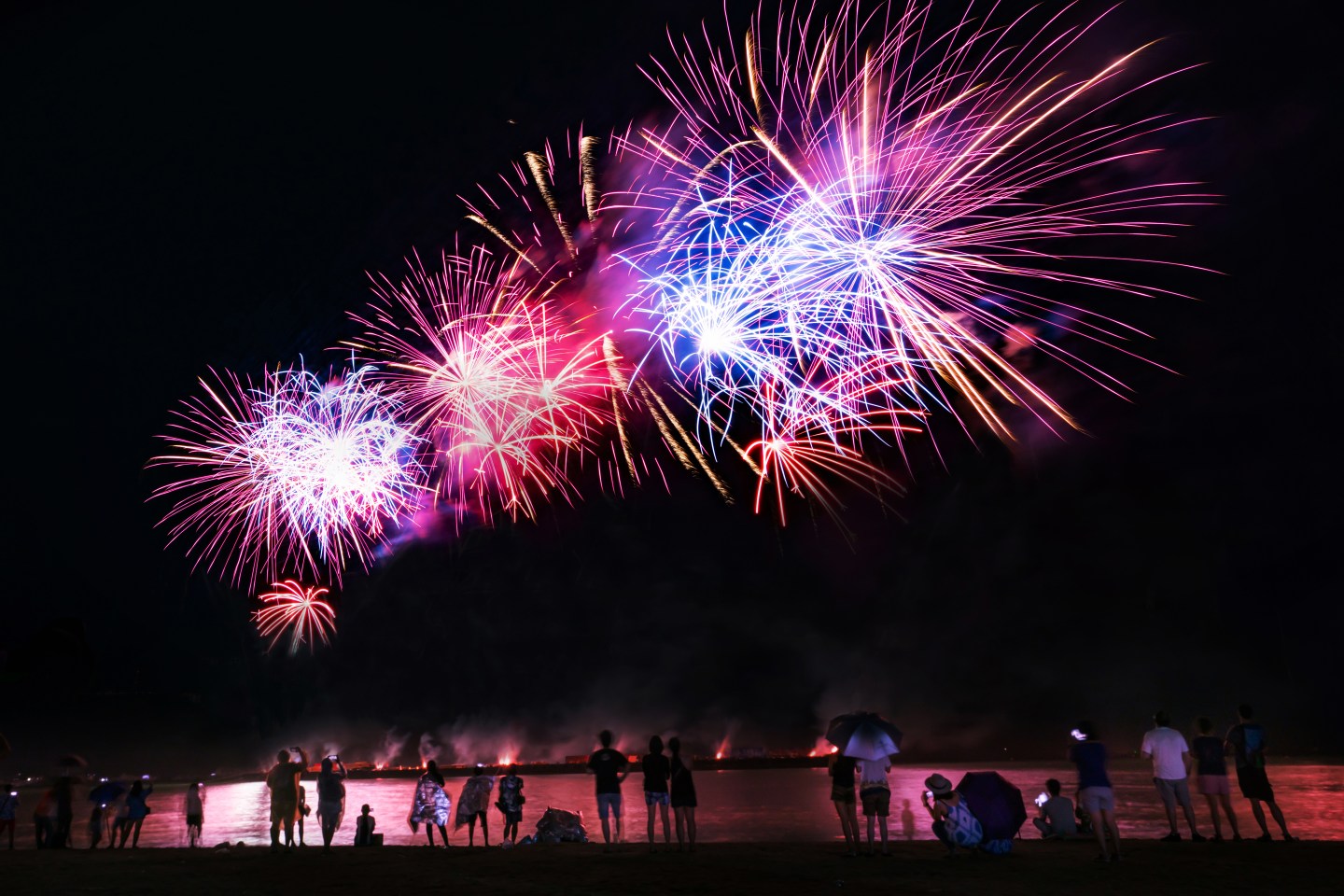 Neither the labor shortage nor the supply-chain crisis are exactly news at this point. They have changed the face of the American economy throughout the pandemic stretching into its third year.

But now their persistence is starting to reshape America’s July 4th celebration.

Ahead of the July 4th weekend, ongoing labor shortages and supply chain issues have forced the cancellation of public firework displays across the country. It’s the third year in a row that the night sky will stay dark for many places, but where previously the dark Independence Day was health-related, now it’s a function of economics.

The American Pyrotechnics Association warned the fireworks industry in an April memo to brace itself for a “challenging season.” Inflation has driven up nationwide costs for firework companies by over 35% across the entire industry, reported the association’s executive director, Julie Heckman.

“As the industry prepares for unprecedented demand and a post-pandemic full recovery in Independence Day celebrations, will it be able to weather the ongoing supply chain crisis and the economic impact of rising costs and inflation?” Heckman asked.

Towns and cities are sending a shaky signal in response, with many failing to obtain fireworks and pyrotechnicians in time and canceling their Independence Day displays.

Minneapolis’s traditional Red, White and Boom celebration displayed over the Mississippi River will not be held as a result of staff shortages and construction in a nearby park.

In Sacramento, Cal Expo organizers say the event will forgo hosting its annual fireworks show this year, citing “staffing and resource shortages that have created unexpected difficulties.” And on the opposite coast, College Park, Maryland has canceled its July 4th fireworks due to “COVID-19’s continued impact on the supply chain.”

“Unfortunately, much like many other municipalities, Phoenix has been affected by the ongoing supply chain issues. The City’s contractor was unable to secure fireworks for the events,” its Parks and Recreation Assistant Director Marty Whitfield said in a statement.

Nearly all fireworks used in U.S. professional displays are manufactured in China. In her memo, Heckman noted increases in costs for labor, insurance, raw materials, transportation, and more. An especially dramatic increase was seen in shipping costs, which skyrocketed from $8,000 to $10,000 per shipping container in 2019 to roughly $45,000 a container and caused the overall cost of obtaining the fireworks to shoot up by 50%, the APA estimated.

“A lot of these fireworks companies are dealing with some very tough issues as far as staffing and even some supply chain issues,” APA President Stephen Pelkey said. “If you’re a small company that only brings in a few containers a year, that’s literally all of your bottom line and all of your profits, even eating into some of your operational costs. You’re no longer able to bring in those products because you just can’t financially justify the expense.”

Pelkey is also CEO of Atlas PyroVision Entertainment Group, the largest professional fireworks display company in New England. Though the group has lost 10% to 12% of its trained technicians, Pelkey said it avoided canceling any displays in the Northeast from staffing shortages.

“We communicated very, very often with a lot of our customers and potential customers a year ago that we were going to run short of staff, we’re going to be reducing our availability of crews by about 15%,” he said. “If they have a bidding or quoting process, they needed to do it about nine or 10 months before their traditional time.”

But in more sparsely populated regions of the country, like the Midwest and Southwest, companies often have to travel long distances to set up displays, increasing their transportation costs.

“Your only options are to use any regional company that will be in that area,” Pelkey said, explaining his company could not serve Phoenix. “You see fuel costs going from $2.50 a gallon to $6 a gallon. As a business, we had to make some very necessary changes in policies and reroute our delivery schedules to make sure that we optimize the least amount of mileage.”

Regional competition has led smaller Arizona towns to adjust their displays as well. Lake Pleasant referenced “a supply shortage of fireworks” when announcing its annual fireworks celebration at the lake has been canceled. Fountain Hills moved up its show to July 1 after a “national shortage of fireworks and pyrotechnicians” and “manufacturing issues” made it difficult to find a vendor and enough staff for the original holiday. In Oro Valley, a laser lights show will replace the traditional fireworks because of “supply chain issues causing a lack of inventory from the Town’s licensed state fireworks distributor.”

Pelkey said he expects the supply chain issue to eventually “work itself out,” maybe even in time for next year’s displays.

“We’ve already seen, for instance, ocean vessel charges come down about 10%. It’s still not much when you talk about a 350% markup over the last year to 18 months,” he said. “I think by the first or second quarter of 2023, we’ll start to see a new normal for shipping charges, which will be about half of what it is now.”