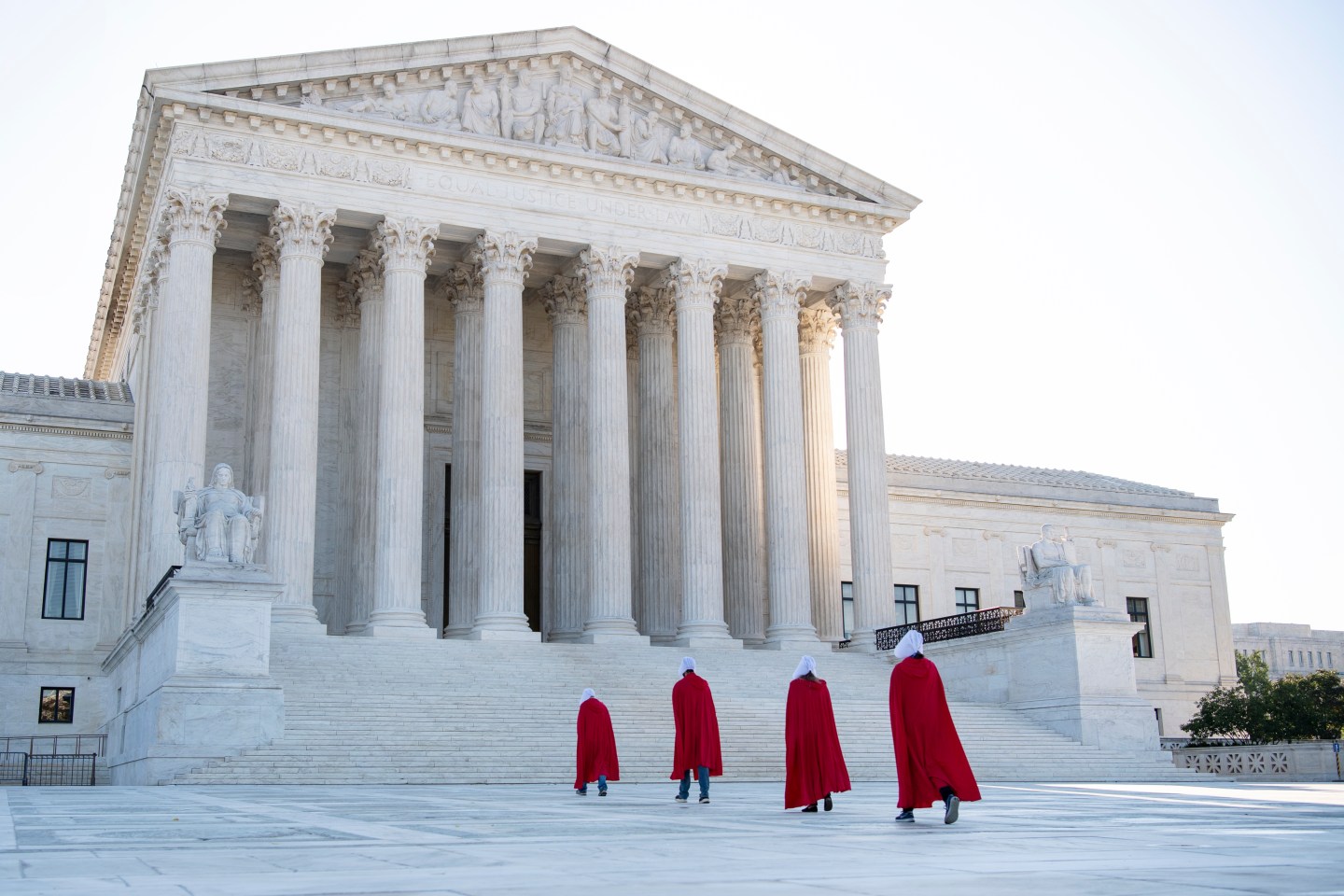 The Supreme Court’s reversal of Roe v. Wade will “create an Orwellian dystopia,” the editors of the prestigious New England Journal of Medicine wrote in an editorial published Friday.

“The fig-leaf justification behind these restrictions was that induced abortion was a dangerous procedure that required tighter regulation to protect the health of persons seeking that care,” the editors wrote.

But “facts belie this disingenuous rhetoric.” The latest data from federal health agencies shows that women are more likely to die in childbirth (23.8 deaths per 100,000 live births) than during an abortion (0.41 deaths per 100,000 procedures), they contended.

Outlawing abortion doesn’t significantly reduce the number of abortions, “but dramatically reduced the number of safe procedures,” the editors said, as licensed abortion clinics shut down in some states, and back-alley abortions potentially return. Among the risks of illegal procedures: injury, infections, infertility, organ failure, and death.

Glimpses of America’s future after Roe can be seen in Oklahoma, where a law enacted just days ago, on May 25, declares that life begins at fertilization. And in Texas, where a law that went into effect in September allows third parties to sue those who perform, aid, or abet abortions, the editors wrote. Some jurisdictions like Mississippi are considering banning contraception altogether.

Friday’s Supreme Court decision comes at a time when “dozens of other countries around the world are codifying protections for reproductive decision-making for their citizens,” the editors said.

The authors concluded that privileged people in the U.S. will be able to afford work-arounds and obtain abortion care, but the nation’s poorest will not.

That means Friday’s ruling “will be most burdensome and unfair to the low-income persons and persons of color who are least able to overcome the impediments placed in their paths,” they wrote. “These changes will inevitably exacerbate our already vast disparities in wealth and health.”