In a world built for men, we don’t know much about women’s bodies 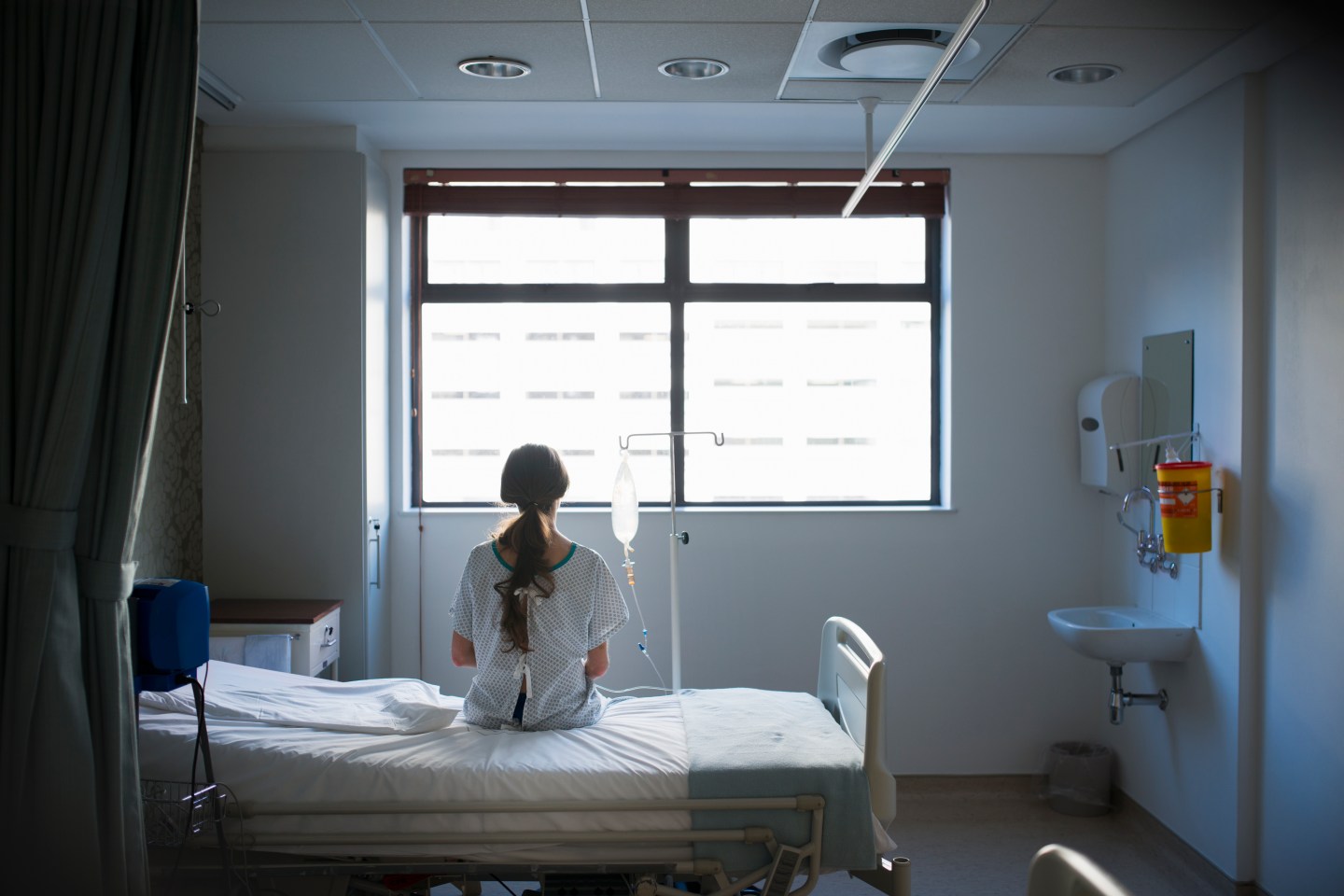 Much of modern medicine is built on research performed exclusively on male bodies. Women are often dismissed, misdiagnosed, or prescribed the wrong treatment.
Getty Images

In just about every aspect of the world, male bodies have always been the default–from office air conditioning to crash test dummies. But nowhere is that default more dangerous than in medical research.

Women are diagnosed significantly later than men on average across over 700 diseases, in some cases waiting up to 10 years for the right diagnosis! We’re more likely to die from heart attacks, react poorly to prescription drugs, and have our pain and symptoms dismissed by doctors.

All of this is rooted in a simple but shocking fact: In the United States, women were not required to be included in clinical research until June 10, 1993, when Congress passed the NIH Revitalization Act.

That means that much of modern medicine is built on research performed exclusively on male bodies, and the effects of this research gap are serious–sometimes even deadly.

Ignoring the differences in male and female bodies not only sabotages further research, but it also means that scientists have often applied findings from male-only research to women as well. After all, aren’t women just “small men”? (Hint: We’re not).

Centuries of unconscious bias and lack of research have created a public health crisis where women are often dismissed, misdiagnosed, or prescribed the wrong treatment. It’s a perfect storm of implicit bias in clinical settings, a dearth of women’s health research, and a lack of funding for female-focused solutions.

Today, on the 29th anniversary of the NIH Revitalization Act, we’re excited to see companies, journalists, lawmakers, and others organizing around the gender health gap and the need for equal research–but we still have a long way to go.

How unequal research got us here

The exclusion of women from clinical research was partly a safety measure as a result of the use of thalidomide to treat morning sickness in pregnant women in the 1950s, unknowingly causing thousands of birth defects.

Even though thalidomide was never approved for use in the U.S. for anyone, after what happened, researchers thought it was safest not to include any woman of childbearing age in studies.

However, researchers also had biased concerns that female hormone fluctuations made women too “difficult” to study and that including females made research more expensive.

Because of those reasons, women “of childbearing age” were actively excluded from all clinical research for almost 30 years.

Thankfully, Congress wrote the National Institute of Health (NIH) inclusion policy into Federal law through a section in the NIH Revitalization Act of 1993 titled Women and Minorities as Subjects in Clinical Research, largely thanks to the Congressional Caucus for Women’s Issues. The law finally stated that cost was no longer an acceptable reason for excluding women from clinical trials.

Of course, this new policy didn’t change things overnight. A 2015 review concluded that “progress has been slow and halting, and we have not achieved sufficient progress in order to truly serve the public health.”

To help rectify this, in 2015 the NIH introduced a policy requiring medical researchers to take sex into account as a biological variable. Now, anyone who applies for grant funding from the NIH must take into account males and females in the development of research questions, study design, data collection, analysis of results, and reporting of findings–or give compelling reasoning for why only one sex should be examined.

That doesn’t mean that we’ve achieved equality in research. We are a long way from fixing the serious consequences of centuries of medical exclusion.

To this day, we don’t truly know how women metabolize and react to many medicines, why some adverse reactions are more common in women, nor how women experience or manifest pain. The efficacy, dosage, and side effects of many drugs were never tested on women.

Research published in 2020 from UC Berkeley and the University of Chicago analyzed data from several thousand medical journal articles and found clear evidence of a drug-dose gender gap for 86 different medications approved by the FDA (including antidepressants, cardiovascular and anti-seizure drugs, and painkillers).

The study found that medications are routinely overprescribed to women because the clinical trials were conducted only on cisgender men, and women also experienced worse side effects in 90% of cases. The study also concluded that this “sex difference was not explained by sex differences in body weight.”

Drug development begins with in-vitro testing and animal trials, and even today almost all initial research used only—you guessed it—male cells or animals. Studies show that most in vitro studies are carried out on male cells, and a 2005 review found that 79% of pain studies used only male mice.

Closing the gender health gap starts with investing in research on the female body, yet only 4% of healthcare R&D spending in the US goes directly towards women’s health.

Without equal research, there can never be equal care. We need to increase women’s participation in clinical research not only as trial participants but as study researchers as well.

A 2017 study of 1.5 million medical papers revealed that even just including women as researchers improved the likelihood of medical research taking sex and gender differences into account. Failing to do so could have “potentially life-threatening and costly consequences”.

When it comes to patents, including women on inventor teams has similar benefits: all-women teams are 35% more likely than all-male teams to focus on women’s health. Findings from the study suggest that if male and female inventors had been equally represented in U.S. biomedical patents between 1976 and 2010, there would have been 6,500 more female-focused inventions.

After all, it was thanks to Dr. Bernadine P. Healy, the first woman to lead the NIH, that the landmark 1993 policy, requiring women and minorities to be included in clinical trials, became law. Her determination that the NIH concerned itself with women’s health is proof that gender diversity in the medical and scientific fields can help close the gender health gap.

An area of healthcare where women are leading innovation, however, is femtech: tech companies addressing female health. In recent years, femtech has evolved from a niche sector of the market into one predicted to exceed $60 billion worldwide by 2027.

The global femtech industry is made up of over 200 startups 92% of which are founded and led by women), most of them born out of the frustration around a lack of care for female health issues–from menstrual health to menopause. Evvy is no different. We founded the company to discover and leverage female-specific biomarkers, starting with the vaginal microbiome.

While femtech has the potential to create solutions for more comprehensive women’s health, it remains grossly underfunded. Femtech accounts for only 1.4% of the capital that gets invested into healthcare–and only 3.3% of digital health funding in 2019 went to femtech companies.

Improving healthcare outcomes for 50% of the world’s population is a huge business opportunity–and it’s time for the venture industry to start treating it that way.

It’s 2022. The female body shouldn’t still be a medical mystery.

Priyanka Jain and Laine Bruzek are the founders of Evvy