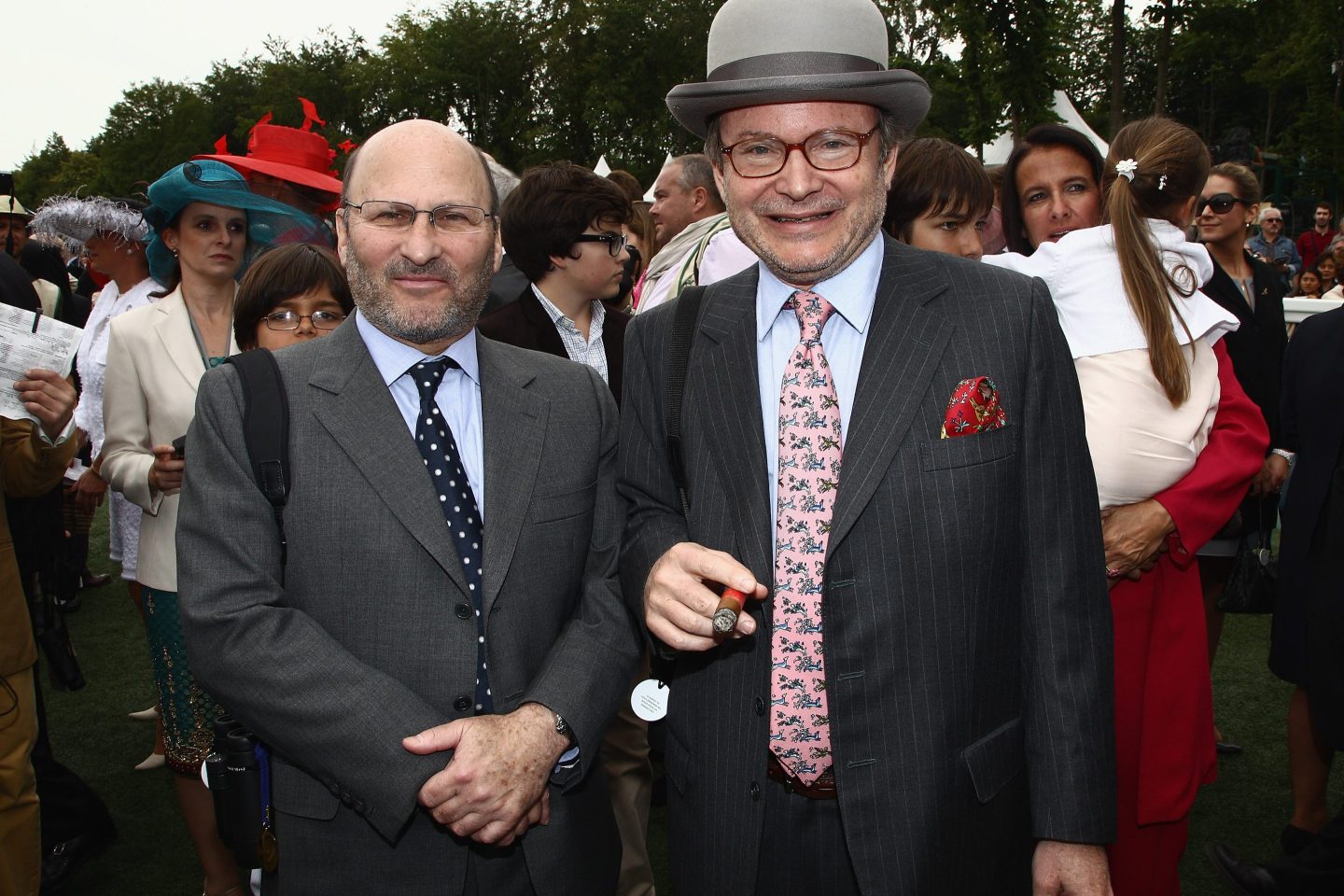 Meet the two reclusive brothers who each own half of Chanel.
Julien Hekimian—WireImage/Getty Images

The two reclusive brothers who own Chanel saw their net worth increase by $5 billion as the surging demand for luxury products during the pandemic boosted profits at the French fashion house.

The two payments went to brothers Alain and Gerard Wertheimer, whose net worth has soared 37% this year alone to $90 billion, according to the Bloomberg Billionaires Index.

The two brothers can thank Chanel for discreetly upping the prices of its goods in the face of inelastic demand over the pandemic for the large payouts.

The price of Chanel’s iconic medium classic flap bag was bumped up three times over 2021, each time by $1,000.

Chanel told WWD that the price increase was due to exchange-rate fluctuations and changes in production costs and uniform pricing across the world.

But despite the escalating price tag, demand for bags remains so high that Chanel has reported a shortage and had to limit the number that consumers can buy in China and in Paris.

For the Wertheimer brothers, the payout makes up more than half of the $8 billion Chanel has given out in dividends since 2016.

Who are Alain and Gerard Wertheimer?

So who are the reclusive brothers cashing in this huge paycheck? And how did they come to own one of the biggest fashion brands in the world without becoming industry stars?

The duo is often quoted saying that “to live happily, we live hidden,” and they seldom enter the spotlight—regardless of the numbers entering their bank account.

What first began as a hat shop soon grew to sell dresses, suits, and other clothes until 1922, when it branched out to making perfumes. More specifically, the No. 5 fragrance.

Coco Chanel’s No. 5 fragrance was a huge success, and, seeking to grow the business out across the world, Chanel brought on venture capitalist Pierre Wertheimer in 1924 to grow in the North American market.

A new company was established with a shareholding split of 70% owned by Wertheimer, 20% owned by Bader, and 10% owned by Coco Chanel.

The uneven split caused a rift between the founders, with Chanel accusing Wertheimer of exploiting her talents as a fashion designer and as a businesswoman.

Chanel hired a lawyer and attempted to renegotiate the contract, which ultimately failed, so she set up a rival Swiss parfumerie under the name “Chanel perfumes.”

In the end, Wertheimer settled the quarrel by paying Chanel out with $400,000 in cash and giving her a 2% running royalty for the sale of No. 5 perfume.

Since then the ownership of Chanel has been passed down for generations in the Wertheimer family, first to Pierre’s son Jacques, and then to Alain and Gerard.

Little is known about the brothers who now own the brand, but they own several vineyards across France and are enthusiastic equestrians.

The two brothers also own Mousse Partners, one of the world’s largest and most discrete family offices in the world.