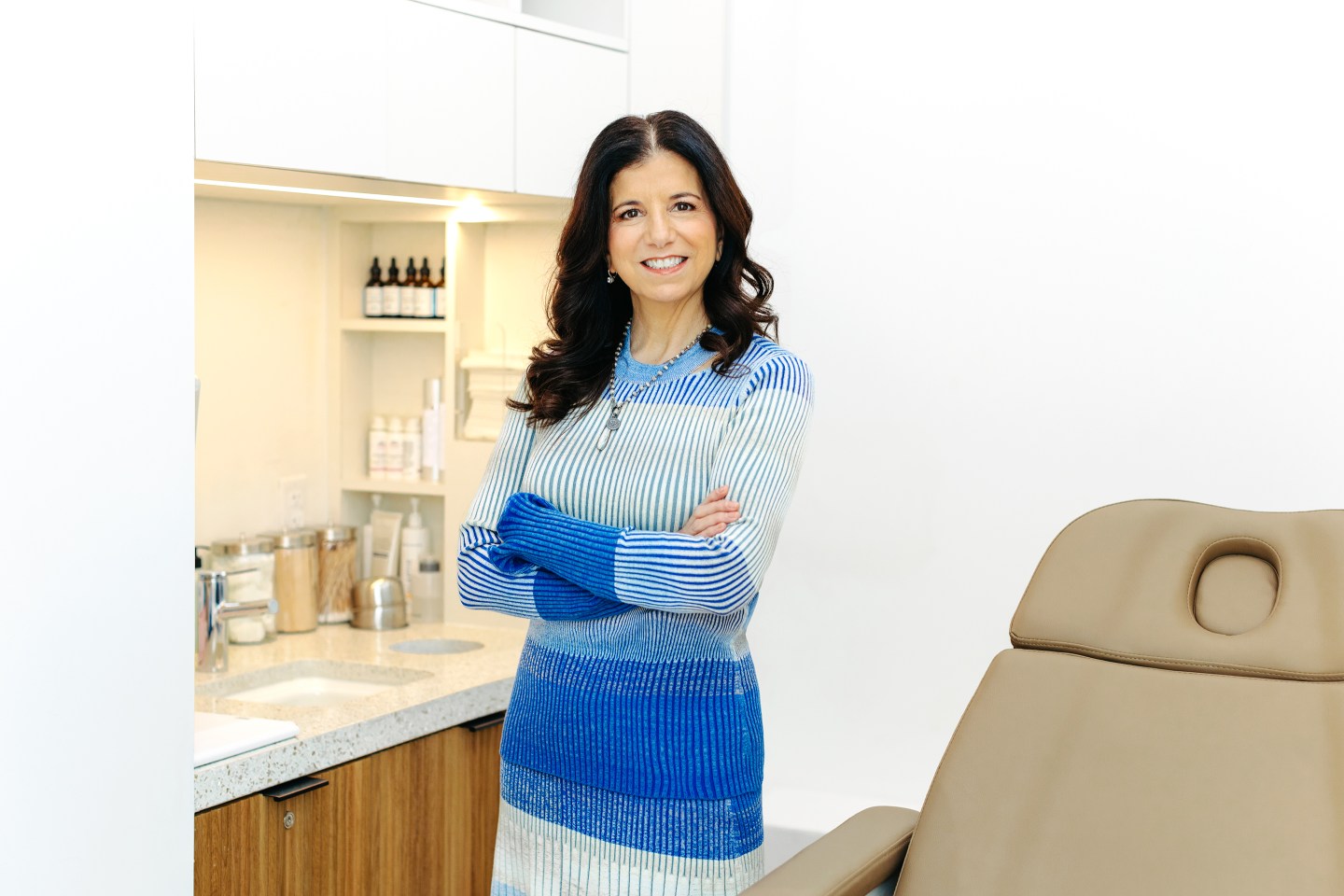 Good morning, Broadsheet readers! Female S&P 500 executives control just 1% of all shares, Sheryl Sandberg’s Lean In philosophy is a key motivator at one female-led venture firm, and a three-time CEO takes on her next challenge. Have a wonderful Wednesday.

– Third time’s the charm. Amy Shecter is no stranger to running a business. The three-time CEO led CorePower Yoga and the on-demand beauty services business GlamSquad—not to mention stints at the president and VP level at apparel brands Tory Burch and C. Wonder—before taking on the chief executive job at the cosmetic dermatology chain Ever/Body in 2020.

Almost two years later, she’s leading Ever/Body into its next chapter. The New York-based company has raised $55.5 million in Series C funding, Fortune is the first to report. The round was led by existing investor Addition, with participation from Tiger Global, ACME Capital, Declaration Capital, Fifth Wall Ventures, and Imaginary Ventures. While Shecter has raised capital before—GlamSquad was a venture-backed business—this particular milestone at this particular job is especially monumental for her.

“I feel like it is the crescendo of what I’ve been doing in my career,” Shecter says of leading Ever/Body. “I have led digitally native businesses and opened a lot of retail stores around the world. This business is an opportunity to flex both of those muscles.”

Ever/Body has about 75 employees and operates three locations in New York. Shecter plans to use the capital infusion to open six more storefronts in New York and Washington, D.C. by the end of 2022. Investors are bullish on the cosmetic dermatology space, which includes services like Botox, fillers, and laser hair removal performed outside of a traditional doctor’s office setting. (The company says its aestheticians and injectors go through up to 500 hours of training.) Citing data from Grand View Research, Ever/Body estimates that the total market for the services it offers is $73 billion. The average customer is 37 years old and returns three times in six months; 60% of clients purchase a second unique service, the company says.

Shecter’s experience at Ever/Body also speaks to another trend: the founder-to-experienced CEO pivot. Much like Glossier’s transition from founder Emily Weiss to new CEO Kyle Leahy and a similar changeover for founder Julie Wainwright at resale platform The RealReal, which was announced just yesterday, Ever/Body mirrored a similar executive jump. Shecter took the reins from Ever/Body founder Kate Twist in 2020, about a year after the company’s launch (Twist until recently served as board chair).

“I have tremendous respect for founders,” says Shecter, who’s previously served in high-level roles at brands like Liz Clairborne and Cole Haan. “I come into this business with a proven track record of how to morph from a founder-led business to a founder [co-operated] business. I now have the opportunity to help operationalize different facets of our business.”

At just under three years old, Ever/Body is a younger business than some other leading consumer brands, yet it made its corner office transition at an earlier stage than most. Its Series C round brings the company’s total capital raised to more than $100 million, says Shecter. “There is more demand for us right now than we can capture.”

- Election results. Rep. Karen Bass will head to a runoff against billionaire Rick Caruso in the Los Angeles mayoral race. Former Rep. Abby Fikenauer lost her primary bid to challenge Sen. Chuck Grassley for his Iowa Senate seat. Gov. Kristi Noem won the GOP primary to run for reelection in South Dakota. In New York, Gov. Kathy Hochul last night faced primary challengers in the first debate of the state's gubernatorial race. Hochul maintained her momentum as the leading candidate in the race after the debate.

- The 1%. While women make up a quarter of the top executives at S&P 500 companies, they only control 1% of shares, according to research from Swedish gender data company ExecuShe. Male S&P 500 executives held about $770 billion of shares in 2020, whereas women only held $9 billion. The disparity still held even when outliers like Elon Musk were removed from the data. Bloomberg

- State surveillance. Women’s rights activists in Poland, which has a near-total abortion ban, fear that a new ordinance on medical data will track pregnancies. Health minister Adam Niedzielski signed the ordinance on Friday, expanding the amount of information saved in a central database, including patient information on allergies, blood type, and pregnancies. Niedzielski says only medical professionals can access the data, but opponents worry the information could be used by police and prosecutors against patients who end pregnancies. Yahoo News

- New rules. The International Skating Union overwhelmingly voted to gradually increase the minimum age for senior figure skating competitions to 17. The measure was prompted by concerns for the protection of minors after then 15-year-old Russian figure skater Kamila Valieva tested positive for banned substances before the Winter Olympics in February. NBC News

- On hold. Wells Fargo is temporarily shelving a hiring policy intended to diversify the interview candidate pool for higher-salary roles. A previous New York Times report found that hiring managers were conducting sham interviews with non-white and female candidates, often after an offer had been made to someone else, as a way to meet the requirement. The policy will be reviewed in the coming weeks and relaunched with adjustments in July. New York Times

- Store suitors. Kohl’s is in advanced negotiations to be acquired by Vitamin Shoppe owner Franchise Group. The deal would value the department store chain, led by CEO Michelle Gass, at $8 billion. Franchise Group offered to buy the company for $60 a share, giving the two parties a three-week exclusivity period to finalize. Wall Street Journal

- Not over yet. Jessica Cisneros, the primary challenger to Rep. Henry Cuellar in South Texas, is filing for a recount of their May 24 runoff election. Cuellar, the only anti-abortion Democrat in the U.S. House, leads by only 197 votes with 99% of all ballots counted. "I owe it to our community to see this through to the end," Cisneros said in a statement. CNN

The only woman at the ICO Elle

Why is changing your name after marriage still such a hard decision? Washington Post