Strength in numbers: How women from Twitter, Facebook, and Uber are teaming up to fund Silicon Valley’s future 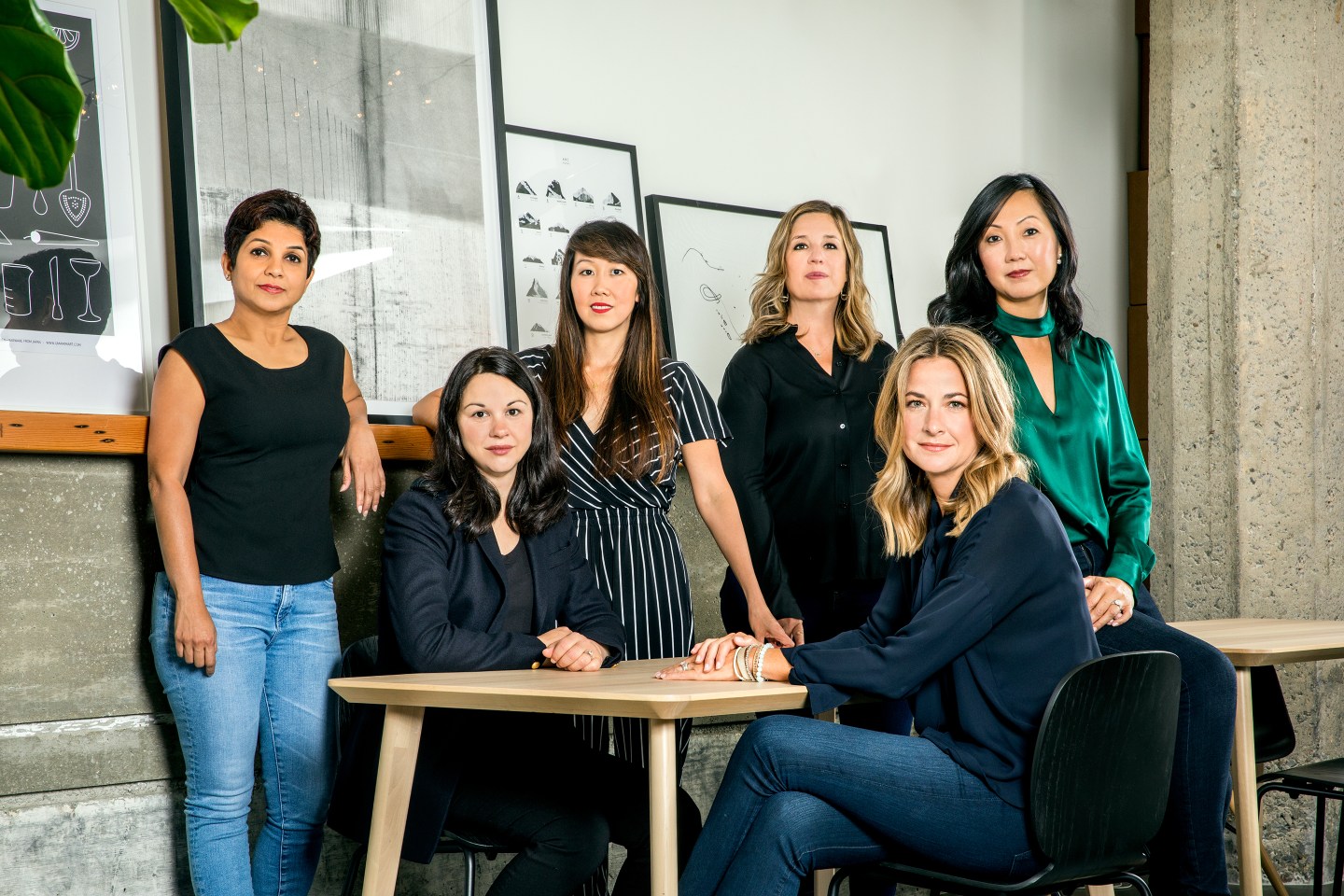 In the five years since five Twitter alumnae and one current executive banded together to invest in startups as #Angels, they’ve often heard one comparison: the “PayPal mafia.” A moniker popularized by Fortune in 2007, the nickname refers to the group of Silicon Valley bigwigs—Peter Thiel, Elon Musk, Reid Hoffman, et al.—who came out of the payments platform and used their payouts from its acquisition by eBay to shape the next generation of Silicon Valley startups. The #Angels laugh at the comparison, but they don’t entirely disagree. “We’re the new Twitter mafia,” says #Angels cofounder Jana Messerschmidt, a Lightspeed partner and former vice president of global business development and partnerships at Twitter.

Today the analogy is more apt than ever—to a growing number of groups. As the companies that the PayPal mafia helped build, including Facebook and Lyft, transition into their post-IPO eras, more Silicon Valley women are coming into investor-level money. And many are taking a cue from #Angels’ strategy: Pooled together, their capital is more powerful than one woman’s alone.

Late last year, the #Angels were joined by F7—a group of seven former and current Facebookers—and by a still nascent group of 10 women who worked at Uber and have since gone into venture at separate firms, sharing deals and opportunities across their network. Together, these three groups could mold the next generation of Silicon Valley.

These investors would certainly love to find the next Facebook, but they’re more mission-driven than their predecessors of a decade ago. Given their makeup, all are attuned to the gender dynamics of Silicon Valley—even if they’re not exclusively backing women. Last year, U.S. female-only founding teams received just 2.2% of venture capital funding. Altogether, female founders took in $10 billion less than the ­e-cigarette company Juul did by itself. Some of these investors are also involved in All Raise and other organizations aiming to get more women funded and into VC partnerships, but these groups are about making the investments themselves. “We need more female voices shaping innovation, and we need that from both founders and funders,” says Kelly Graziadei, a former director of media partnerships for Facebook and a founding partner of F7.

Since March, F7, the only one of these groups to formally create a fund, has made eight investments with a modest average check size of $50,000 (the founders are investing their personal capital and haven’t sought outside money to grow that amount yet). Nearly half of those investments have been in female-founded companies. Since 2015, #Angels has backed more than 120 startups, from Carrot (fertility care) to Bird (e-scooters), and says it’s starting to see long-term results. Uber’s network, which includes investors at Kleiner Perkins, Sequoia, Redpoint, and GV, is just getting started on sourcing deals through one another—mostly via a very active WhatsApp group chat—but its investors are interested in women’s health and, of course, autonomous vehicles.

There’s a reason these groups are taking shape among former colleagues. Investors from all three networks mention the trust developed from their time in the trenches together—and a level of comfort discussing money that comes from working side by side in a business context. “The network of people who have been through hypergrowth together—it creates bonds for life,” says Frédérique Dame, a former product and engineering manager at Uber who’s now a partner at GV. “We all speak the same language.”

Unlike the PayPal mafia, who mostly struck out on their own or in duos or trios, these women are sticking together. In a venture landscape in which women make up 11% of venture capital decision-makers and men hold 91% of startup equity—the ­money that often turns into angel investments—solidarity has its advantages. “It’s so comforting and supportive working with six other women who have so much experience to bring to the table. It makes it less scary,” says Yvette Lui of F7, who was a director of sales and global partnerships at Facebook and had done only a little bit of angel investing prior to F7. As Robyn Reiss, also of F7, puts it: “Angel investing is not competitive. There’s no reason not to share.”

The women of #Angels are flattered—and encouraged—by others following in their footsteps. The founding of their investment collective formalized a long-standing practice of angel investors collaborating across their networks, but “almost exclusively among men,” says #Angels’ April Underwood, former director of product at Twitter and former chief product officer at Slack.

With more women coming into liquidity through this year’s IPOs, could there soon be more groups taking shape? These investors would certainly welcome such a change. “Hopefully, we’re in the early stages of a trend,” Underwood says. She quotes Supreme Court Justice Ruth Bader Ginsburg, making #Angels and its peers Silicon Valley’s answer to the correct number of women on the bench: “When there are nine.” Or when there’s a cap table with only women on the page.

Six former Facebookers and a current executive pooled their money in a fund last year. With an average check size of $50,000, the fund has backed eight startups, including coworking startup Codi, tech-sales job platform Flockjay, and nonprofit funding platform NPX.

Ten alumnae went into venture firms including GV, Kleiner Perkins, and Sequoia. Partners are sourcing deals from their network in categories like women’s health and autonomous vehicles.

A version of this article appears in the November 2019 issue of Fortune with the headline “Strength in Numbers.”

—Cloudflare co-founder Michelle Zatlyn: “Somebody should” decide what to delete online
—Racism made Huda Kattan feel “really ugly”—then she created a billion dollar makeup empire
—How Best Buy’s Corie Barry went from being seen as “a risk” at the company to its CEO
—Old Navy CEO says inclusivity is the key to the apparel brand’s growth, now and post spinoff
—How a corporate board can engage on company culture
Keep up with the world’s most powerful women with Fortune’s Broadsheet newsletter.