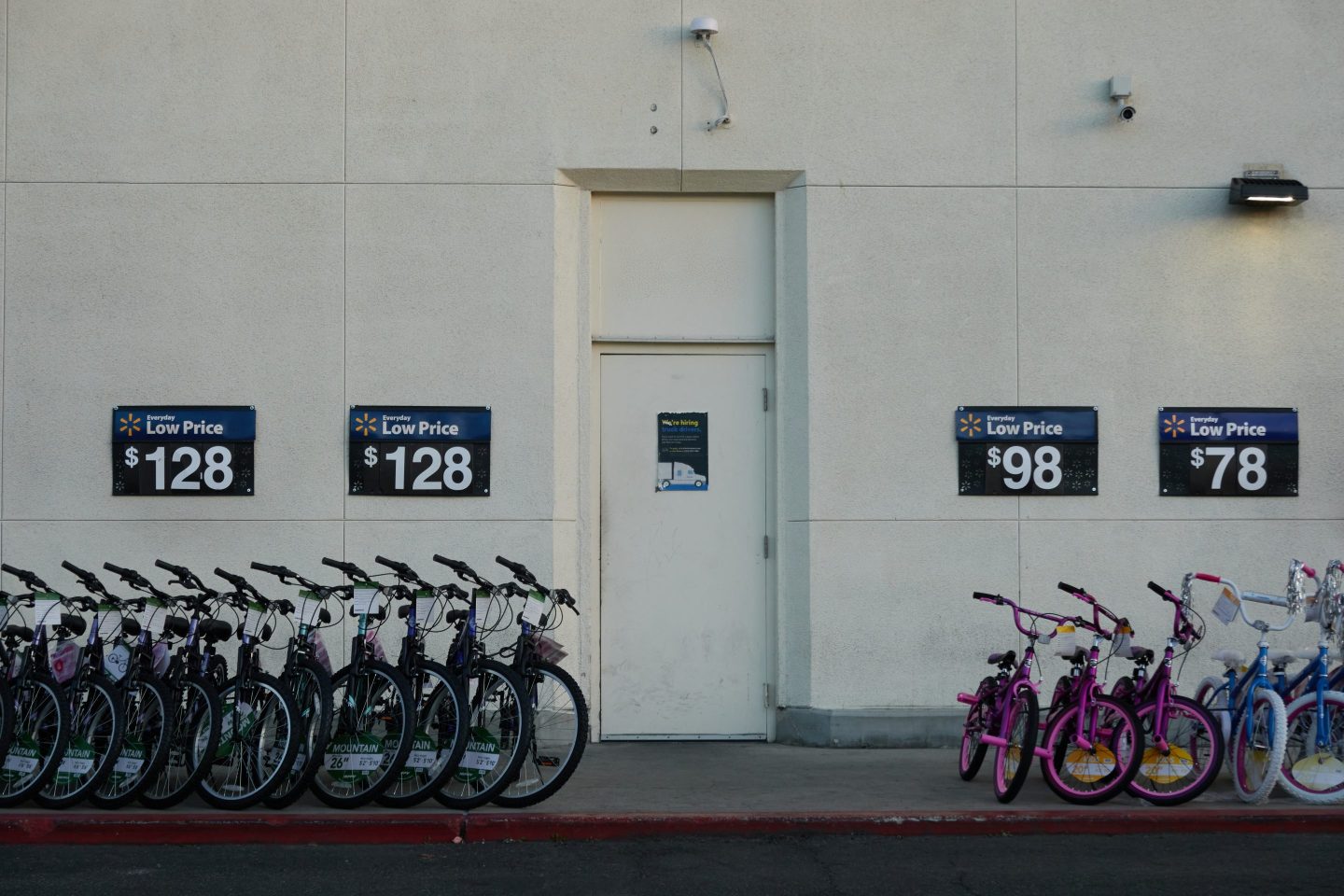 Bicycles for sale outside a Walmart store in Torrance, Calif., on Sunday, May 15.
Bing Guan—Bloomberg/Getty Images

Walmart Inc. said it needs another two quarters or so to work through an inventory surge that prompted markdowns and contributed to last month’s steep stock decline.

About a fifth of the 32% jump in inventories last quarter came from merchandise piling up more quickly than the company wanted, said John Furner, chief of Walmart’s U.S. operations. Another chunk of the increase came from the desired replenishment of goods after supply-chain disruptions last year led to more out-of-stock items.

“It’s probably another couple quarters until we manage the inventory down to where we want it,” Furner told financial analysts Friday after the retailer’s annual employee meeting in Fayetteville, Arkansas.

It was the first time Furner and Chief Executive Officer Doug McMillon faced Wall Street since Walmart cut its profit outlook May 17, prompting the biggest one-day stock plunge since 1987. McMillon said Friday that the retailer is looking to trim expenses while working with suppliers to limit price increases.

Managing inventories is part of that effort, he said, since the company spent more on storage costs in the first fiscal quarter, which ended in late April.

To soften the impact on households and compete with dollar stores, he said Walmart plans to limit price hikes on basic goods such as canned tuna and macaroni and cheese.