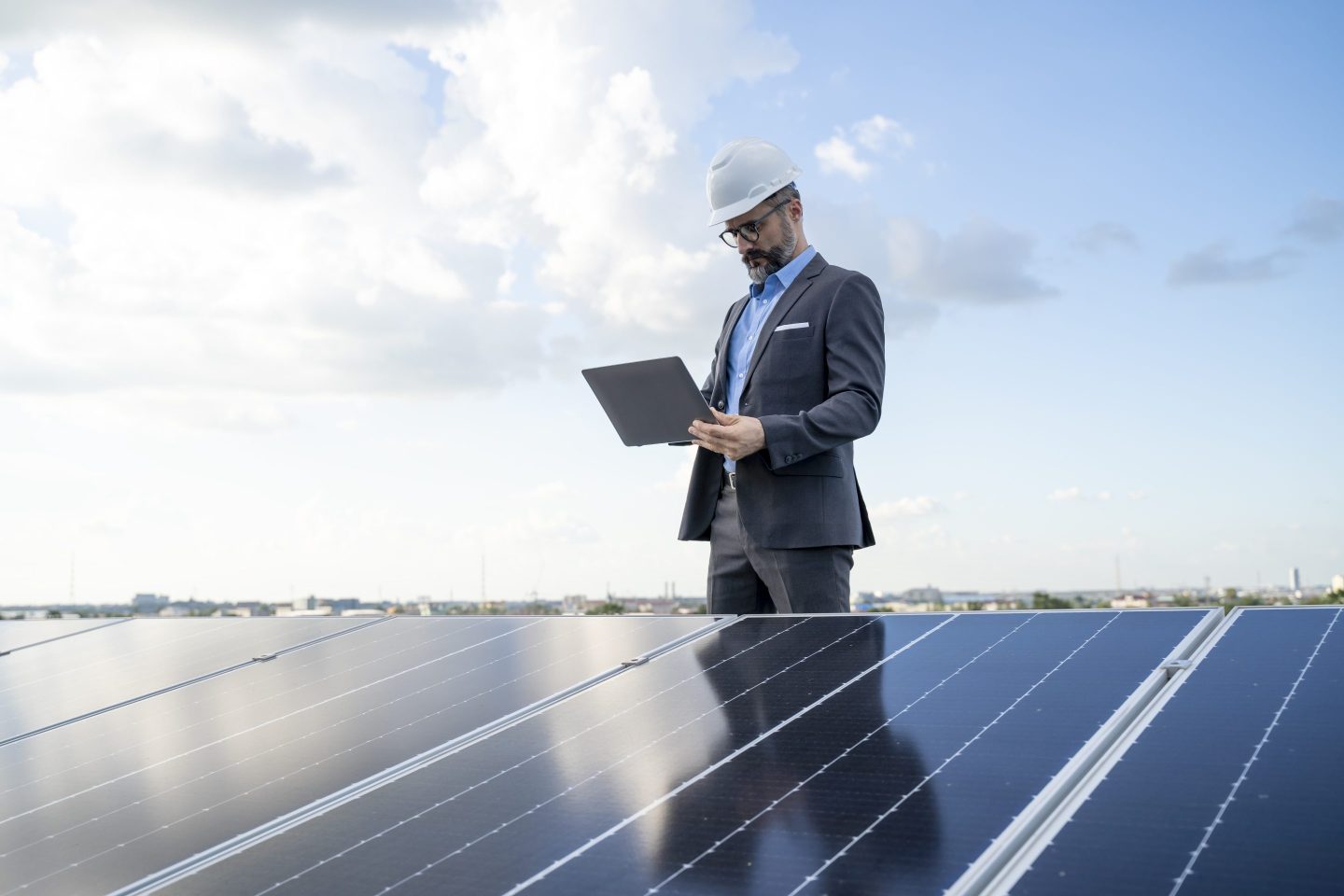 “The SEC’s proposed metrics could significantly bolster ESG investing, and could compel some to enhance policies that will have positive impacts on both the environment and their business,” writes Shane Khan.
Courtesy of Getty Images

There is about $35 trillion in ESG-related assets under management worldwide, and that number is only going to grow. If that is going to actually mean anything when it comes to how companies are run, how they’re impacting the environment, and how they’re treating their workers—if ESG is going to be authentic—then we need detailed reporting standards.

The U.S. Securities and Exchange Commission is catching up to the European Union in this respect when it comes to the “E” in ESG, with a proposal on thorough environmental reporting in American companies’ annual 10-Ks. That proposal came in response to a shift in investor interest and public opinion. Investors have formed coalitions that promote and invest in a “net-zero” future, rewarding companies with the best policies and actions toward the environment and creating pathways for nonperformers to achieve net-zero targets. A majority of the American public is now also concerned about climate change and think companies have a role to play in addressing its impacts.

To see where companies stand before a version of this proposal becomes reality, JUST Capital recently produced The Current State of Environment Disclosure in Corporate America—and some of the results were shocking. Of the Russell 1000, 35% release no data related to climate or the environment.

We found that voluntary corporate disclosures across the 13 metrics we considered were all low. The lowest disclosure of only 7% was on the presence of a science-based target—that is, one designed to help limit planetary warming to only 1.5 degrees, specifically verified by the Science Based Targets Initiative. The highest disclosure rate (57%) was around Scope 1 and Scope 2 emissions, the direct and indirect emissions from a company’s operations.

As those numbers suggest, the majority of America’s largest companies do not disclose on the majority of these topics. Indeed, looking more closely, we found that the average company disclosed information on only three of our 13 metrics. We also found that the largest companies represented on the Russell 1000 disclosed about three to five times as much information as smaller companies. Despite this, we also found evidence of high disclosure practices among some of the smallest companies (which arguably aren’t particularly small, with market caps of $500 million to $7 billion).

With this in mind, it becomes clear that ESG investors don’t have the data they need to comprehensively assess a company’s environmental impacts, let alone compare impacts from company to company. That’s why the SEC’s proposal is promising. It standardizes the reporting requirements of Scope 1, Scope 2, and, to a certain extent, Scope 3 emissions, mandating the disclosure of the amount and intensity of emissions that cause global warming. Perhaps an even more promising aspect of the proposal is its requirement that companies explain how they would achieve net-zero goals and other stipulated climate targets, providing investors (and ESG researchers like ourselves) with a rich trove of information.

Aside from appeasing the investors clamoring for more standardized ESG data, the SEC’s proposal closely mirrors American sentiment. Americans resoundingly agree that corporations have a moderate to high impact on addressing climate change, be it through committing to greater product sustainability, climate goals, or transitioning to clean energy. Even more so, roughly 86% of Americans support federally required environmental disclosures from corporations.

These disclosures called for by the SEC are unquestionably material, impacting companies’ short- and long-term financial and social prospects, and adequately addressing the climate avoids risks to the entire system. These proposals, in some ways, formalize data inputs that have long been used by investors. If passed, they will create standardized, comparable, decision-useful data to identify climate leaders who are often rewarded by investor strategies. Companies on less favorable trajectories will attract new investor attention and engagement, and will certainly face investor and peer pressure to improve.

These are nontrivial challenges, but luckily, standout leadership on these issues already exists across numerous industries.

Microsoft, for example, is the only company to report on all 13 metrics we studied. In a recent release, the company noted an increase in its greenhouse gas (GHG) emissions; it acknowledged that this represented performance on the company’s emission reduction commitments, and doubled down on its commitment to achieving net zero.

S&P Global discloses GHG emissions for Scope 1, 2, and 3, providing year-on-year data, which effectively gives anyone visiting its website the ability to monitor its progress. The company recently went further and called for a “cultural change” to preserve its environmental ambitions, even if current leadership changes while on its pathway to net zero.

These companies and other corporate leaders are showing that there are solutions to linking environmental plans to core strategy, where the work contributes to not only building a world that is livable, but also to minimizing well-cataloged climate risks to businesses—thereby ensuring profits, people, and planet have a shared future.

Our work has shown that the SEC’s proposed metrics could significantly bolster ESG investing, and disclosure would potentially compel some to enhance policies that will have positive impacts on both the environment and their business. And looking beyond all that, there is a clear opportunity for bringing this level of depth to standards around social responsibility, the “S” in ESG, and we’re eager to see where the SEC goes on that.

Truly legitimizing ESG will be a gradual process that takes time, but is one that the American public—whether they are investors or not—wants to see happen.

Shane Khan is the head of research at JUST Capital.