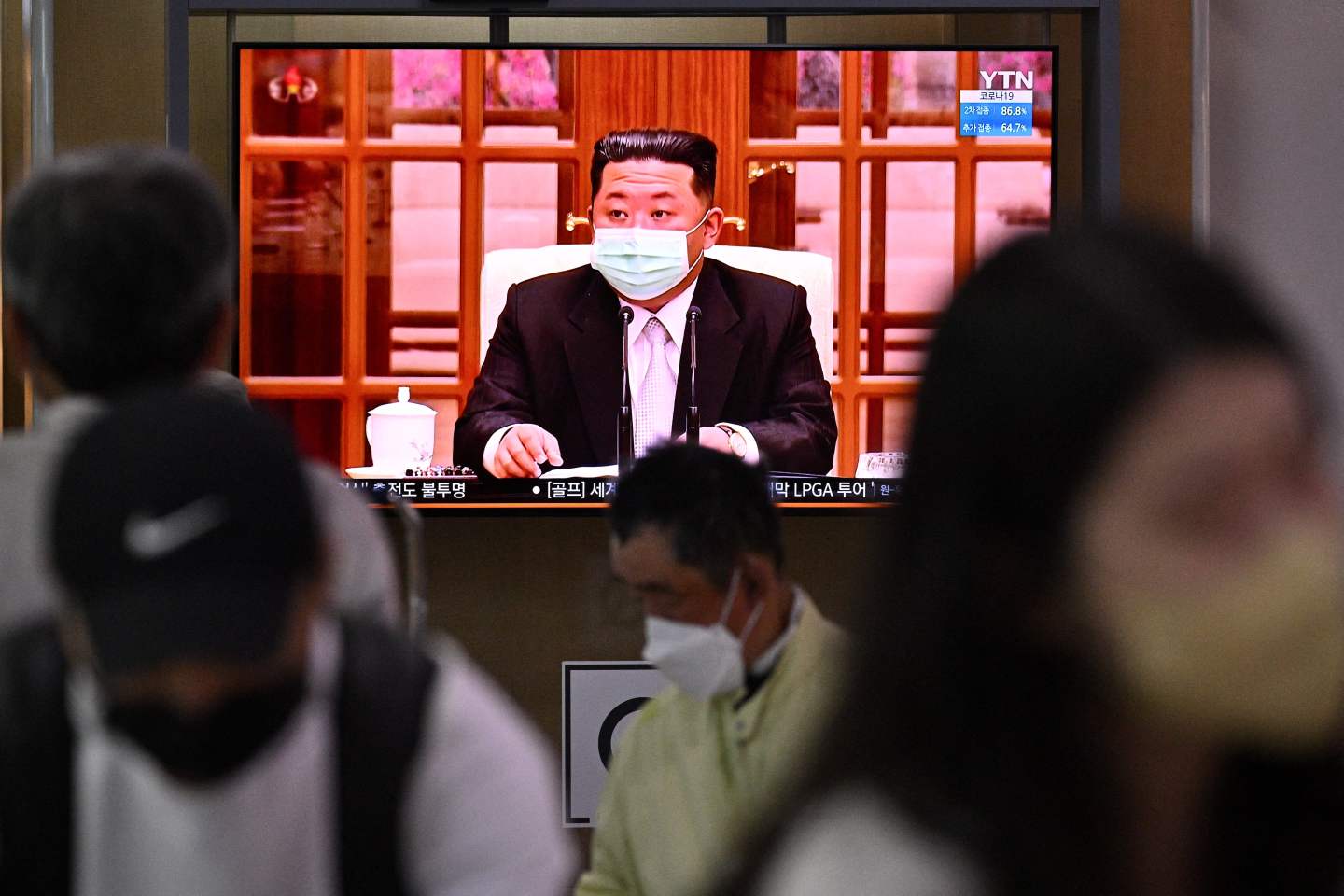 People sit near a screen showing a news broadcast at a train station in Seoul on May 12 of North Koreas leader Kim Jong Un appearing in a face mask on television for the first time to order nationwide lockdowns after the North confirmed its first-ever Covid-19 cases.
Anthony WALLACE—AFP via Getty Images

There were about 296,000 cases of fever with 15 deaths, the Korean Central News Agency said, adding to the more than 170,000 cases reported the previous day. The total death toll stands at 42.

Kim has ordered a lockdown of major cities since the country said earlier this week it found a Covid case within its borders. With some 820,000 cases reported since, Kim is seeking to beef up quarantine efforts as the outbreak has the potential to devastate a population that relies on an antiquated health care system and remains largely malnourished, with likely no vaccines.

In a Workers’ Party meeting on Saturday, Kim called on officials to be confident they can contain the contagion as the outbreak remains limited to certain areas and to learn from other countries, especially China, on ways to deal with it, the Korean Central News Agency reported.

He also criticized party organs for “incompetence and a lack of responsibility” and called for preparing the political organization to win the fight.

Until Thursday, North Korea had denied it had any Covid cases, a claim doubted by experts in the U.S., Japan and other countries. It has also refused vaccines from the outside world.

The administration of new South Korean President Yoon Suk Yeol, who has pledged to take a tough line on Pyongyang for its security threats, offered to send Covid vaccines and other medicines.

North Korea closed its borders more than two years ago with China, its biggest trade partner. Along with international sanctions, the measures have walloped North Korea’s sanctions-hit economy.