The autistic community is having a reckoning with ABA therapy. We should listen 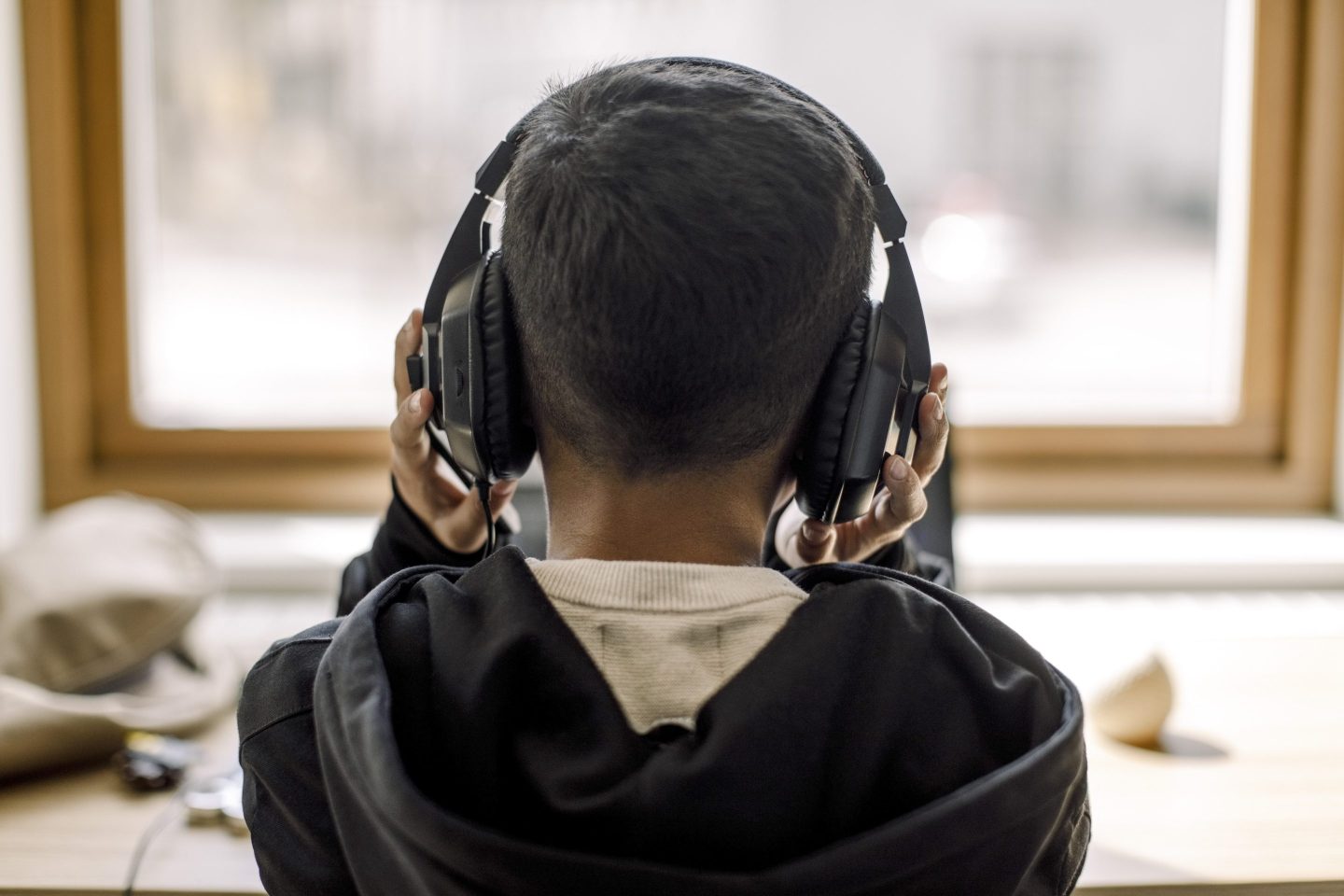 Private equity has shown initiative in its jump into autism services in recent years–a move that acknowledges the support autistic individuals and their families need.

In 2018, Blackstone acquired the Center for Autism and Related Disorders, the world’s largest autism therapy provider. Similar acquisitions by other firms soon followed.

In their efforts to streamline responsive services for this population, investors and others within and outside of the autism community should be aware of the paradigm shift happening around autism services as new evidence emerges, and particularly Applied Behavior Analysis (ABA) therapy, one of the main interventions for the disability.

ABA has been in my family’s life since my younger brother was diagnosed at the age of four in the 1990s, and I was about six years old. It is based on theories of behaviorism and operant conditioning, and is known as the gold standard by many in the caregiver and professional community.

However, several factors in recent years have compelled me to break away and try to shed some light on a troubling dynamic that exists in this space–and elevate the voices of those who have been hurt by ABA, in the hopes that others in both the professional and consumer communities will listen.

Last year, I retracted an article I wrote as a law student in a Harvard law journal, which gave a history of how health insurance came to provide coverage for ABA and argued for expanded access to coverage throughout the U.S.

The process of writing the initial article brought me into contact with several parent advocates and professionals in the community who then invited me to work with them as they launched a new organization centered around litigating to improve access to autism services, and primarily ABA, throughout the nation.

At the time, I didn’t realize the set of experiences I’d have over the next few years would be as significant and perspective-altering as they turned out to be.

A desire to conform

Autistic self-advocates have been speaking out about the harmful nature of ABA for a few years now, and they’re being largely ignored. They assert ABA is abusive and unethical because it aims to “extinguish” autistic traits and “normalize” children, otherizes benign behavior, lacks evidence of effectiveness, works against the development of key life skills and independence, and leads to serious, trauma-based mental health phenomena, and increased suicidality.

Many have bravely shared their personal experiences publicly, on social media, through blogs or online support groups, as well as through organized action. They’ve compared ABA to the type of conversion therapy the LGBTQ community has suffered. They’re onto something.

ABA’s creator, Ole Ivar Lovaas, had ableist views and was involved in prominent gender and sexual non-conformity experimentation studies as he developed ABA precepts in the 1970s, but you’d never know this from the way ABA’s history has been sanitized and framed within ABA-supporting communities. There’s a cult-like following to ABA, which flows largely from the medical model of autism, which portrays autism as a tragedy to be treated and cured.

Most families get involved with ABA following a child’s diagnosis, when they’re unsure about the next steps, and are attracted by the advertising of ABA organizations, which promise to improve their child’s life. What most hadn’t realized until recently is that any gains made come at great cost to the child, that while therapists delivering ABA have had training in behavior modification they’ve had no required training in autism, and that for most autistic people, in the long term, the risks outweigh the rewards.

Much of what the anti-ABA community is trying to vocalize I’ve seen validated in my work as a lawyer. In 2017, I began my career in legal aid, representing low-income disabled adults in obtaining Social Security government benefits to pay for food and shelter, which involved extensive disability history and medical reviews in order to establish eligibility.

I was exposed to a broad cross-section of the disability community, and what I witnessed regarding interventional methods didn’t fit what I had been taught.

Most of my autistic adult clients never received ABA due to its early unaffordability, and instead relied on other services to aid in language and skillset acquisition. Meanwhile, the autistic adults I saw who were ABA recipients–as well as several families I encountered in community advocacy whose autistic adult children had been in ABA programs–fared only marginally better in functioning, and presented with one or more of anxiety, depression, OCD, insomnia, and Post-Traumatic Stress Syndrome.

I didn’t interpret a cause-and-effect relationship upon these observations alone. Many of my clients have complicating external factors like domestic violence and poverty, the quality of healthcare services can vary, and the population sample size wasn’t large enough to draw this conclusion definitively.

However, with so many independent personal accounts from autistic individuals and families, as well as a new scientific movement, any reasonable observer cannot confidently deny that ABA is negatively affecting the autistic population.

In 2019, a neuropsychologist released a co-authored article with a parent and service provider citing research that shows the unsuitability of ABA for autistic individuals, the current lack of scientific testing regarding ABA’s effect on “lower-functioning” and nonverbal autistic people, and highlighting the drivers of expanded use, including the potential current market size of $17 billion annually.

This was followed by the pro-ABA community’s response, which argued that ABA isn’t unethical or ineffective because therapists are bound to the scope and manner of practice within the ABA Professional and Ethical Compliance Code, that there are hundreds of studies demonstrating ABA’s success at reducing behaviors considered problematic by consumer families, and that autism is a neurological disorder and ABA is a scientific approach that provides real-life support for families seeking treatments.

Having grown up in a pro-ABA community, I can attest to many of the misperceptions and flawed assumptions about autism identified by autistic individuals. And I agree with the original authors who issued further, compelling rebuttal in 2021, and find the structures and incentives inherent to the business of ABA, the conflicts of interest involved, and their ethical and human rights implications, deeply concerning.

A conflict of interest

Despite the fact that addressing a spectrum condition with a one-model-fits-all approach is counterintuitive and that “in no other area of child development does the government prescribe and mandate access to” one packaged therapy, ABA has developed a quasi-monopoly.

The messaging is that it’s the most effective intervention available, and that “if you don’t work with an ABA provider, your child has no hope.” So, many families don’t realize they’re putting their loved ones through a costly and traumatic program because they feel this is the best care they can get and the outcomes they hope for are the closest to an idealized normal.

ABA’s monopoly is maintained by the scientific community’s lack of research into and investment in alternative techniques that address autism as both a cognitive and existential experience rather than just a behavioral one–an approach adult autistics who have undergone ABA have described as violating the fundamental tenets of bioethics, as well as the United Nation’s Convention on the Rights of Persons with Disabilities.

It’s also been propped up by lackluster scrutiny of the quality of the science justifying ABA. A 2021 study analyzed the prevalence of conflicts of interest among autism intervention researchers and found that 84% of studies had at least one author with a conflict but that these conflicts were only disclosed in two percent of studies. Furthermore, 87% of studies with authors who included statements claiming the authors didn’t have conflicts were authored by researchers found to have clinical and training experiences that would qualify as conflicts.

Researcher conflicts of interest don’t always mean a study is biased, but failing to acknowledge them can indicate the researchers haven’t taken appropriate measures to protect against bias.

Even more concerning, ABA has become “the single most reliable way to make money in the human services field beyond being a physician.” Its profitability is enabled by a combination of legislation (now in all 50 states) requiring insurance companies to cover it as a medically necessary treatment for autism, and by private investment.

That there are multimillionaire behaviorists is not by itself unethical, but the misalignments between payment mechanisms and treatment reveal that the feedback loop that would normally communicate a practice is abusive or ineffective is disconnected.

Most autistic people cannot choose to participate in or leave ABA–it’s selected for them by family members, who reap most of ABA’s benefits. As autistic individuals have begun to speak about the traumas they’ve experienced with ABA, I’ve seen caregivers, practitioners, agencies, and businesspeople support them by listening and working to enhance their platform and join the call for empathy, investigation, and construction of responsive solutions that are inclusive of the narratives and experiences of autistic individuals themselves.

I’ve also seen many in the pro-ABA community suggest those complaining lack an understanding of their own experience or about what it’s like to care for someone with autism while holding themselves out as autism experts to the government and public.

I don’t hear or see anyone in the anti-ABA community denying the struggles of autism or arguing against the need for services. These people are merely asking to be heard, respected, and to have abusive practices stopped. I find their accounts credible and gut-wrenching, and, with private equity now involved, the business of ABA will reach new heights in years to come, with many more people affected.

If the otherization of Black, LGBTQ, and other marginalized groups has taught us anything it’s that the U.S. struggles with perceiving, addressing, or otherwise preventing violations to human lives that diverge from those considered “mainstream.”

Real progress doesn’t manifest until you work with the community you’re trying to help, and even the most dogmatic practices can be productively changed if those who are not as injured by them are as indignant as those who are.

I have no doubt the insurance and private equity communities, and those well-meaning but unaware in the ABA space are trying to be supportive. So was I. But my brother is my best friend and the only person I know with complete integrity, and I’ve seen the traumatic effects of ABA on him. I find the cognitive dissonance within the pro-ABA space alarming–and not calibrated towards his best interests.

The conception of autism that rests solely on the medical and caregiver-informed model is now outdated and needs to be re-centered around the autistic person’s experience. Autism research shouldn’t be exempted from typical standards of scientific rigor, and we should take autistic accounts of abuse seriously.

Growing into a better, more balanced understanding of autism means thoughtfully considering and taking seriously the words of autistic people. A healthier framework, which prioritizes autistic voices while still including stakeholder voices, is possible.