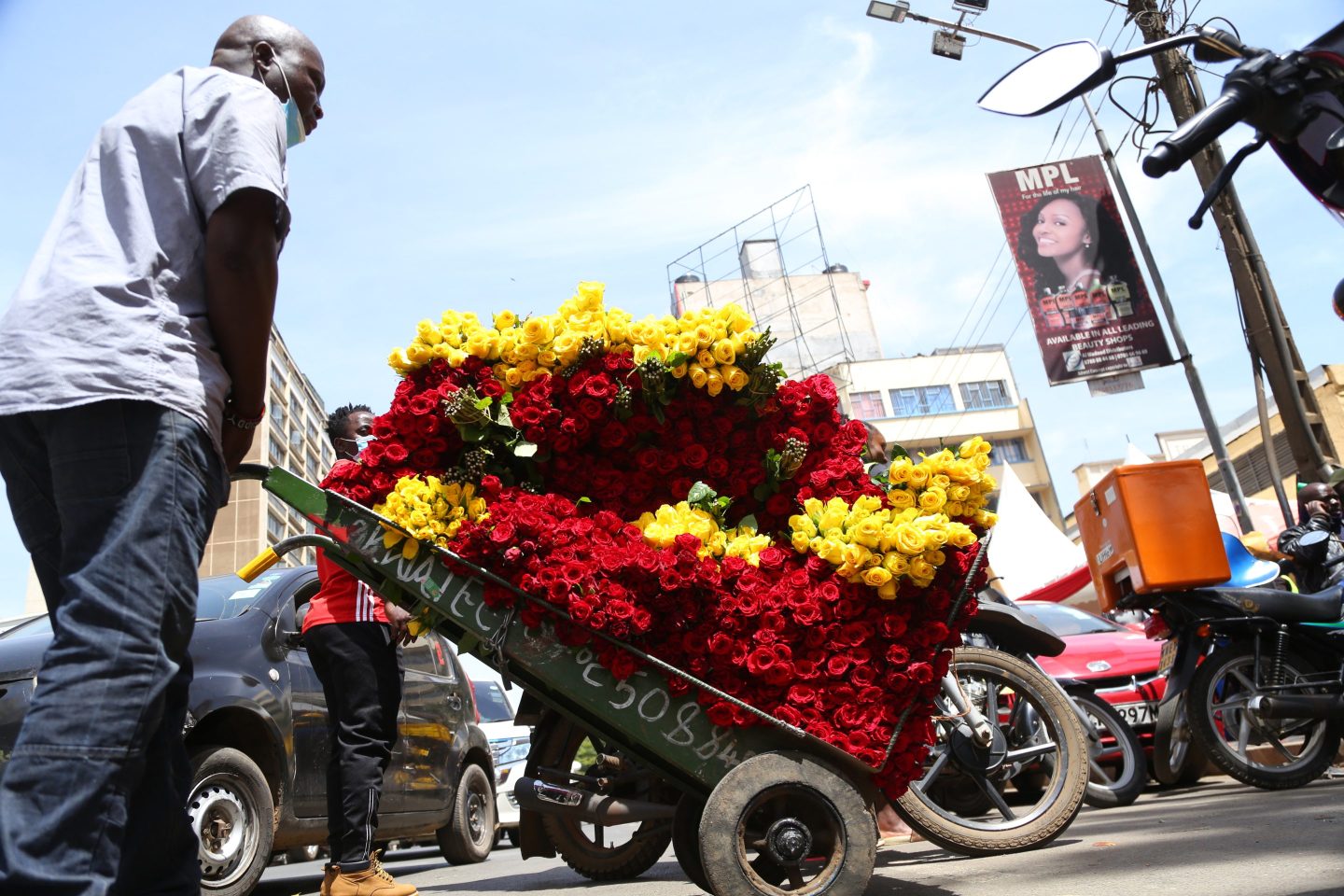 A man seen transporting flowers for sale to City Market in Nairobi at the Valentine's Day celebration in 2014.
Billy Mutai—SOPA Images/LightRocket/Getty Images

Russia’s invasion of Ukraine has stalled fertilizer supplies thereby hurting production of flowers from roses to lilies. In Europe, an energy crisis has hit greenhouse operations, according to Royal FloraHolland, which runs three auctions in the Netherlands. While output has suffered, gradual opening up of the world economy and celebrations such as this weekend’s Mother’s Day have buoyed demand.

Kenya and Ethiopia are the main suppliers of flowers to Europe, while Colombia and Ecuador are the biggest exporters to North America. The Netherlands is the largest hub of flower trade globally.

While sales are unlikely to match last year’s in Europe, they will still be significant, according to FloraHolland which saw record revenue of of 5.6 billion euros ($5.8 billion) in 2021.

“So far the demand is not dropping,” FloraHolland spokesman Michel van Schie said by email. “The products that normally would go to Russia, Ukraine and Belarus” are finding their way to other markets, he said.

Mother’s Day, which will be celebrated in more than 90 countries on Sunday, is the second-highest sales period for Kenyan flowers. It accounts for about a quarter of the annual income, while Valentine’s Day makes up about 35%.

Demand is better this year and the strengthening of the dollar and the euro will yield solid earnings, Tulezi said in a phone interview. Volumes will be hit by a shortage of fertilizer—its cost has climbed by as high as 50%.