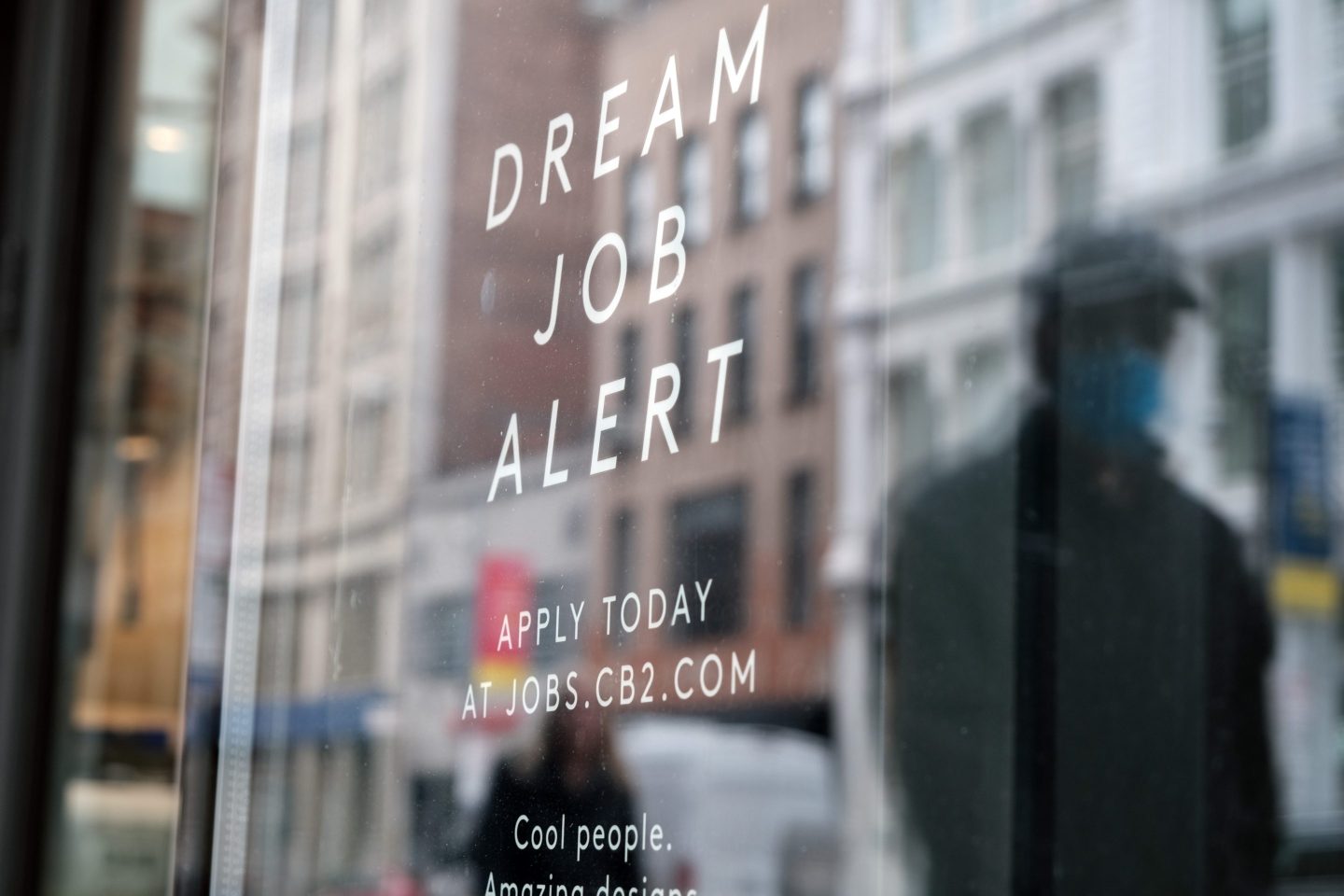 This week’s business news headlines might have job-seekers worrying that the hot market could be cooling. The Federal Reserve hiked interest rates. The Dow and Nasdaq continued to fall after a cruel April. And there’s a lot of buzz in Silicon Valley that hiring is slowing and more layoffs are on the horizon. Oh, and don’t forget about all that recession talk.

In this game of musical chairs, where employees are hopping from job to job in search of the best pay and benefits package, is the music about to stop? Should we all be grabbing a seat and holding on tight so we don’t find ourselves without a chair when the next downturn comes?

Yes, the U.S. is starting to see some changes in the economy—and in the labor market—due to changes in consumer behavior as the pandemic recedes and the Fed starts to raise interest rates, says PNC Chief Economist Gus Faucher.

But these are the “normal sorts of ebbs and flows that we see during expansions—not an indication of imminent recession,” Faucher tells Fortune. “I wouldn’t read too much into individual company announcements.”

In fact, U.S. employers added 428,000 jobs in April, according to the latest data released Friday by the Bureau of Labor Statistics. That might not be as jaw-dropping as some of the monthly job numbers seen earlier in the recovery, but it still depicts a strong labor market, says Diane Swonk, chief economist for the accounting and consulting firm Grant Thornton.

Overall, there’s continued job and wage growth, unemployment benefit claims are still near record lows, and the overall unemployment rate is below 4%—all indicators that things are still very good for American workers, Faucher says.

So for now, the job market is still hot. Those who have been laid off will easily find new jobs, particularly among well qualified or highly skilled workers, argues Mark Hamrick, Bankrate.com senior economic analyst.

The ratio of job openings to workers remains at 1.8, matching the second highest on record. “That means quit rates will remain elevated,” Swonk tells Fortune. The U.S. needs to see a “much more dramatic blow to the demand for workers,” which is more than 60% above the pre-crisis peak of February 2020, before quit rates drop significantly, she says.

Another factor driving all the job-hopping is that workers who take new roles are more likely to see higher pay, Hamrick says. “I would expect the job market to remain quite dynamic at least in the near-term and as long as the unemployment rate is at historically low levels.”

Still, while there are lots of good opportunities out there for people looking for new roles, Faucher says he expects job-hopping is going to slow over the rest of this year. “People have moved into jobs that are better fits, and so the opportunities for improvement going forward will be more limited,” he says.

The Fed’s drive to lower inflation may also keep more people in their seats, with Fed Chair Jerome Powell acknowledging the ride was “not gonna be pleasant.” Rate hikes will push borrowing rates much higher—and that could cause more companies to tighten their belts. And there’s potential this could have an impact on Silicon Valley, where some experts are concerned that higher interest rates might mean lower funding rounds. The days of free-flowing capital could be ending. Then again, as Jacob Carpenter reported in Thursday’s Data Sheet, “fears of a bubble bursting are likely unfounded.”

Still, it’s arguably better to be over prepared, as the leverage workers have now may not last past this year. And since no one wants to be the “last one hired,” job seekers may want to make sure they’re looking for a stable position. “For most adults, the focus should be on the long-term potential for a job, but that’s always the case,” Faucher says.