Commercial drones could be the answer to Ukraine’s logistics nightmare 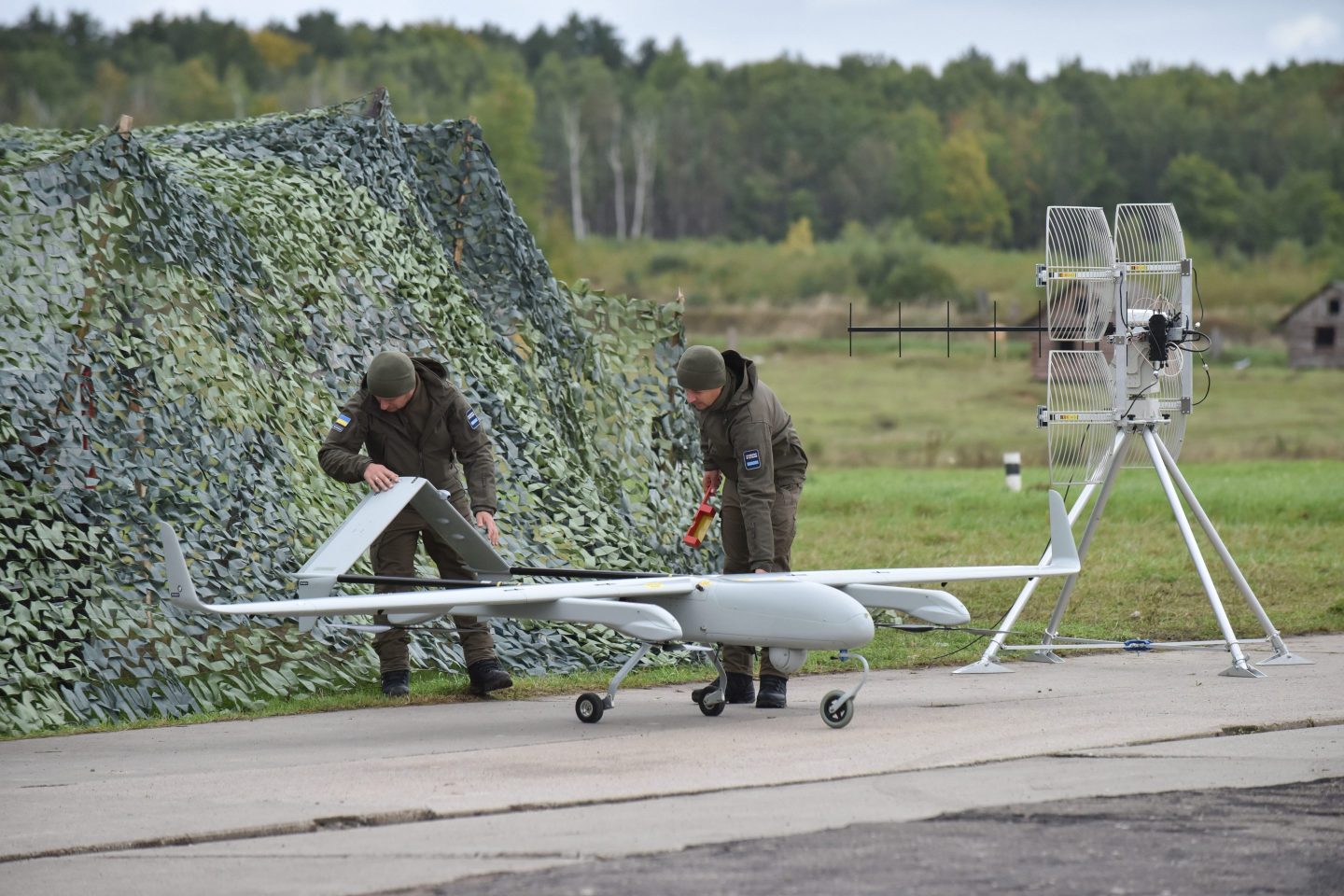 Military-grade drones supplied by allies have helped Ukrainian forces fend off Russian attacks, but vital aid remains stuck in the western part of the country, far from the frontlines where they are most needed.
Pavlo Palamarchuk - SOPA Images - LightRocket - Getty Images

Since the start of the conflict in Ukraine, unmanned air systems (UAS), otherwise known as drones, have played an important role in the defense of the country against Russian aggression.

However, their true potential to support what every war veteran knows can win or lose a war–logistics–is yet to be unleashed.

We are missing a huge opportunity to provide a more diverse range of technological solutions which will be a deciding factor in what is now a battle of attrition: using heavy-lift commercial drones for the delivery of supplies into areas cut off by Russian forces.

In any war, food, fuel, ammunition, and medical re-supplies to frontline troops and besieged civilians are critical to success. With more than 100,000 people still trapped in areas dominated by Russian forces, delivering these key resources quickly, regularly, and without further risk to human life is a must.

In many areas, delivering supplies by rail, road, or traditional air transport is either extremely risky or impossible due to military activity.  Every day, volunteers risk their lives to deliver supplies to Ukrainian frontline forces or beleaguered civilians, and sadly, many give their lives in doing so.

There has to be a better way.

We know that Russian forces will shoot down everything they see in the air but by bringing several civilian and commercial technologies into the mix, rather than focussing entirely on the provision of military systems, it is possible to create elusive, shifting supply lines across the country and into hard-to-reach areas.

An army of air drones from a range of global manufacturers can deliver a range of cargo from 20kg to 500kg of critical supplies to locations across Ukraine. With a huge range of fixed-wing, rotary-wing, gyrocopter, and hybrid aircraft operating in a coordinated network of short and long-range supply lines, we could provide an almost inexhaustible supply of anything that front line forces or trapped civilians might need without risking a single human life.

Flying at night, close to the ground, and employing specialist technology to allow flights in areas where Global Navigation Satellite Systems (GNSS) are jammed and coatings designed to significantly reduce radar cross-section, it would be possible to significantly enhance supply lines to frontline locations and Russian-dominated areas. Of course, there would be losses–but replenishing these unmanned vehicles would be rapid and cost effective.

Understandably, Ukrainian requests for air drone technology focus on the need for military-grade offensive systems and small Chinese camera systems because they have been, and continue to be, effective in a rapidly moving conflict.

The missed opportunity is that, in the desire to supply Ukraine with what it is asking for, it seems no one is considering alternative methods for turning the tide against Putin’s aggression.

More could be done if we think creatively about how we can use drones to help people across Ukraine gain better access to the supplies that nations across the globe have so generously donated.

Coupled with the ingenuity and the determination of the Ukrainian people, I believe that this can make a huge difference in the struggle ahead, keeping frontline forces and trapped civilians supplied. To win the war in Ukraine, we need to focus on logistics, not material.

Robert Garbett is the founder and CEO of Drone Major Group, a London-based drone consultancy business.