Venus Williams reflects on her fight for equal pay at Wimbledon 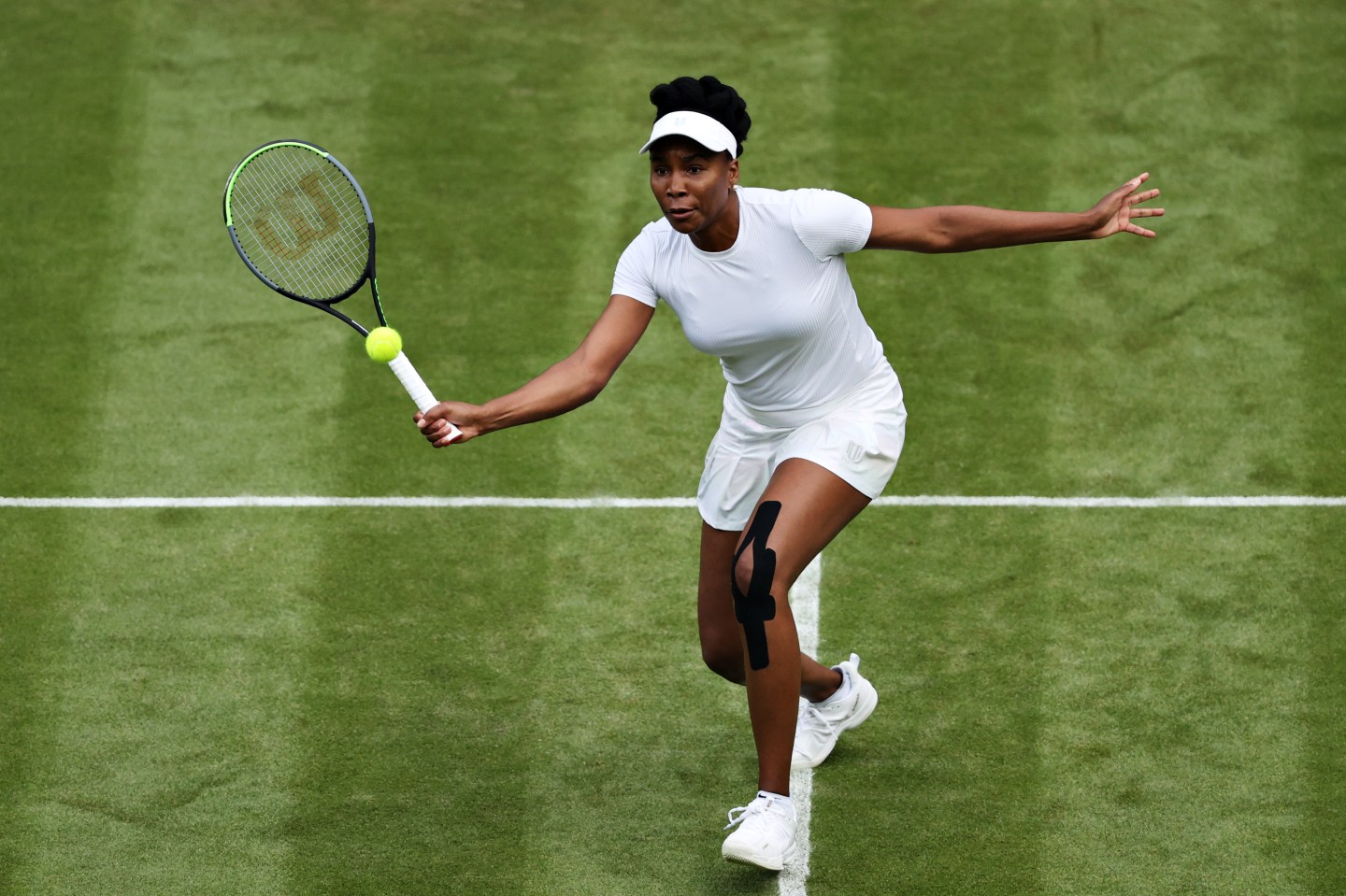 Good morning, Broadsheet readers! Jill Biden hosts an educational White House Easter Egg Roll, Allyson Felix will run one last track and field season, and Venus Williams has been fighting for equal pay since she was 18. Have a fabulous Monday.

On that list should be seven-time Grand Slam champion Venus Williams, who, in the mid-2000s, played an instrumental role in securing equal prize money for men and women at Wimbledon, the last of the four major tennis championships to close its gender pay gap. (Ava DuVernay even made a 2013 ESPN documentary about the battle.) Williams first spoke out about the gender gap in prize money when she was competing at Wimbledon at age 18, before securing the victory for women’s sports in 2007, nine years later.

By the mid-2000s, Wimbledon’s pay gap was smaller, with a 5% difference between the £655,000 and £625,000 checks for men and women. Still, Williams kept the pressure on the British championship, starting in earnest with her 2005 singles title. After a direct appeal to the governing body failed to achieve immediate results, Williams wrote an op-ed in the British press, saying that the disparity sent a message that she was a “second-class champion.” In 2007, Williams became the first women’s singles champion to earn truly equal prize money, equivalent to $1.4 million, when she won the competition for the fourth time.

Last month, I spoke to Williams about her fight for equal pay as she launched a marketing campaign to close the gender pay gap through her lifestyle brand EleVen. Calling in from a youth tennis clinic in Florida, Williams reflected on what inspired her to tackle this issue as a young athlete and why she’s still advocating for equal pay today.

This interview has been edited and condensed.

On why she started her fight for equal pay:

Unequal pay was something I experienced from a young age, and I didn’t want any other young woman to have to go through that.

It was something that I never planned. I just wanted to go and be my best and try to be the best in the world. But then, when you get there, you have to do something about it. Very much the same way Billie Jean King wanted to play tennis, and then she ended up starting the tour, I had an opportunity to do something so much greater than what I was accomplishing on the court for myself.

On whether the campaign for equal pay affected her game:

Not at all. Being on the court for me is very freeing. I’m very focused on that and nothing else. I was able to compartmentalize it and I enjoyed doing that work. It was an honor. It was a privilege. But it was challenging, it was hard, it was frustrating.

On the process of securing equal prize money:

Every year we would present to the Grand Slam committee, and we were turned down. That had been going on since women’s tennis started as a professional paid sport—30 years of being turned down. That was a very, very difficult thing to swallow.

I think we were all ready to fight for the next 30 years if we had to. Two years was much shorter than we expected. And it was just the most exciting feeling of relief.

On the connection between the fight for equal pay in tennis and other movements:

All of it’s connected, right? When we saw women’s soccer achieve that as well—that was the best moment of the year for me.

It’s not only about the pay, it’s about the opportunity. When we have opportunities, we’re able to contribute to our families, our communities, our lives. When women don’t have those opportunities, the community suffers. It is the same conversation, whether it’s in offices or on the sporting courts.

- Eggcellent! For the first time in two years, the White House hosted its annual Easter Egg Roll. First Lady Jill Biden chose a theme for the event inspired by her decades as a teacher: "EGGucation." CNN

- Police report. Mask mandates are serious business in Scotland—so much so that police received a complaint that First Minister Nicola Sturgeon violated the rules. Ahead of local council elections today, Sturgeon was seen at a campaign stop inside a barber's without her face mask. A spokesperson for Sturgeon's Scottish National Party said the time without a mask was an error, while conservatives have pointed to the mishap as a sign of hypocrisy. Guardian

- One last run. The 2022 track and field season will be Olympian Allyson Felix's last in the professional sport, she announced last week in an Instagram post. "I have given everything I have to running and for the first time I’m not sure if I have anything left to give," wrote Felix, who became known for her fight for pregnancy protections for athletes at Nike. In her last season, Felix said she'll be "running for women." Washington Post

- Girls' club. New York politics has long been an old boys' club, but Gov. Kathy Hochul's takeover, following ex-Gov. Andrew Cuomo's ouster, has ushered in changes. Meetings in which every official and staffer is a woman are now commonplace, for example. Hochul's political career has often coincided with men's scandals. Now she's getting ready for the fight to keep her job in this year's gubernatorial election. New York Times

- On the job. Colleagues of Sen. Dianne Feinstein are worried about the California senator's ability to do her job, citing recent interactions where the 88-year-old struggled to follow conversations, experienced major memory lapses, and no longer held the same commanding presence she once did in the Senate. Four sitting senators were among those who raised concerns. Feinstein says she is "still performing her job well." San Francisco Chronicle

- Fancy that.  Sales for the clothing brand LoveShackFancy grew 125% between 2020 and 2021. Founded by Rebecca Hessel Cohen, a former fashion editor at Cosmopolitan, the brand is known for its over-the-top girly silhouettes, and has opened 11 stores since the pandemic's onset. New York Times

- Getting ready? The New York City Council enacted a pay transparency law earlier this year, requiring employers to give a minimum and maximum wage range in every job post. Now, employers are racing to figure out how to deal with pushback from current employees who may discover they aren't at the top of the pay band for their roles. The law is set to go into effect May 15, although efforts to delay the implementation are in progress. Wall Street Journal

Comedian Rebecca Corry on why the Louis C.K. sexual harassment story is finally becoming part of her act Variety