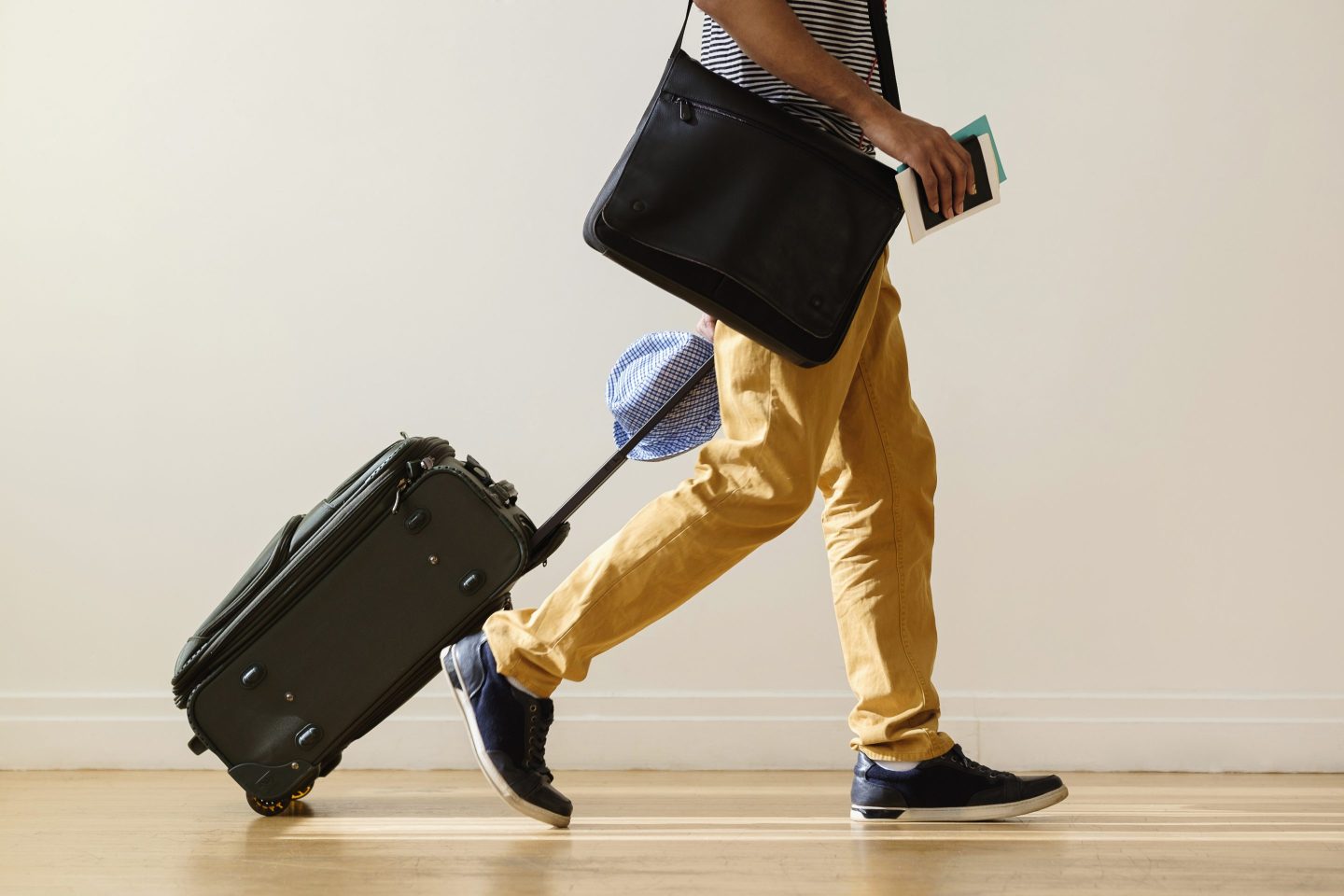 Black entrepreneurs can free up a lot of mental bandwidth to thrive if they don't have to fight battles on multiple fronts.
Getty Images

Even before remote work became a widely available option for workers as the world navigates a global pandemic, the ability to work anywhere with a laptop and an Internet connection has always been a fascinating part of entrepreneurship.

Americans who move, work, and build a business abroad are happier, according to a recent Future of Work Abroad survey. Location independence allows entrepreneurs to live a freer life not tied to consumerism.

This is especially true for Black entrepreneurs who are choosing to live, work and build their business from locations outside of the United States.

They are fed up with prejudice and they’re seeing that you can build a business in more inclusive countries that make Black entrepreneurs feel welcomed.

A different option for Black entrepreneurs

No one is born racist–it’s a taught and learned behavior. However, I’m not sure things will ever change in our country with states like Florida passing bills to keep younger generations from learning about race and prejudice.

Changing prejudicial systems can’t happen with states doing what they can to redraw voting districts to make them more favorable to keep legacy politicians in office.

Legal protections and the way systems are set up are the main difference between the way the United States and Europe deal with racism.

As a Black man in the U.S., I face situations like getting pulled over with the officer’s hand already on their gun, being questioned about my ability to support my children, or being called everything under the sun as a public entrepreneur. Shopping at a store, walking on a street, or asking for help, can be fraught with microaggressions.

I am one of those frustrated black entrepreneurs who chose location independence. I’ve experienced prejudice and racism more times than I care to remember. In late 2021, my wife and I decided it was time for a change. After our last child went off to college, we sold our house, car, and material possessions to travel full-time with no home base.

We’ve been in Europe for the past three months exploring cities, learning about new cultures, and operating our business from co-working spaces in Rome, Lisbon, Nice, and London. We’ve felt so welcomed as entrepreneurs of color that we’re exploring European residency.

Black entrepreneurs are not limited to building a business where they may have grown up. They have the option to create an online-only business or a productized business whose fulfillment is done through third-party services.

Simply put: There are more options in a globally connected business world.

Hervé Da Costa, a Black entrepreneur I met in southern France, has a unique perspective: He was born in France but went to college in the United States.

He participated in the creation of the Internet at the prestigious organizations HP Labs and the Xerox Palo Alto Research Center (XEROX PARC), and subsequently helped launch two startups, one of which was successfully sold and the other listed on NASDAQ. He got a Masters Degree from UC Berkeley, and proceeded to work for several major corporations in Silicon Valley for over sixteen years. There came a breaking point.

“I got tired of the societal roadblocks in the United States as a Black career professional. I wanted to start a business but kept running into hurdles as an aspiring black entrepreneur,” he told me. “It felt like my skin color was seen before I was given an opportunity to show what I had to offer.”

Hervé has been back in France for the last seventeen years. He’s a successful coach and consultant who trains leadership teams at some of the world’s largest corporations.

“I came back to France, and almost immediately felt welcomed. It was as if people in France were color-blind. That may not be the case but it’s what I’ve felt. My skin color is not a barrier here,” he says.

Black entrepreneurs fight battles on multiple fronts, and it’s draining. You’re dealing with all the everyday challenges of entrepreneurship while also dealing with people attacking you simply because of your skin color.

Location independence means you can take away a few of those challenges. It frees up a lot of mental bandwidth to thrive.

In Europe, I personally haven’t experienced outright prejudice or expressions of racism. It feels as if there’s an effort to understand different people and cultures and see humans as humans.

I’m not saying racism doesn’t exist in Europe, I’m saying they are making more of an effort on a system-wide level to be inclusive.

Bilel Sebihi, who owns and runs a self-defense school in Nice, France, travels to Los Angeles frequently. He explained how entrepreneurship is a way for people of color in Europe to avoid environments where they might face prejudice, but that this doesn’t always work in the U.S.

“I think that being an entrepreneur was my only way to get the life I wanted. To me, it seems like if you are Black or Arab in France, it’s better to be an entrepreneur than a salaried employee. You face some prejudice at jobs in France if you’re a person of color–at least that was my experience.”

There’s a desire to break with generational trauma

Racism in the United States has created generational roadblocks. It’s not uncommon for Black entrepreneurs to believe they are limited to living the same way their parents and grandparents did.

There’s a desire among Black people to break the cycle of generational trauma. Location independence allows Black entrepreneurs to experience everything the world has to offer. They’re not accepting what they would typically expect–and they’re setting an example for generations to come.

We’re living through an interesting moment in history. Remote work is becoming more mainstream, and companies are unsure how to navigate workers’ desire to move away from the office.

It’s easy to see why the location independence movement is growing in the African American community. Black entrepreneurs are not only embracing remote work–they’re choosing to build their life and business in locations that make them feel welcomed.

Kimanzi Constable is an author of four books and a freelance writer whose articles have been published in Forbes, Entrepreneur Magazine, Business Insider, SUCCESS Magazine, NBC, CBS, FOX, and 80 other publications and magazines. He’s a global traveler and digital nomad that has been to 83 countries and counting. Keep up with his global travels with his wife Cindy on their YouTube channel.