Naveen Jain had $5 in his pocket when he came to the U.S. After being ousted from his tech company, he started over in space and health. 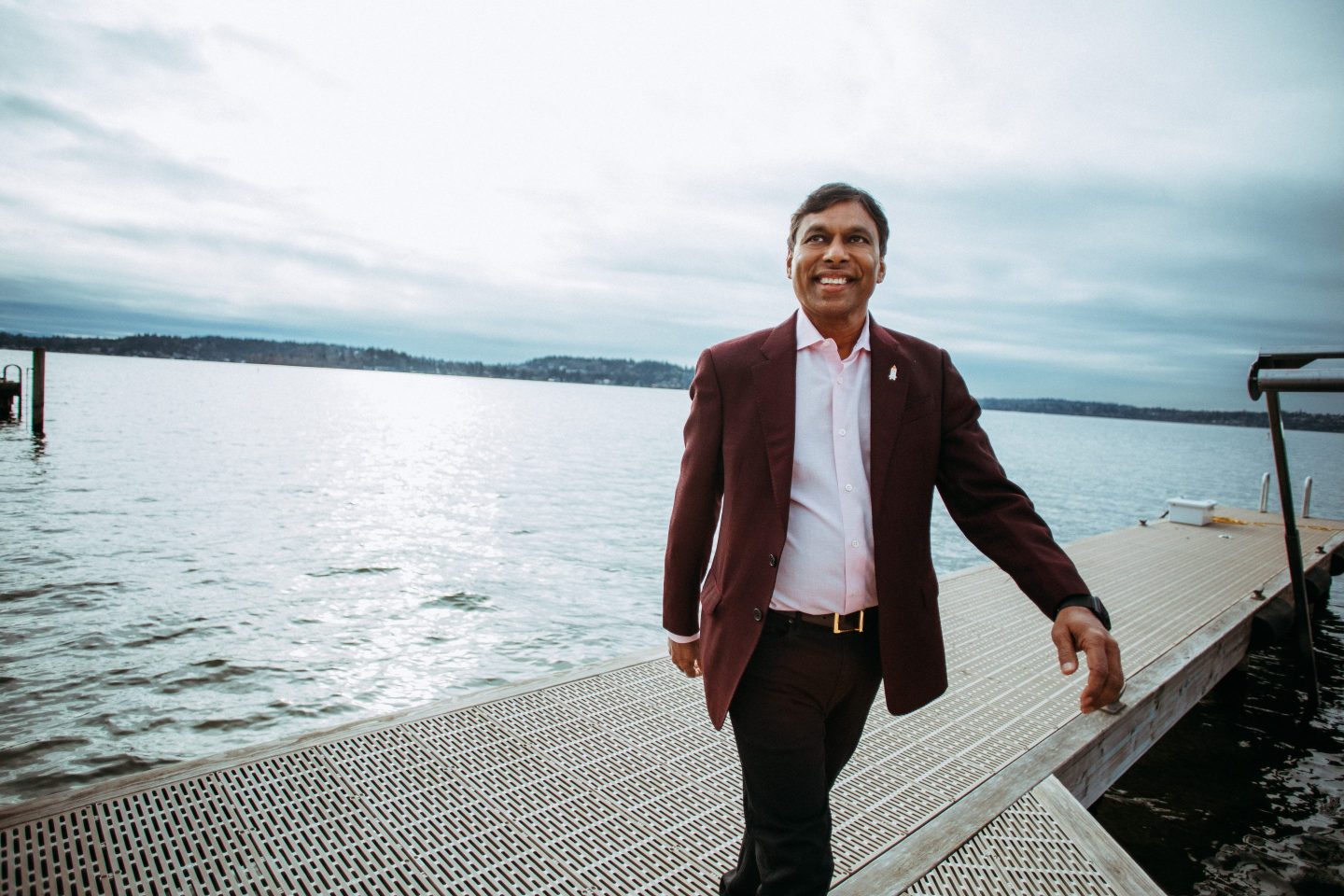 Naveen Jain’s net worth has been estimated as high as $8 billion. But it wasn’t always that way.

“The life of an entrepreneur is like a heartbeat. It goes up and down, and up and down, and when it’s smooth, you are dead. If you ever find yourself living life smoothly, that means you are living the life of a dead person, and that’s not the life you ever want,” Jain told Fortune in a recent interview.

This is one of the many lessons Naveen Jain, the controversial founder of InfoSpace, Moon Express, and most recently, dietary testing startup Viome, has learned in life.

Born into poverty in India, Jain spent a lot of his childhood moving from city to city, attending desolate schools lacking basic furnishings like chairs and tables.

But despite receiving a less than subpar primary education, Jain attended the prestigious IIT (also known as the Indian MIT), obtained his MBA, and landed in the U.S. for a work training. He had only $5 to spare.

After arriving in the U.S. and working for several tech startups, Jain moved up the ranks of Silicon Valley, working closely with Bill Gates at Microsoft.

Frustrated with his inability to make a big impact as part of a large corporation, he quit his job to start InfoSpace. The search engine and database eventually grew into a $31 billion enterprise at its peak. Jain’s personal net worth was estimated at $8 billion by The Seattle Times at the company’s peak.

Next came struggles. Jain and other InfoSpace employees were accused of using accounting tricks to prop up revenues and mislead investors. Employees also accused him of offering stock deals as part of compensation, then not following through. InfoSpace’s stock fell from $138 to $1.51 by the end of the dot-com bubble. Jain was forced out of the company in 2002, and later paid $105 million in an alleged insider trading settlement.

He went on to create Intelius, which provides background material on individuals. He paid $83 million to InfoSpace as part of a settlement alleging he used trade secrets to start his new company.

Jain started over with his company Moon Express, which became the first company to get the U.S. government’s approval to send a robotic spacecraft to the moon.

“To me, every entrepreneur probably has been told by a hundred people that ‘this is a stupid idea or this won’t work.’ Every idea is a crazy idea until the breakthrough happens…then it becomes an obvious idea.”

Jain says the people who often disrupt industries with their “crazy” ideas are often nonexperts who, because of their naivety, are able to challenge the foundation of everything that industry insiders take for granted.

“Think about it. Who would disrupt the space industry? It was internet guys like Jeff Bezos and Richard Branson. Who disrupted the automotive space? Wasn’t the GMs or any of the Fords…It was Tesla. It wasn’t the taxi industry that disrupted itself. It was Uber that came along and disrupted it,” he said.

As a tech professional with no health care background, Jain is now taking on the health industry with his wellness brand, Viome, which is on a mission to eliminate chronic illnesses and create a disease-free world.

Viome recently received a breakthrough device designation by the FDA to detect Stage 1 oral and throat cancer simply with a person’s spit.

Jain has amassed much success and recognition throughout his career, and he believes that life has been his biggest teacher through it all.